Well this storm is certainly something. THE WIND! The weather is acting like a Kindergarten teacher handing out toys and telling the kids they have to share. You get an umbrella, and you get a plastic chair, and you get a large box. Boxes make great toys. Everyone gets branches. FUN! 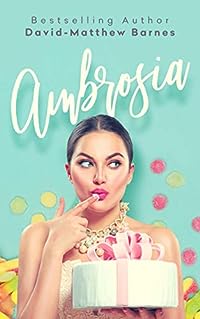 On the night of her 30th birthday, Tina Duncan is dumped by her musician boyfriend and left with nothing. When her best friend dares her to accept every date she’s asked out on for the next year, Tina accepts the challenge only to confirm her theory that the perfect man no longer exists. Tina’s life soon becomes one terrible date after another until she accidentally meets Oliver, a beautiful stranger who arrives at her front door to return her purse he’s found in a cab. Before realizing Oliver might be the man to prove her theory wrong – and is indeed the perfect man for her – he slips away and disappears.

Convinced she’s lost her one shot at true love, Tina embarks on a city-wide search for a man she hardly knows, but is quickly falling in love with. 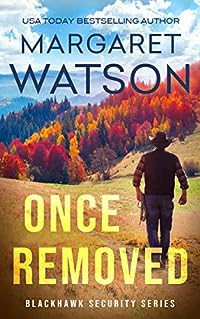 A STRANGER KILLED HER HUSBAND.
WHY DOES HE WANT HER DEAD TOO?

Finally! Lainey’s getting divorced from her abusive husband. All she has to do is verify his current address. But she finds the mysterious compound where he works deserted. As she investigates, she barely has time to smell gasoline before the building goes up in flames. She tries to climb out a window but someone tries to push her back in. Just when she thinks she;s about to die, a passing neighbor pulls her out of danger. A completely harrowing day.

But it keeps on getting worse. The firefighters find Ron, her estranged ex, dead in the building. The sheriff tells her straight out that he’s the number one suspect. And she learns someone’s broken into her house.

All that only gets you through a chapter or two– author Watson’s talent for heart-racing action is on full display here. But she’s not done upping the ante — Lainey’s rescuer is Brody, an accounting client on whom she’s long had a secret crush. And she can tell he reciprocates.

But the day your husband is murdered is the worst possible time for romance.

Still, since her house is clearly vulnerable, she has no safe place to stay. So she accepts his offer to stay at his ranch a few days, both agreeing to put their growing feelings for each other on hold. But it turns out that, though Brody’s ranch has great security, there’s no real safety for either of them. Because whoever killed her husband isn’t going to give up and they’ll go through Brody to get to her– unless the sheriff arrests her first.

It’s almost as much fun watching these two solve the murder as it is seeing them fall in love. Brody has both brains and brawn. Lainey’s got brains, nerve, and quick reactions. Best of all, they both have compassion. With all that in common, they could be a perfect pair– if it weren’t for the secrets between them… 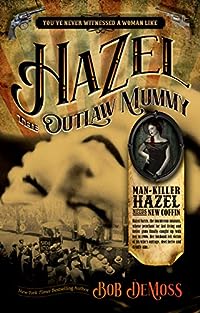 Did Hazel shoot the sheriff and his deputy? How did she become mummified? Did 500,000 people actually pay to see her remains?

Is her story a tall tale — or the real deal? Does a country carny hold the key to the truth? And, why do we hold on to things in life which should have been buried long ago?

This is a short story that will stay with you for a long time.

DeMoss has collaborated with Miss Kay and Phil Robertson/Duck Dynasty, Tim LaHaye/Left Behind, and Skip Yowell/JanSport. 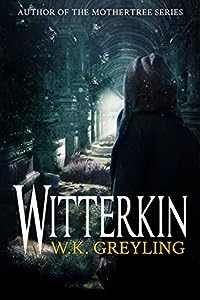 The mysterious plant-like beings known as Witterkin have been attacked and begin a viral spread, destroying everything they touch. Nya, a wise woman, and Yaro, the town Windsinger, try to heal the damage and halt the spread. However, something goes awry and they both slip sideways into another world. Nya emerges alone, greeted only by Yaro’s ghostly windsinging. During her dangerous search for him she must combat the will of powerful figures who wish to hold him for their own ends. But rescuing the man she loves won’t solve the bigger problem. The evil that harmed the Witterkin now threatens both worlds. To fight it, Nya will have to delve deep into her own mysterious heritage.

It’s hard to believe what some men will do for the promise of wealth. But every man has his price.

A young man returns home after deciding to quit his dangerous bounty hunting profession. He witnesses a friend’s murder. A promise is made. But his revenge becomes even more complicated when a half million dollars in gold bars are thrown into the mix. Can one man take down a clan of thieves and killers?

I invite you to begin this fact-paced, action-packed Old West adventure today. 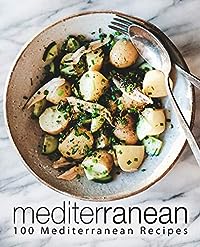 Get your copy of the best and most unique Mediterranean recipes from BookSumo Press!

In this book we focus on Mediterranean. The Mediterranean is a complete set of simple but very unique Mediterranean recipes. You will find that even though the recipes are simple, the tastes are quite amazing.

Here is a Preview of the Mediterranean Recipes You Will Learn:

• Soup of Carrots and Lentils

• A Turkish Soup of Red Lentils