Page 49 In the Instruction Manual

I assume I am the only one who doesn’t know how the fast forward button works on your eyeballs. This morning I woke up at 2:30am, which meant I still had another hour to sleep. I closed my eyes, and I must have activated the fast forward button on accident, because a few seconds later it was 3:30am and time to get up. I have Googled “How To Activate The Fast Forward Button on Your Eyeballs”, but nothing came up. Maybe it was in our Human Body Instruction Manual. I seem to have lost mine. I have done okay just winging it so far, but I could really use a copy. I think I may need to reboot this body. So many little aches and pains. I think I broke my finger a month or so ago and it just won’t heal. If anyone can please send me a copy of your manual or maybe a link to the instructions, that would be way cool. I have a few SUPER boring meetings coming up and I really need to know how to use that fast forward button. THANKS!!! 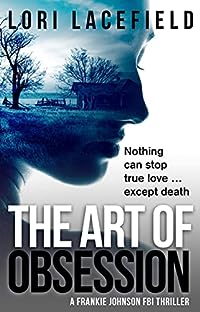 A man with a fanatical love for women. A steadily growing body count. An FBI agent on a mission to stop an expert with an unhealthy obsession before he makes her his final victim.

North Carolina. After a near brush with death, FBI special agent Frankie Johnson isn’t sure she’s ready to hunt another killer, but when local law enforcement discovers a young woman surgically mutilated and burned, she can’t say no. A unique scalpel left on the scene leads her to a twisted surgeon she is certain is the culprit, but with no other physical evidence to prove his guilt and her only witness suddenly dead, she fears she won’t be able to stop him before he seeks another victim.

Frankie bleeds for justice. But to prove her case and show the ranks she’s ready to lead, she’ll have to battle unexpected foes both inside and outside the Bureau. For her rogue ways have left her alone just as a man with a deadly obsession has set his sights on her, and nothing will stop him from getting what he wants.

Can she dissuade his passion before she becomes his final project? Find out today.

The Art of Obsession is the cutting second book in the FBI Local Profiler thriller series. If you like fascinating characters, quiet creepiness, and shocking twists, then you’ll love Lori Lacefield’s portrait of compulsion. Buy today or read for FREE on Kindle Unlimited. 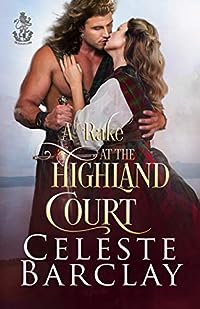 A Rake at the Highland Court: A Fake Engagement Highlander Romance (The Highland Ladies Book 5)
by Celeste Barclay

Can a lady-in-waiting resist the pressure to marry a stranger?
Cairstine Grant has spent two years carefully cultivating a reputation at court that is sure to drive away any potential suitor. Traumatized from an attack as a young woman, Cairstine is bound and determined never to marry and never to be subjected to a man’s control. She’d rather become a nun than a wife. But one obstacle stands in her way: her younger sister can’t marry the man she loves until Cairstine marries first. When Cairstine’s father refuses to consider her choice to become a nun, can Cairstine convince an unsuspecting friend to pose as her betrothed? Can she overcome the scars from her past and form a genuine partnership with a man she was never supposed to fall in love with?

Can a renowned rake reform his ways in time to protect a lady-in-waiting he never thought he would befriend?
Eoin Grant watched his twin brother, Ewan, fall in love and marry. A romantic at heart, Eoin hopes one day to marry and find true affection with his wife. But in the meantime, he’s happy to live the life of a bachelor. When Cairstine Grant blindsides him with a proposition to pretend to be her betrothed, Eoin realizes a real future with Cairstine might be better than pretend. But one obstacle stands in his way: Cairstine will only agree to a marriage in name only, and Eoin’s dreams of having a family one day. When Eoin’s feelings develop beyond friendship, can he convince Cairstine to trust him enough to see a future together? Can Eoin help Cairstine overcome her fears and prove that his feelings are pure?

Can a relationship based upon a falsehood grow into something real?
Stripped of her choices, Cairstine turns to Eoin for help, but she fears making a lasting commitment. Eoin’s conscience demands he help Cairstine when she asks for his help, but he’s not certain he can live with a lie that might tear apart his heart. When danger and necessity force them to decide, Eoin and Cairstine discover playing pretend isn’t just for children.

If you like steamy romance with touches of danger and suspense, then you’ll love Celeste Barclay’s A Rake at the Highland Court, a passionate addition to The Highland Ladies series.

Welcome to Robert the Bruce’s Highland Court, where the ladies-in-waiting are a mixture of fire and ice. The Highland Ladies, the STEAMY spin-off series from Celeste Barclay’s The Clan Sinclair series, returns to the Medieval royal court for love and intrigue. 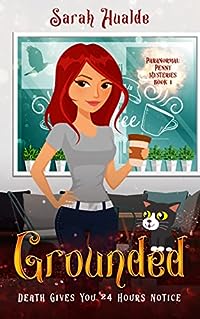 As the music played…
… she knew one thing.

Somebody was marked for death.

Penny Nicols is an 18-year-old girl with the “gift” of seeing terrible omens. It has kept her from making friends. She doesn’t want the pain of being responsible for their demise. Always running from the Raven, she finds herself in the great northwest.

When does a paranormal gift become a curse?

The moment she sees her boss’ death in a cup of coffee.

Janice may have only 24-hours left.

Four hours away, over the internet, she makes a friend. A podcaster, T.C., who isn’t afraid of Penny’s ability, encourages her to solve the case and save her boss, but will they unravel the lyrical clues in time?

With the help of her snarky cat, Spades, they go deep into the mystery.

A truck almost finished Janice off, and Penny knows it won’t be the last close call.

You’ll love the first book in this new paranormal mystery series because Penny and Spades are the perfect team of sleuths to thwart the Raven’s plans.

The No More Bad Dates Pact: stop dating the wrong guys and start dating the right ones – weirdos and jerks need not apply.

Every part of my life is a mess — and not even a hot one. My so-called career is on hold, I keep disappointing my family by not doing “something important” with my life, and I always, always choose the wrong guys.

Case in point: getting dumped during the romantic vows at a wedding. I’ve officially hit rock bottom. It’s time I got serious about finding a decent man. So, I form a dating pact with two friends who are just as bad at choosing men as me. We agree to vet one another’s dates to weed out the weirdos and jerks.

The No More Bad Dates pact is officially born.

But when my roommate surprises me by joining the pact, he finds something wrong with every single guy I meet. Jason Christie is confident, sexy, and good looking in a movie star kind of way. Sure, we’re good friends, but he’s only ever been Jason, the serial dater. Totally off limits.

That is until I start to have feelings for him. Feelings I should definitely not be having. Feelings like wondering what it’d be like to kiss him.

No. I can’t go there. Not only will it destroy our friendship, but I know he’ll break my heart.

Only now I’ve begun to fall, I don’t know how to stop.

No More Bad Dates is a fun, heart-warming friends to lovers rom com for fans of Sophie Kinsella, Bridget Jones’s Diary, Lindsey Kelk, and TV shows like Jane the Virgin. It’s a light-hearted, humorous, and fun full-length novel that can be read as a standalone title. High Tea is a spin-off of Kate O’Keeffe’s bestselling Cozy Cottage Café series. 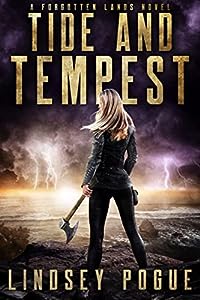 Forged by fire. Bound by blood. Tortured by fate.

Lightning decimates the land, but the people of Ebonpeak know there are greater threats than tempests and firestorms. Raiders pillage the coastline, destroying everything and leaving none unscathed.

Six years ago, Desolation Day stole everything from Samara — except the drive to be stronger, fight harder, and never look back. But her greatest test is yet to come. When the enemy washes ashore with the rising tides, upturning Samara’s world once again, can she shed the scars of her past to save her people, or will her hatred destroy her completely?

Venture beyond the desert lands of Sagebrush and through the scorched forest in Tide and Tempest, the next standalone installment in the Forgotten Lands historical fantasy adventures. The perfect read for Amy Harmon (The First Girl Child) and Adrienne Young (Sky in the Deep) fans.