I give up! I am just going to lay on the ground and play dead until it is all over. I JUST CAN’T!!! My hubby’s birthday is next week and I have to think of a gift to give him. I just barely made it through Christmas this year for him and now I gotta think of another gift? ARG! Nope… play dead. Just play dead. 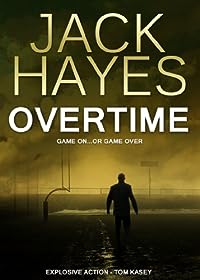 The American football team, the ‘Black Ears’, has a problem – not on the pitch but in the press.

Bad stories are being spread about them.

Simon Ritter is hired to clean up its image. His job is to be the first man on the scene – any potential news story has to reach him before the press, so he can cover up and neutralise any scandal.

As soon as he starts work the club’s deputy grounds-keeper asks for a meeting. But when Ritter arrives he finds the man shot dead.

As he starts investigating the murder, he finds out a Russian billionaire called Janokovic has just bought the club.

But why? And what is the true source of his fabulous wealth?

As Ritter starts to uncovers the truth he finds not only his reputation, but his life, is on the line.

And very soon it will be game on or game over for Ritter. 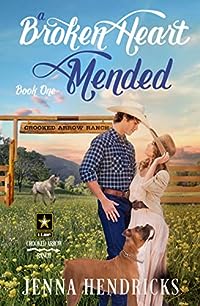 Crooked Arrow Ranch was designed to be a safe haven for the wounded when they return from war.
Sam Marley should know, he’d been there for almost two years, and he was finally beginning to feel warm and safe.

But when the pretty new dog trainer shows up expecting a service dog to be the answer to his problems, more than the love of a good woman will be needed to heal his wounds. This Army Ranger is going to have to learn how to lean on God in order to move forward. But with only one good arm, will he find the strength to trust?

Nelly Wilson decided to move her business to Frenchtown, Montana. All she wanted to do was help wounded veterans heal. But what she found might just have her turning tail and running.

As Nelly and Sam work together to clean up the “dump” that her ranch is, they get closer and closer.

Who in their right minds would kill a black bear and leave its carcass inside a ranch?

But when her ex shows up offering to support her new business if she’d only come home, will she choose him over a wounded vet?

Can a curmudgeonly Army veteran with only one arm let himself be loved? Will the pretty dog trainer get past his gruff exterior? Can they both work together to get past their fears and discover a happily-ever-after?

A Broken Heart Mended is the first in a series of clean & wholesome cowboy romances starring wounded veterans who learn to trust in God and the power of true love. 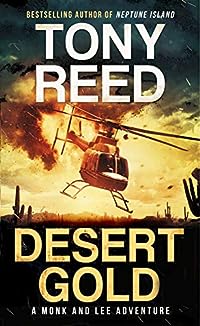 As an impending natural disaster threatens the Sonoran landscape, Lincoln Monk and Mich Lee search for a lost goldmine in Desert Gold the second Monk and Lee Adventure by Tony Reed, bestselling author of Neptune Island.

Ex-cops Lincoln Monk and Mich Lee left the rat race with a simple plan: travel the world, work along the way, and live the dream. But life seldom goes according to plan.

When a run-in with ruthless land baron Desmond MacLean ends in an uneasy truce, Lincoln and Mich have no desire to face the MacLean family of cutthroats ever again. However, as they leave MacLean’s county, a corrupt local sheriff arrests them, takes them to a remote location in the Sonoran desert, and hands them over to a rival family — a family hell-bent on vengeance and confronting a dark secret from the past.

Caught in the crossfire between two feuding dynasties while the forces of nature threaten to devastate the land, Lincoln and Mich use the only bargaining chip they have: a cryptic map to a lost goldmine that could lead to wealth beyond everyone’s wildest dreams, or to their violent death beneath the sands of MacLean’s kingdom.

With family rivalries reaching a breaking point and the land tearing itself apart, can Lincoln and Mich survive long enough to decipher the map and lead them all to Desert Gold?

With a good dose of humor, Desert Gold will not only keep fans of gunfights, helicopter battles, natural disasters, and nonstop action turning the pages, but it will leave them wanting more. 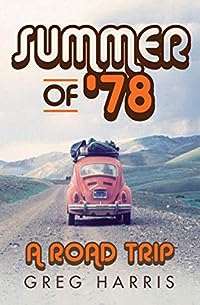 Summer of ’78: A Road Trip
by Greg Harris

It’s 1978, and Greg Harris and his best friend, David Fralia, are looking forward to everything the summer after high school has to offer them. Their plan? To hit the open road and drive across the American West before the sun sets on their freedom. With only Greg’s old Volkswagen Bug, a two-man tent, and a couple of .22-caliber rifles, they embark on an exuberant, freewheeling journey into manhood and into an uncertain, unforgiving future. Within the framework of a classic American road trip, Summer of ’78 manages to be both an intensely personal autobiographical narrative and a universal coming-of-age story. In this vivid teen travelogue, Greg revives the music, culture, and spirit of the 1970s, a vibrant and tumultuous era, recounting his fondest memories from his adventure with David — five states in one day! — and a tragedy that will change him forever. 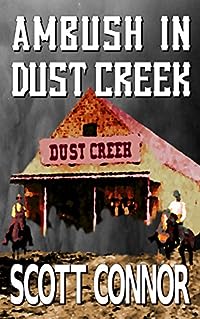 When Marshal Lincoln Hawk rode into the lawless town of Dust Creek, his mission was to clean out its trigger-happy outlaws. In a wave of rightful vengeance, Lincoln’s deadly Peacemaker did just that. But some of the outlaws escaped the marshal’s justice.

Years later, when Lincoln rides into Dust Creek again, the town seems to have been abandoned. But it hasn’t. Mason Black and his ruthless outlaw band are waiting for him. From behind every broken window of the tumbledown ghost town, Mason’s guns are aimed at Lincoln’s head.

To see another dawn, Lincoln must face a desperate battle for survival in a world where he can trust nobody and the only law that matters is the law of the gun.