The rain is coming down so hard right now I am not sure I can take my kids to school in this. Yesterday everything was filled with water. Just everything. It was crazy! Water Water Water. The ducks seemed to be enjoying it though. I saw so many of them partying it up. Normally they only have certain small areas to hang out, but now the county has turned into Waterworld, so they can swim just about anywhere they want. It’s kinda miserable for the rest of us, but it’s nice to see the ducks so happy. I would also like to note that the movie Waterworld with Kevin Costner was a fun movie. I really liked it. I wish people wouldn’t be so hard on it. FOR GOSH SAKES… IT WAS THE 90’S. 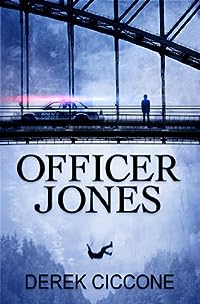 Do you like your reporters old school? Fearless, willing to risk their life for the truth, and a bit complicated?Then JP Warner is your man.JP is the dashing international correspondent for GNZ News, who appears to have it all. But a life-changing event causes him to leave the industry and his globetrotting lifestyle, to seek solace in the small Connecticut town he’d grown up in.Home is where the heart is (specifically his lost love, Gwen Delaney), but it’s also where his worst nightmare is lurking. And when JP peers into the eyes of Officer Jones, he recognizes the look, and the trouble it represents.Along with Gwen, and an unforgettable cast of characters, including the outrageous but lovable former pro wrestler Coldblooded Carter, JP races to cover the biggest story of his life. All while trying to save Jones’ next victim. Because this one is personal.This fast-paced thriller is full of mystery, suspense, and romance. But the biggest praise has been for the genuine, memorable characters that suck you in and keep the pages turning well past your bedtime.Read Officer Jones because you’ll love JP. Read it because you’ll hate him. Read it because you’ll want to find out what happens to him next! 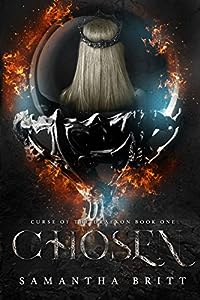 Chosen: Curse of the Draekon Book One
by Samantha Britt

Dragon Shifters conquered the human race centuries ago. Now seems like a perfect time for a rebellion…

My name is Lissa, and I’m the best healer in my poverty-stricken region. My people need my help, but I’m drafted to serve the Drakeon in the capital, forced from the only home I’ve ever known. With their numbers dwindling, these mighty beings need inferior humans to make their city run. To some, this decline has given rise to the rumblings of rebellion…

But are the Draekon as evil as stories say?

As a child, I heard Drakeon described as cruel monsters who’d destroy anyone at the slightest provocation. Now, the fearsome but strikingly handsome Drakeon prince makes me rethink everything I know about the dominating race. I’m definitely going to need more answers.

Romance or revolt seem to be my only options, and time is running out… 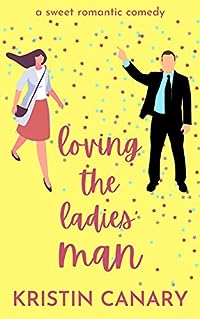 Connor is the last guy in the world I should fall for.

We have nothing in common.

And we’re competitors for the same job.

Game on, right? May the best person win and all that? Fine by me. I’m happy to hold him at arms’ length forever.

And considering I’m practically the only woman in the office he’s never flirted with, he’s obviously happy to do the same.

But when we’re stuck overnight in our office building thanks to an earthquake-induced landslide (don’t worry, we’re totally fine), things between us start to change.

I begin to realize that Connor isn’t actually the jerk I thought he was–the kind who leads women on, just like my ex.

And when he offers to attend my ex’s wedding as my fake boyfriend, things get even more interesting. Especially when he gives me that much-too-chaste kiss…
But I can’t fall for him. That would be repeating the same mistake, just with a different guy.

Tell that to my dumb heart, though–the one that seems to think Connor Bryant is my Mr. Darcy.

Fans of Sarah Adams will love this closed-door romantic comedy with lots of sizzle and spice, but no on-page explicit content. 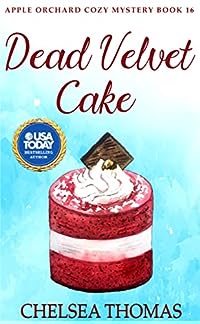 Murder ruins all the fun.

When Chelsea moved back home to her family apple orchard, she expected to spend her days enjoying small town life, shopping on main street, baking apple pie, and chatting the night away with her aunt, Miss May. Then the murders began, and they didn’t stop, and life changed for everyone.

There was still apple pie, and plenty of small town charm, of course. But Chelsea also found herself in one dangerous situation after another, tracking down cold-blooded killers with Miss May.

This victim deserved it.

That’s right… word around town is that the most recent murder victim in Pine Grove got his come uppance. But Chelsea and Miss May don’t believe anyone deserves to be killed, not now, not ever, no way, no how.

So they team up with their team of loyal sidekicks — including a bottle blonde diner owner who never backs down from a fight — and they set off to catch the killer.

This time, they need to solve the murder before they leave for vacation in 48 hours. Will the girls solve this one in time? Or will the killer be the one who gets away? 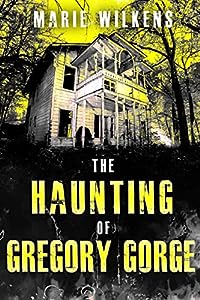 The Haunting of Gregory Gorge: A Riveting Haunted House Mystery
by Marie Wilkens

As Abby moves into her new home in Gregory Gorge, she is thrilled to start a fresh chapter in her life. But when strange and terrifying occurrences start happening, Abby realizes that the house is haunted by a malevolent force tied to a grisly mass murder. With the help of her quick wit and determination, Abby sets out to uncover the mystery and lay the vengeful spirits to rest. But as she delves deeper into the house’s dark past, she finds herself in a race against time to solve the mystery before it’s too late. Will Abby be able to outsmart the haunted house and escape its clutches, or will she become the next victim of its wrath? 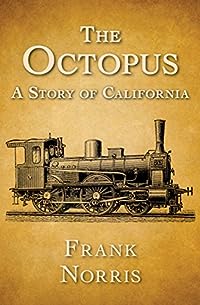 The Octopus: A Story of California
by Frank Norris

From the author of McTeague: The classic novel of corporate corruption and violent rebellion in the railroad industry.

On May 11, 1880, at a San Joaquin Valley ranch, a shootout between tenant farmers and a sheriff’s posse left seven dead. The dispute was over land rights. The law was acting in the service of the Southern Pacific Railroad.

This tragedy marked the beginning of the end for the American frontier, and it became the inspiration for Frank Norris’s epic tale of wheat croppers struggling against the tightening grip of the railroad industry.

With a cast of characters ranging from poor hired hands to wealthy landowners and railroad barons, Norris’s novel goes beyond its central conflict to chronicle the myriad political and social issues that rippled out from it. The first work in Norris’s planned Epic of the Wheat Trilogy, The Octopus was an important exposé of railroad greed that drew comparisons to Émile Zola for its incredible breadth. It is a great read for fans of gritty, historically inspired western series such as Deadwood or Hell on Wheels.