Time To Get Lit!

I held out as long as I could. Two days after Thanksgiving, I spent nearly three days straight decorating the inside of the house for Christmas. The last thing I wanted to do was put up the outside decorations as well. I declared that that was the job of the baby bassets and hubby. Then it rained, and rained and rained and rained some more. Then it was sunny on a Monday while everyone was at school and work. But then it rained again. Here we are, only days away from Christmas, it’s sunny, and once again everyone is at school and work. I just can’t wait any longer. I put up the penguins and a few lit trees. Tonight I will strongly suggest that the boys and hubby gather the needed extension cords and get them all plugged in and on the timmer. I really hope it’s not me tomorrow doing that. Grrrr. OK.. I will do it, but I am not cleaning it up after Christmas (yes I will) 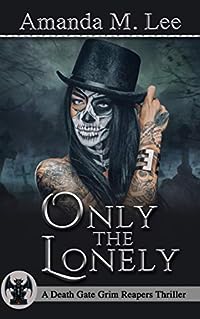 Isabella “Izzy” Sage spent her formative years on Belle Isle in Detroit, playing next to the gate that separates the living from the dead as her parents drew a paycheck from the grim reaper council.
Then the impossible happened, tragedy struck, and Izzy found herself an orphan. Her grandfather took her away and raised her among the Bruja in New Orleans, although her heart always longed to return to the gate… which felt so much like a part of her.
Now, as an adult, Izzy has worked her way up to gatekeeper status and she’s back in the place her childhood ended. She’s the one in charge now… although things don’t go how she hoped. On her very first day, the gate is breached, and the wraith that crosses over is not only murderous but enhanced.
Izzy wants to be in charge, but the local reaper council needs help so they send back-up in the form of a magical reaping family.
The Grimlocks are loud, boisterous and used to a good fight. The men are also handsome, something Izzy doesn’t want to acknowledge, even when the flirting gets out of control. In addition to all that, they’re also protective, and whether Izzy wants it or not, they’re going to infringe on her territory if they think they can keep her safe.
The past might be haunting Izzy, but she can’t look forward to the future until the danger is behind her. Those around her know more than they’re letting on, and the magic she’s been trying to hide is about to take over.
The fight is on… and Izzy is loaded for bear. 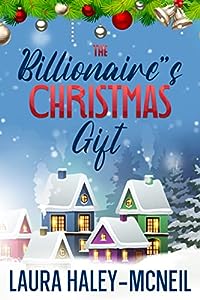 He doesn’t believe in love. She hopes one day he will. Is sticking to his beliefs worth losing her forever?

Quint Fairchild, head of Fairchild Films, learned long ago that in Hollywood everything’s make believe, including love. So why can’t he resist the small-town innocence of struggling scriptwriter Chrystelle Bach? She’s entirely too fascinating, but he can convince himself he doesn’t want her. He wants her script.

Chrystelle wishes she could spend Christmas with her beloved grandmother in her Colorado hometown. Then Quint offers her a contract to produce her TV series. She almost believes this is the best Christmas ever, until she reads the contract. He doesn’t just want rewrites; he wants her to change everything. The battle begins, but when Chrystelle’s grandmother takes ill, Chrystelle knows where she belongs and hops the next bus home.

What she hadn’t expected was Quint on her front porch, and not to wish her a Merry Christmas. He wants her script–on his terms, of course. Their conflict continues, but the more time Chrystelle spends with this stubborn billionaire, the harder it is for her to remember why she can’t change her script. But sprinkle this battle with grandmotherly wisdom and holiday charm, and the season of blessings reveals love in more ways than Chrystelle and Quint ever imagined.

If you like lighthearted romance that will bring you Christmas cheer, you’ll love The Billionaire’s Christmas Gift by Laura Haley-McNeil. Click the link and download your copy now. 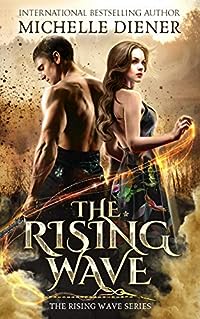 The Rising Wave
by Michelle Diener

A princess intent on escape… Ava has everything ready for her last chance at escape from her years’ long imprisonment. She knows if she doesn’t succeed this time, she will die. When an injured warlord is thrown into her cell with her, upsetting her plans, she faces a dilemma… leave him to die or try to take him with her.

A warlord intent on rebellion… Luc may lead a rebel army, but now he’s at the mercy of his enemies, and they have no mercy to give. All except the woman imprisoned with him. She not only has mercy, she has a plan to escape. He just has to convince her to let him come along…
A partnership forged in adversity… Unable to leave him behind, Ava includes Luc in her plans, but escaping the castle where her cousin has imprisoned her is only the first step. Hunted by their enemies, she and Luc will have to trust each other, no matter how many secrets they’re keeping. 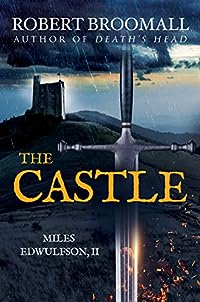 The earl of Trent’s Norman widow, Blanche, and her English steward, Miles Edwulfson, take possession of Blanche’s estates, hoping to live a life of peace and quiet. However, they run afoul of a baron named Aimerie, who is building an illegal castle and taxing the surrounding manors–including Blanche’s–to pay for it. Aimerie has ambitions that go far beyond this castle, to the heart of the English throne, and he won’t let anyone stand in his way. What’s more, Aimerie’s hot-headed son, Ernoul, lusts after Blanche and wants to make her his wife. When Blanche and Miles refuse to pay Aimerie’s taxes, Aimerie vows to crush them. 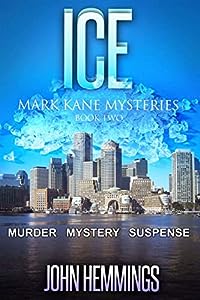 JENNY GARCIA has returned to Boston from a vacation overseas, little knowing that her suitcase contains a valuable haul of illicit drugs hidden inside… When the bag is stolen from her at the airport, Boston investigator Mark Kane is given the difficult job of retrieving the suitcase and finding out who is responsible for putting Jenny in such terrible danger. But when the two men who could have provided the answers are found dead, Kane has his work cut out for him. As Lucy stumbles upon a vital piece of evidence the case suddenly takes a new turn. Has Kane been looking in all the wrong places? And when a kidnapping puts the whole investigation on a different footing he needs to call on all his experience and cunning to save the victim from harm and bring the culprits to justice.On the domestic front, Lucy persists in her so far unsuccessful efforts to get Kane to agree to let her work from home. Lucy’s motto is ‘persistence pays off’ so it’s probably only a matter of time. In the meantime, at least he could arrange for something to boost the cell phone signal in the office, couldn’t he… ? 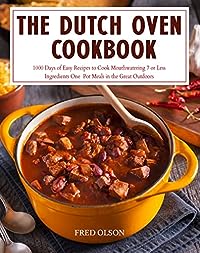 The Dutch Oven Cookbook: 1000 Days of Easy Recipes to Cook Mouthwatering 7 or Less Ingredients One Pot Meals in the Great Outdoors
by Fred Olson

The easiest recipes to prepare with your Dutch Oven for people who can’t cook and keep their kitchen cool!

Do you think I’m overdoing it? Then you should take a look at all the tried-and-tested recipes that will make delicious homemade dishes effortlessly.

Spending time in the wilderness is GREAT, but also quite exhausting. There is no perfect ally than good, warm food to refoil your limbs and provide the energy you need to keep going on the journey!

That’s why we selected for you a great collection of over the delicious, highly nourishing recipes made quick and easy even for the absolute beginner!

With “Dutch oven cookbook”, you will learn how to make the best dishes to share with those you love most! Here is all you need:

The 3 tricks every beginner should know before lighting a fire for the first time under their dutch oven;
The #1 secret to keeping your dutch oven at its best and preserving it by keeping it as good as new for years;
The 5 must-have ingredients in your pantry that you can use in almost every recipe you cook
Various recipes that will make your mouth water to enjoy something delicious with your loved ones;
Lots of extraordinary desserts that you can make right in your own pot, such as doughnuts or hot cakes;
AND MUCH, MUCH MORE!

You will delight in and create an unrepeatable atmosphere, with delicious dishes that would require a real oven to make, but served in enchanted places!