Today I am wrapping all the Christmas gifts. The dialog in my head evolved quite a bit over the hours. Correction, my inner dialog devolved over the hours. Is devolve a word? Let me Google it.. (45 seconds later). YUP!! It’s a word. Anyway. It started out just fine. I got all the necessary tools; tape, scissors, pen, and wrapping paper. The first gift went okay. It was a square box with strong sides. Always good. The wrapping of the gift went fast, and I was getting into the Christmas spirit. Then the odd shaped boxes started needing wrapping. What the heck am I supposed to do with a box that has not front? UGH!! About halfway through the job I was getting really angry with members of the family. Why am I the only one doing this?  I always get stuck wrapping EVERYTHING!!! AND YOU WANT DINNER EVERY NIGHT!!??? Next was the gift that was either way too big for the boxes I had or way too small. Now I am really getting angry. Then I started getting hungry, but I couldn’t stop because I knew I would never start again. My wrapping quality went downhill as well. I went from pretty little clear tape to duct tape. It was silver, so that counts as festive. Right now I am almost done. I am bitter and my back hurts. There is a really good chance the rest will be shoved into a paper bag. Time for a cookie. 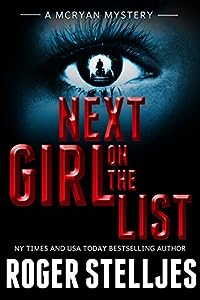 Dating is deadly when your name is next on the list… He lured her into his death trap, then he quietly slid out the door and disappeared yet again without a trace.

What clues are hidden in a picture-perfect murder?
Complex obscure clues woven into intricate crime scenes challenge Mac McRyan, all while a warped mind taunts him and stalks another innocent soul. As time relentlessly ticks down, Mac is forced to fight not only his own instincts but a deceptively treacherous killer in his most mind-bending and dangerous case yet. 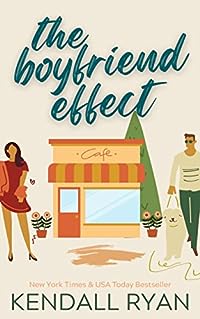 A sexy new brother’s best friend romance from New York Times bestselling author Kendall Ryan.
I’m not boyfriend material. If a trail of broken hearts and a piss-poor record of failed relationships have taught me anything, it’s this.
My buddies are happy to give me shit about my latest breakup from here to next Sunday. Thanks, but I’d rather have a root canal. And a vasectomy. At the same time.
Relief comes in an unlikely package — the gorgeous and feisty Maren. She just so happens to be my best friend’s sister, so that’s not awkward at all. But I’m a man on a mission, and Maren is down to teach me all the ways I’ve been failing as a boyfriend. Apparently, there are many. And it’s all very informative — until I start to catch feelings.
Now it’s not just my reputation on the line, but my heart too. 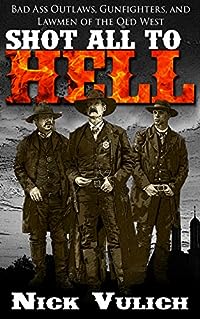 Shot All to Hell: Bad Ass Outlaws, Gunfighters, and Lawmen of the Old West (Back When the West Was Wild Book 1)
by Nick Vulich

True Stories of Western Badmen, Outlaws, Gunfighters, and Lawmen of the Old West

For over 150 years, the image of western bad men has thrilled readers and filled movie screens. Who hasn’t heard of Jesse James, the Dalton Brothers, Black Bart, or Belle Starr? They are as much a part of American folklore as George Washington, Abraham Lincoln, and Theodore Roosevelt. Something about the West has brought out the best and the worst in mankind. The funny thing is, a cult following has developed around many of these bandits, making them out to be something they were not.

Bad Ass Outlaws Who Made Their Mark

The legend that grew up around Joaquin Murrieta was that he was just a normal guy who moved from Mexico to California and tried to strike it rich during the gold rush. Instead, he discovered a big sign that read, “No Mexicans Allowed.” His supporters say that because of the Foreign Claim Tax, Murrieta was forced off his land into a life of outlawry. Moreover, to support that claim, a whole legend has been built up about how he stole from the rich and shared his wealth with poor Mexican families. The problem is that the facts do not support that interpretation.

The same stories developed around Jesse James. Legend has it that Jesse only stole from wealthy bankers and railroad men. He could disappear into thin air after pulling a bank job or train robbery because he shared the booty with poor Missouri families. But, as with Murrieta, that probably never happened. Jesse James was a thief. He stole money wherever he could get his hands on it. He robbed stagecoaches, banks, trains, and you-name-it.

And last, but not least, there’s Belle Starr, one of the most badass female robbers on record. Belle called her pistols her “babies” and ruled an outlaw kingdom based out of her home in Indian Territory. She lived by the gun, and she died by the gun.

Outlaw Life Wasn’t As Glamorous As You Think

The outlaw life was almost always portrayed as glamorous, filled with loose women, blazing guns, and saddlebags overflowing with gold, silver, and greenbacks. What a life! Movies, books, and TV shows paint a distorted portrait of life in the old west. 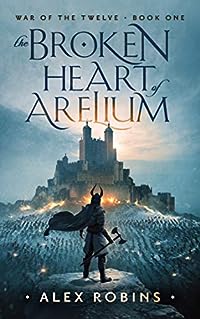 The Broken Heart of Arelium: An Epic Fantasy Adventure (War of the Twelve Book 1)
by Alex Robins

None can resist the ravages of time. Knowledge is lost. Memories fade.

But some things must never be forgotten.

Over 400 years ago, twelve great warriors united the beleaguered armies of men and scoured the war-torn lands of evil, pushing the enemy back into the underground pits and caverns from whence they came. To ensure their legacy, each of the Twelve founded fortress monasteries to impart their unique knowledge of war and politics to a select few, the Knights of the Twelve.

But now the last of the Twelve have long since passed from history to legend and the Knights, their numbers dwindling, are harbouring a dark and terrible secret that must be protected at all costs.

Merad Reed has spent half his life guarding a great crater known as the Pit, yearning for some escape from the bleak monotony. Then the arrival of Aldarin, one of the few remaining Knights of the Twelve, sets off a chain of cataclysmic events that will change Reed forever.

To the north, Jelaïa del Arelium, heiress to the richest of the nine Baronies, must learn to navigate the swirling political currents of her father’s court if she hopes one day to take his place. But the flickering flames of ambition hide the shadow of an even greater threat.

And deep within the earth, something is stirring. 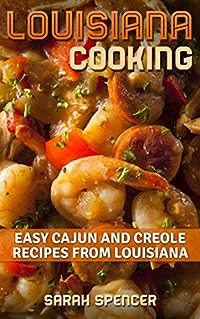 Louisiana is beautiful, soulful and spicy! If you can’t tell this by the region’s inhabitants, then you can surely tell it by its amazing food. Come and discover the bold flavors of Louisiana and bring some of the best Creole and Cajun dishes to your table!
Download FREE with Kindle Unlimited!

The cuisine of Louisiana is blend of old styles and new traditions, circumstance and spirit, Creole and Cajun. At every turn you find dishes that are unique to the region that speak secretly of the past while you enjoy the present. This is more than just food, it is life. To truly capture the soul of Louisiana cooking, you must fully immerse yourself and celebrate the roots of each dish.

From Jambalaya to gumbo, crawfish to spoon bread, red velvet to king cake, this book takes you on a tour of the most beloved flavors of the region. When a trip to the south just isn’t possible, but your spirit longs for adventure, dive into this book of Louisiana cooking and experience the heart and festivity of the region in your kitchen.