Discover a land infused with magic and mystery with Paul J Bennett’s newest Sword & Sorcery series, The Frozen Flame. Curl up with your copy, and enjoy a spellbinding tale today! 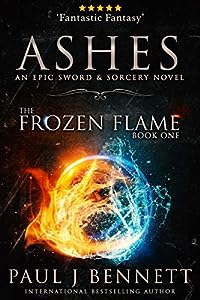 What happens when your enemies are more powerful than you?

Everywhere, magic is feared by commoners while revered by the nobility. But, if a mage hunter discovers a peasant with magical potential, their future is changed forever. A life of luxury awaits those who succeed in their training, but failure leads to a much darker destiny.

For Natalia, whose magical abilities revealed themselves at an early age, there is no choice. Torn from her mother’s arms, she is borne away to the Volstrum, an institution steeped in mystery. There, trained as a battle mage, she has the potential to be one of the most powerful spellcasters ever. Yet the price they demand of her is too high!

Athgar’s life, however, was shattered the day his magical potential was released by the very fire that nearly consumed him. Even while the Orcs taught him to master his new talents, he could not forget those who were savagely ripped away. Blindly driven by revenge, it’s not until he meets Natalia and nearly dies again that he realizes something much more sinister is unfolding.

Now, she is on the run from her family, while he desperately hunts for his! Together, they embark on a voyage to unearth a dark conspiracy that has remained secret for years. 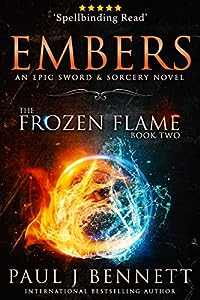 There is no sanctuary for those who are hunted!

Natalia and Athgar are safely ensconced in the sleepy town of Ostermund when a chance encounter leads them on a trail of deceit that implicates an old ally.

After discovering who is behind the plot, they must make a choice, stay hidden or risk everything in the name of friendship!

Athgar, descendant of a vanquished people, wants only to protect that which he holds most dear.

Natalia, now secure in her powers, seeks peace, but the ever-growing shadow of the family threatens all she has fought for.

Together, they embark on a path where even their success could spell defeat, for this battle may start a war that none can stop. 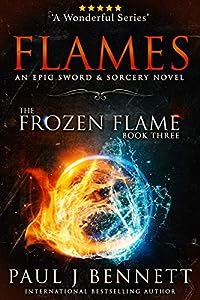 Guided by the Ancestors, Natalia and Athgar journey to an inhospitable land where danger lurks behind the guise of friendship. With a dire need to find shelter, they have no choice but to settle in and hope for the best.

It doesn’t take long for them to realize something is not right. Athgar, having travelled back to his roots, soon discovers they are rotting from within. And Natalia, one of the most powerful mages on the Continent, finds herself unable to cast even the simplest of spells.

All the while, the Orcs of the Red Hand, running from certain death, desperately seek safety. Kargen, torn away from those he has sworn to protect, must gamble the future of his tribe on a desperate bid for their survival.

When old enemies resurface to endanger them all, two ancient races must come together as one or be annihilated, lost forever to the annals of history. 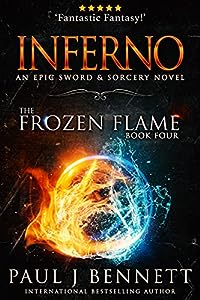 Athgar and Natalia have everything they have ever dreamed of — family, friends, and a place to call home. When Athgar’s long-lost sister unexpectedly walks into the village, he feels as if life is complete, but not everyone trusts her.

Ebenstadt, abandoned by the Temple Knights after their defeat, now suffers under the control of a ruthless despot who uses thugs to enforce his will. To complicate matters even more, the neighbouring Kingdom of Novarsk is looking on with greedy eyes, eager to expand its borders.

Left behind in the city, Stanislav is accosted by a trio of strangers intent on contacting his friends. He must quickly decide if these are agents of the family or if a new threat has emerged before he acts.

With echoes of unrest reverberating throughout the region, it would only take a tiny spark to ignite a war. Can the flame be extinguished before it erupts into an inferno?

Return to a land brimming with magic, strife, and secrets as Athgar and Natalia continue their adventures in Paul J Bennett’s fourth installment of The Frozen Flame series, Inferno!

Rebirth, betrayal, despair! Experience them all when you crack open your copy of Inferno! 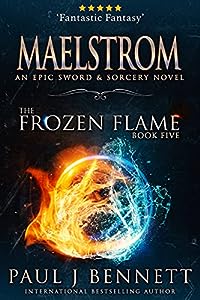 Natalia returns to where it all began

Forced to pursue those who threaten their daughter’s very existence, Athgar and Natalia must say goodbye to all they know. Barely surviving the journey, they finally arrive in Karslev, where nothing goes according to plan.

For centuries, the family increased their influence over the Petty Kingdoms until their control became absolute. Now, as Marakhova moves to destroy any who resist, the return of a disgraced student jeopardizes everything they’ve fought to accomplish.

While a hidden key to Natalia’s past drives her to do the unthinkable, Athgar struggles just to survive. Their future relies on Natalia deciphering her grandmother’s legacy.

They’ll risk everything to break Markhova’s hold over the family, but will it be enough?