Stay In The Present

One week until Christmas. I probably should have been doing Christmasy things yesterday, but instead I chose to be out in the garden. There was a huge vine that had completely taken over the back fence. I have been staring at it for months and months, hating just how much it was weighing down the whole yard. With garden clippers in hand and an empty yard waste bin I went to work. It felt so good to cut it down. I have been stressing so much about so many things, this one act of chopping down a vine felt like I was taking back control of something. I don’t know what of exactly, but I was taking it back. Now the vine is down and I can start fresh. So many possibilities have opened up and I am getting pretty excited about the Spring garden. I will try my best not to buy a bunch of seeds this week. This week is all about Christmas, but I am thinking of Poppies. 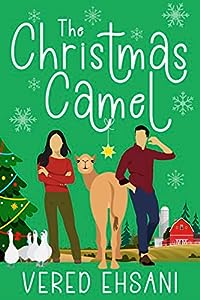 The Christmas Camel
by Vered Ehsani

All you need is love… and a camel.

Mollie Stanton has no intention of ever returning home – until her boyfriend dumps her twelve days before Christmas, and her incorrigible grandmother, Duchess Delilah, calls from jail, asking Mollie to bail her out, along with her two best friends.

There’s just one small catch. The judge insists that Mollie be guarantor and guardian. Translation: if she wants to get out of town before New Year, she has to find out who framed Duchess Delilah. Ideally, while also avoiding the handsome but annoying vet who’s staying in the Stanton Farm’s guest cottage.

All Dr. Darren Little wants is a fresh start, free from his family’s political ambitions – and scandals. When he learns about a too-good-to-be-true opportunity to buy out another vet’s rural practice, he signs the contract. Looking after farm animals in a small town sounds like the perfect prescription for a much needed dose of calm, order, and sanity.

Problem is, there’s nothing calm, orderly, or sane about Teaville and its residents, whatever their species. And no one is crazier than Duchess Delilah. As for her granddaughter Mollie… she’s charming but guilty — and crazy — by association.

Neither Mollie nor Dr. Little have any idea what crazy looks like until Christmas Eve when Delilah’s shenanigans, a pregnant camel, and an altercation with the law conspire to rewrite more than just the doctor’s prescription.

Christmas Camel is a new TeaTime RomCom novel by Vered Ehsani, author of the Society for Paranormals, Wavily Witches, and the Pirates Ahoy cozy mystery series. 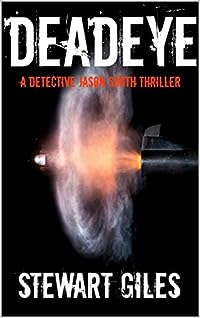 DEADEYE, Detective Jason Smith book 12 From #1 best-selling author: Stewart Giles comes a new addition to the popular Detective Jason Smith series. When a man is shot dead in a park not far from where Detective Jason Smith lives, Smith takes it personally. The man was killed in a precise and cold manner. Then, when another victim turns up – also killed with absolute precision, Smith realizes he’s on the trail of a killer who will stop at nothing. Fighting against his team, Smith will have to dig harder than he’s ever dug before to stop the worst killer York has ever seen.

THE SETTING:
At the confluence of the River Ouse and Foss, York is the traditional county town of the historic county of Yorkshire. York Minster and a variety of cultural and sporting activities make it a popular tourist destination.
THE DETECTIVE:
DS Jason Smith is an Australian who was sent to York to live with his Grandmother when his sister disappeared from a beach. He has suffered many losses in his short life and is now a dedicated detective. He is a bit of a loose cannon he has his own way of doing things that doesn’t always mean following orders and procedures. However, he does get results.

They think her an underdog against impossible odds… And she will fight tooth and nail to prove them wrong.

The Witch’s Reign… a land of eternal, unnatural winter ruled by the Ice Witch. In turn she is guarded by three supernatural creatures who wander her lands hunting for unwary souls, killing any who cross their paths.

To get to the Witch’s Reign, you first must pass through the Dragon’s Ground. Full of dragons, who for the record, do not like trespassers.

This is where I am headed, though my mentor has forbidden me.

My best friend was sent with a team into the Witch’s Reign to recover a powerful jewel that belongs to our mentor, and they are long overdue to come back.

That leaves me, Zamira “Reckless” Wilson to go after my friend. Forbidden or not.

Somehow, I get saddled with a human male tagging along for the ride. A human that is as weak and useless as my own shifting abilities.

Throw in a sentient magical weapon that tries to kill me every time I touch it, and a small dragon that has a penchant for Shakespearean insults, and you’ve got my journey in a nutshell.

May the sands of the desert swallow me whole because this is going to be a damn bumpy ride.

The Desert Cursed Series should only be read by people who can root for an underdog, have a good sense of humor, a love for high paced action, and like a blend of magic that even a Muggle could love. With over half a million copies sold, when you indulge in the Desert Cursed series, you’re in good company. 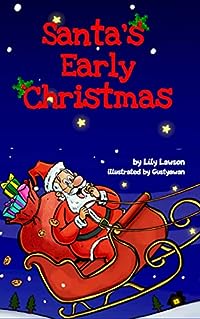 Last year Santa was hungry and thirsty by the time he delivered all the presents. But when he came home there was no food and drink left! This year Santa decides things are going to be different. 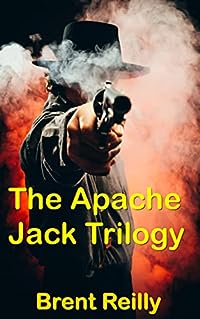 The author has sold 100,000 books and is now briefly giving away 65 free ebooks – get yours now!
BOOK 1: In 1843, when the Millers stole a secret gold mine in New Mexico, everyone wanted to kill them — especially Geronimo. Hatred here is a way of life, but war with Mexico looms, complicating survival. In a lawless time, in a brutal land, where murder is just a popular career, Jack Miller will do anything to take what he can and kill who he must. The legend born amid that bloody landscape will forever transform the Wild West.
BOOK 2: California’s Gold Rush found a mountain of minerals and a wealth of cutthroats. When bandits kill Robby Miller, Apache Jack must lure out his cousin’s killers. Then Nevada’s Comstock Lode explodes and Jack must impose peace before he marries Geronimo’s lost daughter. Finally, the Civil War breaks out and the Apache Wars intensify. Through it all, Apache Jack plans vengeance on Geronimo for murdering his mother.
BOOK 3: Geronimo wants to die fighting, Billy the Kid wants the last laugh, and Wyatt Earp wants vengeance for his brother’s murder. The Lincoln County War, the Cochise County War, and the Pleasant Valley War keep Apache Jack busy while outlaws fill Tombstone’s Boot Hill. Jack has waited 35 years to get even with Geronimo for murdering his mother, and plans to make it worth the wait. 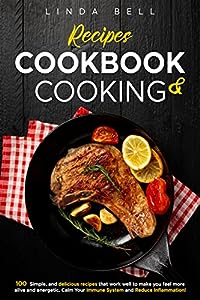 A balanced diet is necessary for both excellent nutrition and health. You are shielded from a variety of diseases, including Inflammation, diabetes, and obesity. A balanced diet that limits salt, sugar, saturated fats, and trans fats from industrial production is crucial for good health.
You may give your body a fresh lease on life by altering your eating habits and learning which foods to eat and which to stay away from.

In this book you will find:

? An explanation of the factors that contribute to inflammation, weight gain, diagnosis, and treatments for obesity-related issues.

? What to eat and what to stay away from

? 100 recipes, along with a shopping list of all the materials you’ll need, to help you get moving and adopt a new lifestyle.

This book is ideal for anyone who has inflammation or who wants to get in shape while eating delicious and healthy meals.