I don’t think I am going to go outside the house today. I might go as far as the end of the driveway, but that’s it. If I thought yesterday was crazy, I am sure today will be even more insane. The people in the stores were still pretty nice and calm, but there were so many of them! On the roads people were CRAZY! I think I saw a few driving on the shoulder to get ahead of two cars and save themselves 2 minutes. In all fairness, we could all use a couple extra minutes. I am not willing to drive on the shoulder for it, but I might jog 20 feet back to my car to get there sooner. Let’s be clear… I didn’t. Jogging is the worst. Today I will spend my time making sure I have everything I need for the next two days. Then coming to terms with the fact that what I don’t have I wont get. HAPPY HOLIDAYS EVERYONE!!! Stay sane… or insane. Whichever makes you happier. 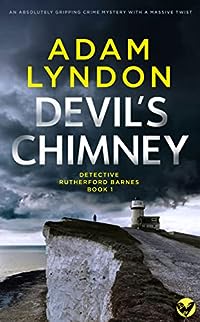 Discover an absolutely gripping crime thriller with a massive twist.

On a wild and stormy night on England’s south coast, ambitious young police constables Rutherford Barnes and Harriet Holden are doing the rounds when they see a burglar fleeing the scene of the crime.

And the location is Harriet’s house. The ground floor is ransacked. Scrawled in red across one wall are the words: DEAD COPS SLEEP LONG.

Then a few days later, Harriet’s battered body is discovered in a shabby seafront hotel.

Newly promoted to detective, Barnes vows to discover who killed his partner, and why.

THE DETECTIVE
DC Rutherford Barnes is young, good-looking and ambitious — perhaps too ambitious for his own good. His all-consuming desire for promotion makes him vulnerable to temptation. His happy marriage to nursery school teacher Eve is marred only by the couple’s inability to conceive, leading Barnes to throw himself headlong into his work.

THE SETTING
Set against the picturesque landscape of the South Downs, the Sussex seaside town of Eastbourne is packed with tourists during the summer — but it can seem pretty dismal during the winter months. Only fifty-odd miles from London, the town is not immune to the violence which occasionally spills over from the city. Pockets of deprivation and criminality exist alongside reminders of Eastbourne’s more genteel past in the grand Victorian hotels that line the seafront, the pier and the bandstand. The town also boasts one of Britain’s best-known — and most infamous — beauty spots, Beachy Head. 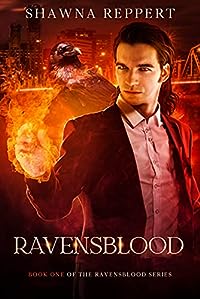 In a world where death magic is sometimes the lesser of the evils, a dark mage risks everything for redemption. To win a pardon, Raven must play a dangerous game of double agent. His mission: help the Guardians bring down his master William, the most powerful dark mage alive. His only Guardian contact is Cassandra, his former lover and the apprentice he once betrayed. His best weapon is the Ravensblood, a fearsome magical artifact his master thought destroyed. As Raven struggles to regain Cassandra’s trust, the two of them devise a desperate plan to defeat William. If their plan fails, Raven could lose everything: his freedom, his love, his life, and his soul. And if William acquires the Ravensblood, he will gain the power to bring the world to its knees. First in the award-winning Ravensblood series, set in an alternate Pacific Northwest. 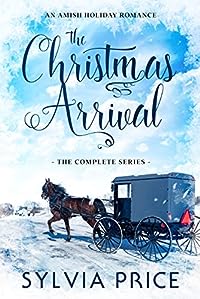 The Christmas Arrival (The Complete Series): An Amish Holiday Romance
by Sylvia Price

Rachel Lapp is a young Amish woman who is the daughter of the community’s bishop. She is in the midst of planning the annual Christmas Nativity play when newcomer Noah Miller arrives in town to spend Christmas with his cousins. Encouraged by her father to welcome the new arrival, Rachel asks Noah to be a part of the Nativity.

Despite Rachel’s engagement to Samuel King, a local farmer, she finds herself irrevocably drawn to Noah and his carefree spirit. Reserved and slightly shy, Noah is hesitant to get involved in the play, but an unlikely friendship begins to develop between Rachel and Noah, bringing with it unexpected problems, including a seemingly harmless prank with life-threatening consequences that require a Christmas miracle.

Will Rachel honor her commitment to Samuel, or will Noah win her affections? 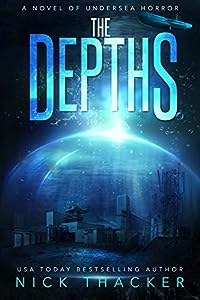 The Depths: A Novel of Undersea Horror
by Nick Thacker

In a hidden research station underneath five miles of ocean… … Something lives.

Jen’s son has been kidnapped and her boss brutally murdered. She wants to find her son, and she wants the answer to one question: why?

The answer lies deep beneath the Atlantic Ocean – in a forgotten research station buried under five miles of water in an oceanic trench. The station — a fully-functioning city — has been abandoned for over thirty years, and no one knows what they will find when they get there.

Jen quickly discovers that there’s something the station has been trying to hide.

Something that could prove devastating to the rest of the world…
Something that’s alive. And wants to kill them.

Will she save her son, or will they perish beneath the ocean? 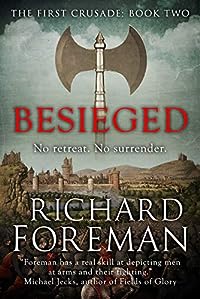 “Richard Foreman is a writer who is as happy in Roman Britain as he is in Medieval Antioch, as this story shows… Richard Foreman has a real skill at depicting men at arms and their fighting.” Michael Jecks, Pilgrim’s War.

The besiegers have become the besieged.

Kerbogha the Dreadful and his grand army intend to surround and starve their enemies.

The crusaders need a miracle. But they may have found one in the shape of the Holy Lance.

Bohemond of Taranto realises that the pilgrims must fight or die.

But to fight they must know their enemy. Bohemond instructs Edward Kemp, an English knight, to gather intelligence on Kerbogha and the Muslim army. But in attempting to save the crusaders, Edward may damn himself.

Triumph and tragedy await on the plains of Antioch, where the course of the crusade – and history – will be altered forever. 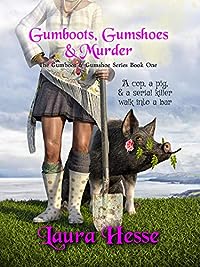 A cop, a pig, and a serial killer walk into a bar.

Seal Island is home to a moonshine making billionaire, a pot growing fisherman, a celebrity flower child, a handsome romance writer, a sex addicted realtor, a womanizing pub owner, a cop, a pot-bellied pig… and a serial killer.

The island is serene and remote. It is only accessible by boat. The residents like it that way, until those with the deepest and darkest of secrets start dying in the most bizarre of ways.

Upon discovering widow, Eliza Bone, floating bottoms-up in her Oscar fish tank, the one clue that the crime solving duo of Sergeant Betty Bruce and her pot-bellied pig, Gertrude, have is a set of muddy gumboot tracks left at the scene. The problem: everyone on Seal Island wears gumboots.

As two more people die and secrets begin to unravel, Betty and Gertrude soon find themselves in the cross-hairs of a serial killer.

In the end, only Gertrude may be left standing!