I feel a little bad for our Elf on The Shelf. I know I spend a lot of time picking on him, calling him a snitch, and thinking of ways to keep him out of the house. But he is suffering a worse fate than what I could do to him. He is being ignored by the young boys he was sent to spy on. My oldest baby basset is now 16 and the youngest is 14. The days of fearing being told on by one of Santa’s spies has past. Don’t get me wrong, I still kinda wish a snow storm would delay his return a few days out of the month of December, but he is just doing the only job he has ever known. Maybe it’s time for him to take a break for a few years and wait until I have a few grand kids to snitch on. Maybe? Come to think of it, my baby bassets are getting to the age when they want to sneak out of the house at night. I might need help. Maybe that elf isn’t all bad to have around. I wonder if he would be interested in a year round job. 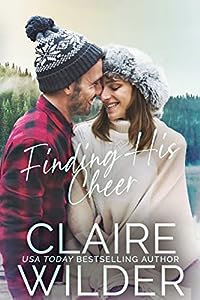 I never wanted to love again. Until love came knocking on my door.

HEATH
After losing my wife, the only thing I wanted to do was raise my eight-year-old daughter and get through the day in one piece. Then my neighbor Morgan appeared on my doorstep with a favor to ask. My sexy, sweet, lovely neighbor. Suddenly I’m shocked to find the haze in my brain lifting. Feelings I thought were long gone aren’t just reawakening–they’re burning like a yule log.

MORGAN
My life is a mess. Since my divorce, I’ve been scrambling to stay in Jewel Lakes–and to keep the lights on with my fledgling (read: failing) pottery business. The last thing I need is to catch feelings for the gorgeous widower next door. But there’s something about his sad eyes and warm heart that has me melting.

Heath and Morgan are both hurting. Could cozying up over the holidays be the thing that heals them both?
Read the Complete Series!

The Jewel Lakes Series is best enjoyed in order. 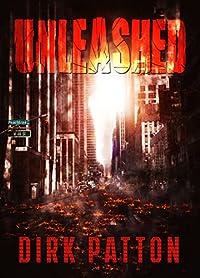 John Chase has just arrived in Atlanta on a routine business trip. When he wakes the next morning, John is shocked to learn that America has been savagely attacked with both nuclear and biochemical weapons. He is immediately thrown into an apocalyptic horror, rescuing a young woman from a group of survivors who are in a violent rage as a result of the release of a devastating neurotoxin. His path is clear. Survive and fight his way across the continent to reunite with his wife as society disintegrates into savagery and millions of people become raging infected, roaming unchecked in their pursuit of the rapidly dwindling number of survivors. But survival will be the hardest task he has ever undertaken.

So begins Unleashed, the first installment in the thrilling V Plague series. The novels are set against the backdrop of a shattered, post-apocalyptic America and tell the stories of a steadily growing cast of complex characters and their battles to survive. There are numerous sub-plots of greed, brutality, betrayal, treason, heartbreak and even a serial killer woven throughout the progression of the main storyline, chronicling the best and the worst of humanity as the world crumbles.

Jen’s life is going pretty okay. Until she gets dumped. Fired. Evicted.

She spies an ad for a reality show advertising a $250,000 grand prize. Not a bad way to pay the bills. She auditions, never expecting to get the call.

Jen arrives on set determined to nab the grand prize. But when she finds herself falling for co-competitor Justin, Jen must ask herself what the real prize is. 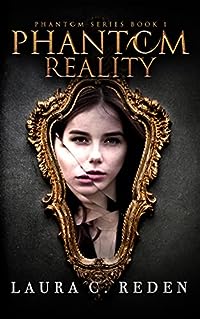 From the moment I drowned in the lake of secrets, I knew things would never be the same.

All I’d wanted for my eighteenth birthday was a kiss and a summer to be remembered before heading off for college. What I got was so much more.

I wasn’t just trapped in a cabin at the lake with a group of my rowdiest friends; I was trapped in another dimension. A dark one, where dreams manifest before your very eyes, fears are conjured in the cool mist, and the dead are living by our sides.

One thing I was certain of, the only way out… is in. 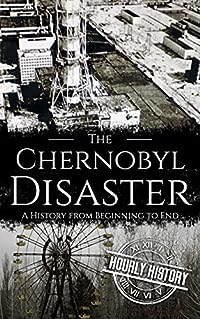 The Chernobyl Disaster: A History from Beginning to End (History of Ukraine)
by Hourly History

The Chernobyl Disaster, which occurred in late April 1986, was the worst nuclear accident in history. It not only caused widespread radioactive contamination, but even more importantly, it claimed many lives and caused panic worldwide about the safety of nuclear power. In short, it changed the face of nuclear energy globally.

Discover the real story of the Chernobyl Nuclear Power Plant and the infamous disaster that bears its name, as well as its long aftermath. 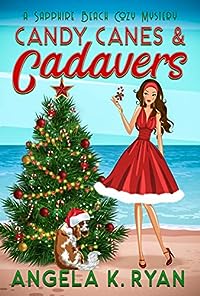 Connie Petretta is thrilled that her family is spending Christmas with her in Sapphire Beach. They even come early to attend the opening of “A Christmas Carol,” performed in memory of her beloved Aunt Concetta. It has all the makings of a perfect holiday until one of the actors is murdered on opening night. With her mother and sister by her side, Connie puts her sleuthing skills to the test as she investigates the murder of her aunt’s friend and colleague.

If you enjoy cozy mysteries that keep you on the edge of your seat, loveable characters, and palm trees swaying in the breeze, you’ll love the Sapphire Beach Cozy Mystery Series.