Between Reality And The Mystical

This wonderful collection by Nikki Broadwell explores the line between reality and the mystical, with characters that hold the reins. Be prepared to enter an exciting new world! Enjoy! 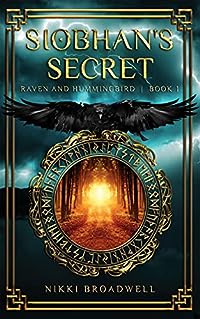 Kat’s life is a disaster. Her mother is dead and her stepfather has kicked her out of the one home she’s always counted on, leaving her nothing but the Celtic knot locket Siobhan gave her on her eighteenth birthday. Unable to focus enough to hold down a job she ends up at the women’s shelter where she sees the truth of what life can dish out.

And on top of all that she is positive that her mother did not die from natural causes. But without a dime to her name she has no way to prove it.

In the shelter she meets Cerridwen, an older woman who seems kind enough. But when this same woman appears in Kat’s dream as the goddess of the underworld and keeper of the magical cauldron of inspiration, Kat is more than a little disturbed. Just a dream she tells herself the next morning, dismissing her uneasiness.

In the meantime a strange man seems to be stalking her, his torn jeans and filthy Grateful Dead T-shirt indicating that he’s a drug addict who she wants nothing to do with. And why are there enormous dark birds everywhere she looks? She’s never seen a raven in the city.

As life shifts around her Kat discovers a world she didn’t know existed, her grasp on reality disappearing as she struggles to understand what is happening. 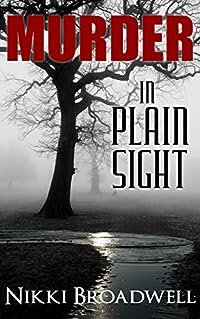 Summer is an amateur sleuth with the hots for a cop on the local police force. And Jerry is on her trail, but not because he wants her body.

Summer is a suspect in a murder investigation.

When Summer dons a wig and sunglasses and disappears, her best friend, Agnes, is worried–will Summer end up being another victim?

Meanwhile Jerry is seen on the news asking her to turn herself in.

Will she heed his warning?

Find out in this fast-paced sexy and humorous thriller by picking up a copy now.

Note to readers: If you are a stickler for police procedures or read a lot of hard-boiled murder mysteries, this might not be the book for you! 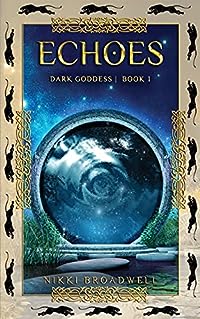 ~Be warned! This book is R rated.~’
A highly imaginative story told in the first person that takes the reader on a journey into a dangerous future.’When Feirin wakes up in a city of steel and glass she has no idea how she got there. The only clue to her identity is the black stone hanging around her neck and the crescent moon tattoo on her forehead. A trip to the local police for answers puts her on their radar. I.D. is required in this place where everyone is chipped, and without it she will be deported. A day and night spent in jail puts her even further in jeopardy, and when they come for her she knows what lies ahead. A high wall of dark stone surrounds the soulless megalopolis. And outside those walls lies an arid desert wilderness where nothing can survive. 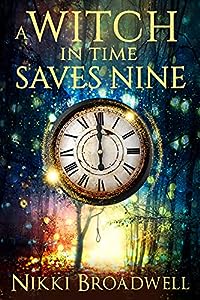 A Witch in Time Saves Nine
by Nikki Broadwell

‘A Witch in Time Saves Nine’ won honorable mention in the New England Book Festival!
One reader compared it to ‘Outlander’ and it falls into the same categories as Angel Lawson, Tamara White and L.J. Swallow.

The wagon rolled to a stop in front of the hanging tree. “Run!” Grandma yelled, grabbing my hand…

When Emeline Chase is transported into the past she hopes she can change history and save the unfortunate women who are being executed for practicing witchcraft. After all Emeline herself is a witch in the present and in the past — or at least that’s what her grandmother has told her. How else could she have suddenly moved backward in time? But when she becomes trapped in the Salem, Massachusetts of 1692, her focus changes into one of survival. Can a cute Wampanoag Indian help her, or will their relationship make matters worse? To save herself Emeline must discover her own magic and find her way home. 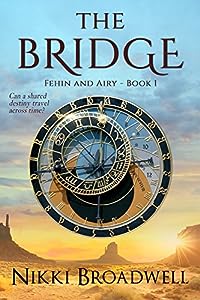 The Bridge: Can a shared destiny travel across time? (Gypsy)
by Nikki Broadwell

Sixteen-year-old Airy is nothing special, or so she thinks. But when she meets a boy from the future who tells her that her ability to talk to trees is a gift, her perspective changes.

But their connection is to be tested. There are those who want to keep them apart. A shared destiny isn’t enough to keep Fehin from the dark path he chooses.

Many dark and tangled paths must be traveled before they can discover what fate has in store. How can they trust in destiny when everything is working against them?