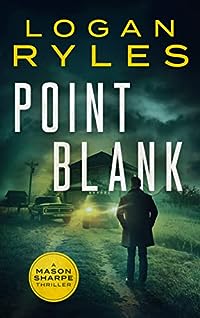 Army veteran Mason Sharpe’s world is turned upside down when his beloved fiancée is killed in a random shooting. Struggling to cope with his grief, Sharpe instinctively heads for the North Carolina town where he and his bride had planned to honeymoon.

Alone on a beach, contemplating a future which now seems bleak and empty, he stares into the abyss. But then…

A body washes ashore. An investigation begins and the police quickly pronounce an accidental death. But Mason isn’t buying it. He believes the man was murdered and someone is trying to cover it up.

As Mason presses the point, it soon becomes clear that the locals want him gone – and they’re ready to use force to run him off.

But Mason isn’t the kind of man to be pushed around. He’ll deal with this problem the only way he knows: Point Blank.