The rain yesterday was incredible. It poured down really hard periodically, and gave the ground a good, much needed soaking. During the breaks I was able to go out and tidy a few things up, before the next huge downpour came. I love the hot weather, but the smell of rain is so wonderful that I am more than happy to have Fall begin. The weatherman said it will be in the 80’s by the end of the week. PERFECT! Let it rain during the week and be sunny on the weekend. 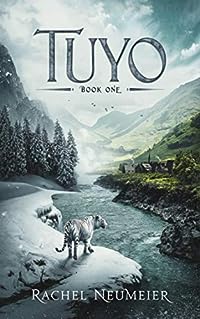 Raised a warrior in the harsh winter country, Ryo inGara has always been willing to die for his family and his tribe. When war erupts against the summer country, the prospect of death in battle seems imminent. But when his warleader leaves Ryo as a sacrifice — a tuyo — to die at the hands of their enemies, he faces a fate he never imagined.

Ryo’s captor, a lord of the summer country, may be an enemy… but far worse enemies are moving, with the current war nothing but the opening moves in a hidden game Ryo barely glimpses, a game in which all his people may be merely pawns. Suddenly Ryo finds his convictions overturned and his loyalties uncertain. Should he support the man who holds him prisoner, the only man who may be able to defeat their greater enemy? And even if he does, can he persuade his people to do the same?

Kat Beckman is a survivor.
A harrowing IED attack in Afghanistan has left Kat with debilitating PTSD even though everything else in her life seems normal. It’s not something she talks about. Never. The secrets from her time overseas have stayed there. It’s better that way… or at least she thinks so.

One day, visiting her hospitalized mother-in-law, a mysterious man approaches her and offers Kat a cure for the cancer that is ravaging Laura’s body and the heart of Kat’s family.

But is Kat willing to face her dark memories to save Laura?

Kat’s decision drags her into a maze of blackmail, murder and treason that forces her to choose between her love for her family and her loyalty to her country. 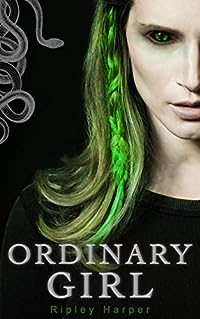 Deep inside me, something old and dark is stirring – and the rest of my life is falling apart.
At school, a group of rich, popular boys is planning to publicly humiliate me. At home, everyone seems to be keeping some dark and ominous secret.
And now my ultimate crush – a Viking-type sex god too hot to live – decides to tell me I have “magic powers” because I’m the “last descendant” of an “ancient bloodline” controlled by a “secret Order”, and that his family has been “keeping” mine for centuries.
I mean, seriously?
Sometimes I think no one around me is quite what they seem.
Least of all myself.

This is the first book of The Dark Dragon Chronicles.
WARNING: This book contains some instances of strong language and one scene of graphic violence. Only suitable for older YA readers. 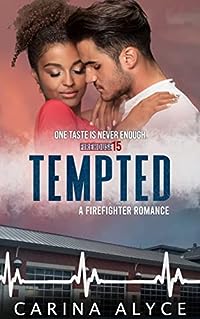 The one who got away will be in his arms before the night is over.

Firefighter Fabian Santos would usually be annoyed he’s stuck in the ER getting examined, but he has a chance to flirt with his big ‘what-if’ – ER clerk Cassie Odon. One naughty kiss later and she’s making him an offer he can’t refuse.

Provided he ever makes it to their date…

Warning: This steamy romance ends with in a HEA after solid three years and forty-eight hours of UST. It’s perfect for readers who want a hot firefighter loving his curvy girl. 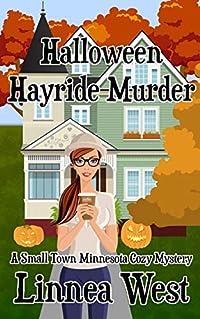 Earl wanted to stop the Halloween Hayride. Someone ran him over with it. Can the Hayride get back on track before Halloween is ruined?

Tessa is back in her hometown, picking up the pieces of her life as a young widow. Besides passing the time by working at the B&B that her parents own, Tessa joined the Halloween Hayride Committee to help give back to her small town. Plans are going great but then Earl whisks into town, threatening to shut down the beloved Hayride and someone takes it upon themselves to run him down with the tractor.

Now Tessa’s gotten herself tangled up in the mess, tripping over clues and getting more and more involved. Someone has to get the Hayride back on track and she has decided that someone has to be her. It is the only way she can think of to take charge of her life and thank her hometown for welcoming her back when her life fell apart.

The only problem is that while Tessa is trying to solve the case, the murderer is keeping an eye on her. Can Tessa figure out who ran over Earl before the tractor-riding killer strikes again? 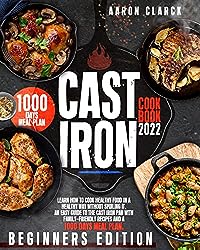 A healthy meal is always made of two elements
healthy food and healthy cooking !!
If you mess with the cooking part, you’ll spoil the food and the meal could become not so healthy. A junk-meal even…

But what does it mean?

Think about an egg.

If you cook that premium quality egg the wrong way – maybe the heat is too high, maybe the pan is too cheap – you’ll kill all its nutrients.

But the thing could go even further.

You may inadvertently unleash substances harmful to health (such as when overcooked meat becomes carcinogenic).

So not only does the food become “neutral” once it has lost all its vitamins, minerals, and antioxidants – neither good nor bad for you – but it could become even dangerous.

The solution to that?

It lies in the choice of the pan.

The Iron Cast Pan guarantees healthy and tasty meals, BUT when properly used.

That’s why, if you are a newbie to that, you’re in dire need of much more than a cookbook…

What you need now is a cookbook which is also a guide, like this one here.

Let’s take a look at what’s in it:

How to use the Cast Iron Pan to keep 100% of the vitamins, minerals, and antioxidants of your food (there’s only one right way and thousands wrong)

How to clean, maintain and restore your Cast Iron Pan to neither ruin it nor spoil the food (a few simple steps)

And so much more!!
Statistics show that, in the United States, sales of Cast Iron Pan have increased exponentially in recent years:
From 103.5 million U.S dollars in 2010 to 176.1 in 2018 – and sales are still increasing.

That’s because of the healthy wave the world has seen in the last few years.

So, if you too want to make food cooking healthier and less harmful…
Get this cookbook-guide for beginners now!