I have to give it to spiders, those critters work hard. Last night a spider made a pretty good sized web from a cabinet to a door 8 inches away in our family room. I use the door every day, so that means the spider worked all night to make its web.  I feel really bad that I have to destroy the web and release her back outside. I would hope that she learns that inside the house isn’t the best place to be building such awesome webs. I can’t be certain, but I think she even has a snack on the web. She is currently working on some little bundle. There is another spider hanging out with her, but it’s not doing anything. Oh no… she just tucked the package under the cabinet. I am so glad I am big and human. I would hate to be eaten by a spider. Eww… I just put a dead fly I found on the windowsill on her web. Let’s see what she does. 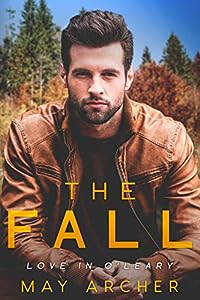 The Fall (Love in O’Leary Book 1)
by May Archer

“I was in free fall the moment we met, and I just keep falling.”

Small town police officer Silas Sloane knows every resident of O’Leary, New York. He’s earned the love and respect of its citizens, though living under the small-town microscope grates on him. But though he’s good at his job, there’s one thing he’s not good at: commitments… Until Everett.

Widower Everett Maior, O’Leary’s newest citizen, came to the small town kicking and screaming. He never wanted to become primary caretaker for his grandfather and has no interest in living the provincial life. Snarky and superstitious, he’s proficient at keeping people at a distance… Until he lays eyes on Silas.

Strange disappearances are plaguing O’Leary, though, even as Silas and Everett find their growing attraction undeniable. Can they find their way to a future together, even as ghosts from the past threaten to tear them apart? 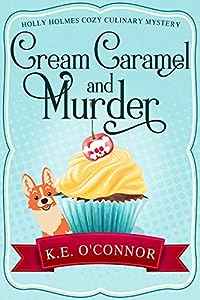 With its stunning turrets and beautiful rose gardens, I always thought Audley Castle was perfect, set in the idyllic English village of Audley St. Mary. It’s a place I love to call home. But behind the trimmed hedgerows, stately gardens, and birdsong, a killer is waiting…

After being forced to close my charming café in this quaint little village, I’m thrilled to get a job in the Audley Castle kitchens, making divine treats for visitors and serving the Audley family who live in the castle.

The joy fades when I take my beloved dog for his daily walk, and he leads us to the body of a family friend, Kendal Jakes. Seemingly caught in the act of tampering with evidence by the castle’s security team, I become the number one murder suspect in their investigation. It’ll take more than my skills with a piping bag to solve this crisis.

As fingers get pointed at me, I have no choice but to take matters into my flour-covered hands and clear my name. As I snoop around, I discover old rivalry, jealousy, and long-standing grudges. But who killed Kendal?

If I’m charged with this crime, my friendship with Princess Alice will be over, and my blossoming crush on the handsome Lord Rupert will be a distant memory. And he has such a lovely smile. A kitchen assistant and a lord is an impossible dream, but every woman deserves a little indulgence.

Having mastered the art of creating a perfectly fluffy souffle, I’m known for my determination to get things right, and I won’t rest until I uncover the truth about this murder. Even if doing so puts me in the killer’s line of sight…

Cream Caramel and Murder is book one in a complete eight-book culinary mystery series set in an enchanting English paradise. Each cozy mystery features our sleuth, Holly Holmes, her cute dog, Meatball, and a cast of quirky villagers.

Allison Hong is not your typical fifteen-year-old Taiwanese girl. Unwilling to bend to the conditioning of her Chinese culture, which demands that women submit to men’s will, she disobeys her father’s demand to stay in their faith tradition, Buddhism, and instead joins the Church of Jesus Christ of Latter-day Saints. Then, six years later, she drops out of college to serve a mission — a decision for which her father disowns her.

After serving her mission in Taiwan, twenty-two-year-old Allison marries her Chinese-speaking American boyfriend, Cameron Chastain. But sixteen months later, Allison returns home to their Texas apartment and is shocked to discover that, in her two-hour absence, Cameron has taken all the money, moved out, and filed for divorce. Desperate for love and acceptance, Allison moves to Utah and enlists in an imaginary, unforgiving dating war against the bachelorettes at Brigham Young University, where the rules don’t make sense — and winning isn’t what she thought it would be. 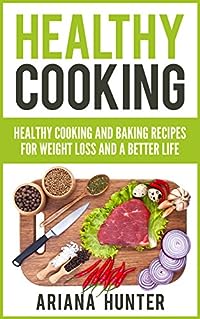 Eating Healthy Doesn’t Have To Be So Hard, This Book Contains Plenty Of Delicious Recipes That Don’t Come With A Side Of Instant Regret! Limited Time FREE Bonus- 14 Super Smoothie Recipes & Productivity Hacks To Ultimately Enhance Your Lifestyle! Find Your Copy Inside
Let’s Solve The Mystery Of Healthy Recipes That Taste Great And Also Pack A Nutritional Punch! Eating healthy can seem like a difficult thing to do. The main reason that people find eating healthy so difficult is that they don’t know how to prepare the food in a way that both satisfies their taste buds and doesn’t expand their waistline. Yes, it’s true, you can eat delicious food and keep your body in check at the same time. There was a point in my life when I thought eating healthy was difficult. I soon realized that I was just incompetent in the kitchen. I started to experiment with different foods and recipes and before long I was cooking healthy meals every single day. This book is my attempt to show you, my loyal readers, just how simple and satisfying eating healthy, clean foods can truly be. 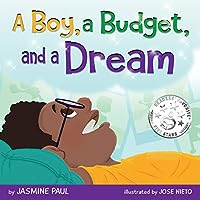 A Boy, a Budget, and a Dream (The Wealth Playground)
by Jasmine Paul, Jose Nieto

Do you wish your child could be more responsible with money?

Kass budgets her money carefully and expects her brother Joey to do the same. But Joey spends every dollar he earns. When he realizes he hasn’t saved enough money to pay for something he’s been dreaming about, Joey must either learn to budget or risk giving up his dream.

A Boy, A Budget, and a Dream helps teach financial literacy and money management to children ages 4-8 in a fun and easy to comprehend way!

Grab yours today and encourage the children in your life to start budgeting for their dreams! 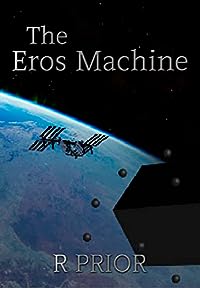 The Eros Machine
by R PRIOR

The room erupted into spontaneous applause as the countdown reached zero and the female’s voice announced, “We have main engine start and lift off. Lift off for NASA’s NEAR Shoemaker observer. On its way to rendezvous with the asteroid Eros 433.”
That seemed a long time ago, as I look back at the events that have unfolded since that time.
None of us knew then, that simple innocuous mission would answer the question that humanity had asked since we took those first historical steps into space.
“Are we alone?” 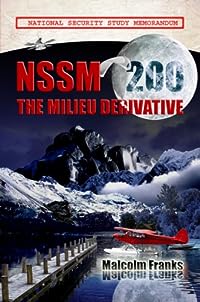 The Red Dragon stirs. Is it a threat to global stability, or just to the West? The world holds its breath, watches, and waits.
Such grand matters of State don’t concern Matt Durham. He has moved into a new house by the coast on Vancouver Island with his partner Grace. Life is comfortable. Life is good. It doesn’t get any better than this.
That is until he plucked a woman’s body from the sea. Now it would begin. The discovery prompts a desperate call for help. Not just any call but one from an old foe, now wishing to befriend him for mutually beneficial reasons. Grace told him to ignore the caller. The same person had not so long ago tried to have Matt killed; except there is a life at stake, the life of someone important to him. Compelled to accept the invitation and believing the task at hand to be relatively uncomplicated he all too soon grasps the gravity of the situation and realises he should have known better. Nothing about this past adversary is ever straightforward.
Matt is unwittingly plunged into a dark world he doesn’t understand, one of political intrigue and manipulation, bringing him into contact with the widow of a man he killed, a woman he must now deceive. The further he delves, the muddier the waters become and he begins to understand his adversary has involved him in a plot far bigger than he could have imagined, a conspiracy which leads to the heart of the US Administration.
Now he must find a way out. But to succeed he must compromise both himself and his ideals by making alliances with people he cannot trust, by deceiving the innocent, and by testing the loyalties of those closest. Matt must call upon all his reserves of strength and courage relying on nothing other than his wit and cunning.
He must risk everything to get to the truth; to reach the end game.