For Lovers Of Mystery & Suspense

This incredible collection by award winning author John Ottini is perfect for fans of mystery and suspense. Filled with twists and turns, each story with have readers guessing until the very end, and I can almost guarantee your guess will be wrong. Grab your copy TODAY!! 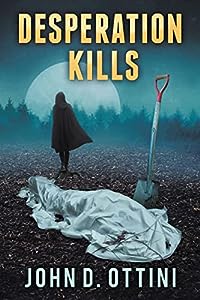 In Desperation Kills, author John D. Ottini weaves together three standalone yet interconnected stories about the dangerous and sometimes deadly situations that people find themselves in when blinded by passion or pushed to the point of desperation.

Sitting by the bedside of her dying mother, Gwen is told a secret so startling that she can only hope that what she is hearing are simply the delusions of an over-medicated woman in her final hours of life. But in the weeks and months following the funeral, that hope crumbles as more pieces of evidence come to light, threatening everything Gwen holds dear. Then tragedy strikes once more.

Desperate to move on with her life, Gwen sets out to discover the truth — only to be confronted with a question that is far more difficult to answer: Are there some secrets that are best left alone?

Writer Jonathan Hardin and his wife Tess leave the hustle and bustle of New York City to live in a small, solitary farmhouse in Upstate New York. But the last thing they expect is to be involved in small-town gossip and scandal.

When the local librarian is found dead and Jon becomes the prime suspect, their lives are turned upside down. Tess is left to wonder if their marriage will survive the accusations and the ramifications of her husband’s legal turmoil. But most of all the question haunts her: Is Jon guilty?

Some events are so painful and frightening that you can’t share them with anyone. But even if you did, would anyone believe you? Faced with this dilemma, young Jonathan Hardin must take matters into his own hands in an effort to conquer his demon.

AUTHORS NOTE: The following stories were released in previous publications. 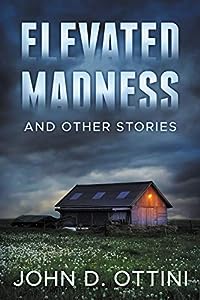 Elevated Madness and Other Stories
by John D. Ottini

The real world is filled with people who live quiet, productive, uneventful lives. These are not the characters you’ll meet in author John D. Ottini’s world of twisted fiction.

Elevated Madness & Other Stories consists of 11 short stories that will amuse, shock, and enlighten you. The twists and turns in each story will keep you guessing until the conclusion, where you’ll be left shaking your head and wondering, “Why didn’t I see that coming?”

Find out why a casual meeting in the elevator of a downtown office building turns into “Elevated Madness.”

In “A Brotherly Game of Chess,” two brothers use a game of chess to settle a deadly score.

The simple and seemly idyllic farm life of Abe and Dell masks a dark secret in “Life among the Fireflies.”

In “Late Night Killer,” a mysterious object and a late night visitor with deadly intentions turns one man’s life into a living hell.

A mystery author discovers in “Smoke & Mirror” that she’s not the only one who can craft a heart stopping surprise of an ending.

In “Professor Homeless,” a teenager discovers that a chance meeting is not what it appears to be.

The Twisted Road Ahead: An Anthology of Short Stories
by John D. Ottini

Our journey through life rarely follows a straight and narrow path. The road is filled with unexpected twists and turns and sometimes things are not as they seem. In The Twisted Road Ahead, John D. Ottini leads us on an excursion through eight suspenseful tales, each filled with joy, heartache, mystery, intrigue and a pinch of humor.

In “Tormented Heart” Austin Drummond discovers that fulfilling his departed wife’s final request is more than he ever bargained for.

When tragedy strikes, Blake Thomas is left with a broken heart and a guilty conscience. Rather than searching within his heart for the forgiveness he needs, he decides that sometimes it’s easier to just “Blame it on the Weather.”

In “One Shot to the Head,”* Brie’s longtime boyfriend takes her for a romantic dinner on Valentine’s Day, so she naturally assumes that he will at long last propose to her. What she doesn’t expect is an evening that ends in humiliation.

Diana is having a difficult time coming to grips with the loss of her only child. If that isn’t enough of a burden, “Disturbing Conversations” are leading her to believe she’s losing her mind.

In “Words to a Kill,”* Lucy’s erratic post-accident behavior troubles her husband Sonny. When his brother Marco makes an unorthodox suggestion to help Lucy, can Sonny stand by and handle the alarming result?

“A Toast to My Sorry Life” finds Lena Dancer coming to the sad realization that her life is nothing like she thought it would be. Sometimes when dreams vanish into thin air, the only thing that remains is a desire for cold, hard revenge. 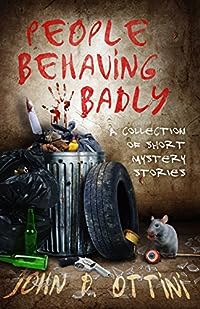 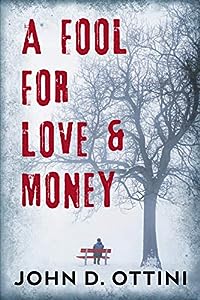 A Fool For Love & Money
by John D. Ottini

Unlucky at love, unemployed and drowning in debt, Thomas Murphy is a man in need of salvation.

When an unexpected gift arrives from an unknown source, Tom is confused, yet elated about his new-found fortune. His luck continues when he runs into an old flame he hasn’t seen in years and sparks begin to fly. Strange how a man’s fate can change when he least expects it – one moment he’s miserable and struggling to make ends meet, and the next he’s back on his feet and looking forward to a bright future… or so Tom thinks.

Then Tom’s rediscovered love reveals the shocking skeletons in her closet and he must decide to forgive and forget or turn his back and walk away. An innocent search on the internet turns up a problem that could stand between Tom’s good fortune and ultimately, him and the love of his life. If he chooses to stay, he must find a way to live with what he has to do to keep her in his life. They say that love is blind and money is the root of evil, but sometimes you don’t realize the truth of those adages until it’s too late.

A Fool for Love & Money is a novel about love, desire, greed, murder and forgiveness.

INCLUDES BONUS STORIES: Things You Can’t Control and No Return