The Secret They Kept series by J.S. Ellis

Emily Clarke thought her dreams were coming true. Her business was thriving and she was moving into a beautiful new house. Yet this dream quickly morphed into a nightmare. The Secret They Kept series by J.S. Ellis are completely addictive and gripping psychological thrillers readers just can’t get enough of. Grab your copy today! 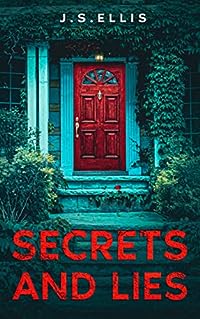 Secrets And Lies: (The Secret They Kept Book 2)
by J.S. Ellis

Emily Clarke is still haunted by the events that unraveled a year ago.

Not having seen or spoken to Lucien, she is struggling to sell her home in Greenwich while using alcohol to help her cope.
Arriving home from the holiday, Emily finds a single red rose outside her door, is it Lucien trying to send her a message?

Then… the attacks begin.

The people she cares for are being attacked by a malicious culprit. With Lucien picking that moment to reappear, Emily can’t help but question his motives. Does he know who is behind the vicious crimes? Together, can they put an end to the rash of violence? 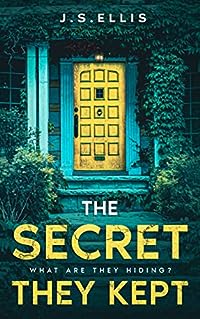 Emily Clarke thought her dreams were coming true. Her business was thriving and she was moving into a beautiful new house. Yet this dream quickly morphed into a nightmare.

Emily’s nerves are on edge, which is only made worse by the man across the street constantly screaming at his wife. By befriending their son, Lucien, she learns a dark truth about the street she now calls home. Lucien has a brother who went missing ten years ago, as did the last occupant of Emily’s house.

Emily wants to believe these ominous events are past history until her ex-boyfriend vanishes without a trace. Now, she’s convinced she is a pawn in someone’s twisted game.

Can she uncover who is behind these disappearances before becoming their next victim?