The Chris Morehouse Espionage Thrillers by David A Davies

Author David A Davies creates characters who are realistic and that everyone can relate to. His characters have bad traits or hangups, and most of all, people they are people who make mistakes. “I hope that readers find Chris Morehouse, the main character in my five books, as a typical guy who has issues but is working his way up the ladder from the bottom and is not a natural-born Hollywood hero.” – David A Davies. Grab your copy of these exciting thrillers that are perfect for fans of Baldacci, Vince Flynn or Brad Thor. Enjoy! 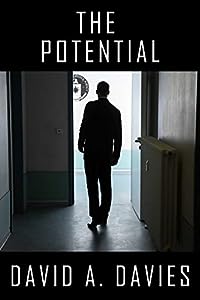 It began when he got behind the wheel. It didn’t end with his first kill.

Chris Morehouse, a chauffeur for the US embassy in Germany, is navigating his way through the tight streets of Bonn when he encounters a sight ahead of him, he one day half expected. The US ambassador’s car coming under attack by well-organized terrorists.

Chris’ fight-or-flight instinct kicked in, but he was conflicted, this wasn’t his battle. Should he move forward and engage the enemy, or look the other way?

With an uncanny ability to evaluate situations instantly, Chris aimed his car at one of the attackers and mashed the gas. For the former British soldier, it would be his first kill for the United States of America, but it would not be his last. A kill that piques the interest of a three-letter agency that has its eye on a potential recruit.

However, Chris’s instincts tell him he could now be a target. The FBI brushes him off, but a mercenary, a terrorist leader, and a corrupt politician may have other ideas.

A traitor, a defector, a lover, a deceiver, an assassin.

In this faced paced, tightly woven espionage story, Chris Morehouse, a British contractor for the CIA, must intercept an assassin in Berlin. The shooter’s target: a defecting Iranian nuclear scientist. With minimal intelligence on the hit, Chris must find and eliminate the threat.

One split-second before the killer’s trigger-pull, Chris realized the shooter is someone he knows… very well. He freezes in the gut-wrenching decision — save the defector and kill his friend, or fail in his mission and let the assassin go free — but then…

In Mask of Deceit, David A. Davies takes readers in a journey that spans the globe from the United Kingdom to Germany, India to Greece, and the United States to Sweden. The plot weaves and spins, pitting intelligence agencies and spies against each other who all have one thing in common — deceit. Will Chris play the duty-bound pawn to complete his mission, or will he let his emotions rule?

The Next Cell (A Chris Morehouse Espionage Thriller Book 3)
by David A. Davies

The first cell struck on 9/11, the next cell will strike soon… it has been deployed.

Within hours of the devastating terrorist attacks on 9/11, CIA officer Chris Morehouse is dispatched on a mission to Afghanistan. Objective: locate a man he once wanted to kill and get him to the United States… dead or alive.

Thrust into a war zone with little more than a pistol and an ill-conceived plan, Chris marches into the unknown expecting the worst.

Chris hunts down his man, but finds more than he bargained for. Behind enemy lines, he uncovers signs of a lethal terrorist plot. Can he get the evidence back to the West before extremists seek him out? Or will the next terror cell strike the United States again before he can act? 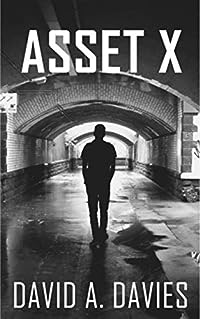 People say CIA officer Chris Morehouse is insubordinate, difficult and irritable. His boss says he’s a liability, and his team doesn’t want to work with him. He’s crossed all the wrong people. Chris’s job is on the line, but he still has one task to complete: find the architect of 9/11 — the man known only as “Mukhtar.”

But Mukhtar is a ghost; he can’t be found. The terrorist mastermind is cunning, and determined to evade his pursuers while furthering his campaign of terror. The CIA needs a source to help find him, an asset who can guide them to Mukhtar. Chris Morehouse has a lead, a potential ally. But can he hold on to his job long enough to capture America’s most wanted terrorist — or will he die trying?