I don’t mind it being Monday so much, but it would be nice if Monday took a few pointers from Friday about how to make it a nicer day. I like Monday’s work on fresh starts and such, so no improvement needed there. Maybe just add a little more fun and less gloom. Thank you. 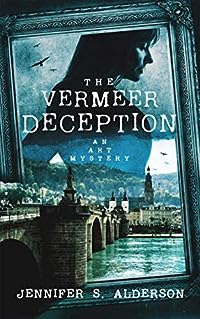 An art historian finds – then loses – a portrait by Johannes Vermeer in this thrilling art mystery set in Munich, Heidelberg, and Amsterdam.

When Zelda Richardson investigates a new lead about a missing portrait by Johannes Vermeer, no one expects her to actually find the painting in a retired art dealer’s home in Munich, Germany. Not her parents visiting from America; her boss, private detective Vincent de Graaf; or the rightful owner of the Nazi-looted artwork.

However, Zelda’s jubilation turns to horror when she arrives to pick up the portrait and finds the art dealer dead and several frames smoldering in his fireplace. Was the Vermeer a fake and its ‘discovery’ a cruel joke played on a Nazi victim? The Munich police, Zelda’s family, and Vincent certainly think so.

Yet the art dealer’s best friend believes he was murdered and the real Vermeer stolen by an underground network of art looters, one established during World War II and still active today. The problem is, no one believes him – except Zelda.
She soon finds herself in a dangerous game of cat-and-mouse with immoral art collectors, corrupt dealers, and an all-to-real killer who wants her to stop searching. Can Zelda uncover the truth about the Vermeer before she is painted out of the picture permanently?

The Vermeer Deception is Book 4 in the Zelda Richardson Mystery Series. The novels in this series can be read in any order.

“Most on this world know nothing of such a dark place… ”

Nera, a plane-cursed thief, lives in Nexus, a city forever cast in twilight, constructed around a great Machine built by immortals to align all the planes together. Nera grew up an orphan on the streets, scorned and mistrusted for her fiendish heritage, and was sentenced to ninety-nine years of slave labor in the great foundry for a petty crime. She would like nothing better than find a way to somehow reduce her onerous sentence or remove altogether the cursed collar clamped around her neck.

Malek is a young apprentice mage with a bizarre and dangerous power that he struggles to control. After his teacher is kidnapped by a strange group of soldiers, he tracks the group to Nexus, seeking to rescue his master.

Their fates will be forever intertwined as they are swept up in events beyond their control. A fragile truce holds in Nexus, maintaining a balance where neither good nor evil can gain the upper hand. Yet all is not well in Nexus, for in the darkness festers the wicked ambitions of those who seek to swing the balance of power forever in their favor.

The Twilight City is the first volume in Nexus of the Planes, an epic fantasy series from the author of Extensis Vitae. 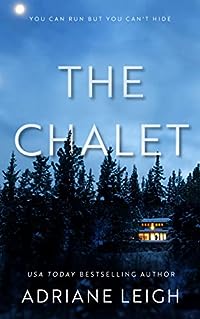 The Chalet: A Lockdown Thriller
by Adriane Leigh

When a couple is offered a stay at a chalet in the mountains, they jump at the chance to relax and reconnect.

No cell service, no internet, and every modern luxury they could wish for sounds like a dream come true. But when one of them ends up hurt on the night of a terrible storm, their perfect paradise becomes a prison.

Trapped without escape, details come to light that shake the foundations of their relationship. In the search for answers, more secrets are uncovered that leave them wondering which of them can be trusted, and who is the real threat.

Why were they lured to the chalet? Will they ever make it off the mountain? Or will this quick weekend getaway be their last?

Everything in Detective Morgan Foster’s life is a secret…
Living in West End, West Virginia wasn’t part of the plan, but the murders of her husband, Peter, and her partner, AJ Roth, have sent her into hiding.

For a while, everything seemed to be fine, but two dead bodies at her waitressing job tell another story…

Unable to ignore the threat that’s crashed down on her carefully constructed secret life, Morgan gets caught in a web of motorcycle gangs, murder and a bounty that has six figures hanging over her head.

Before long, Morgan is in the sights of the people that want her dead again. Can she solve the murders before she becomes the next body to drop?

If you’re a fan of vigilante justice and psychological thrillers with characters like Rachel Hatch and Jack Reacher, read West End Justice today! Get it now! 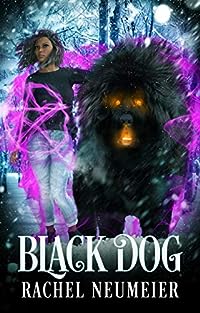 In a world where a half-hidden war has finally revealed to ordinary humans the supernatural creatures that surround them, safety is hard to find for a girl like Natividad. Born Pure, one of the rare girls able to wield protective magic against demonic forces, Natividad and her brothers are on their own and on the run, with terrible memories and terrible enemies behind them. The only possible shelter might be found with their father’s kin, the infamous black dogs of Dimilioc… if they can win acceptance. But when their enemies track them to their new home, neither Natividad nor her brothers nor Dimilioc itself may survive…