I received the three new small butterfly habitats in the mail and have set them up. Two for Monarchs and one for the Swallowtails. It’s a fresh start to help me get over the large habitat hubby made that was attacked by a rat that wiped out 30+ caterpillars. I am really fighting the urge to bring them in at night, but that is just not healthy for them. I am hoping this round will end up better. 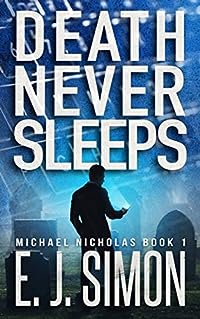 Michael and Alex Nicholas are brothers, but as different as night and day. Michael is CEO of a Fortune 500 company, living a comfortable life in suburban Connecticut. Alex, his older brother, heads up one of the leading loan shark and betting syndicates on the east coast. They don’t have a lot in common except a blood line, but that changes when Alex is gunned down at a restaurant in Queens.

At Alex’s funeral, surrounded by family, friends and colleagues, Michael receives a startling text. The text is from his dead brother Alex. Michael is now forced to question where his brother really is. And if Alex isn’t dead, who’s lying in the coffin?

Death Never Sleeps is an action-packed story of murder, betrayal and love. 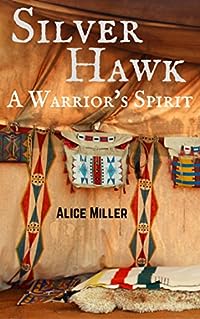 A boy was born to the Lakota and it was said that he would fulfill a prophecy. He grew up during the time of Sitting Bull and Crazy Horse and he lived through the Indian wars on the plains becoming a great warrior. He witnesses the decline of the Great Sioux Nation. Many years later, another boy is born on the Pine Ridge Indian Reservation. A holy man claims that he is the warrior who rode with Crazy Horse and Sitting Bull, a warrior returning from the past. Could it be true? 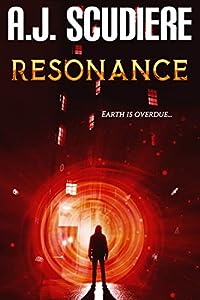 When the Earth’s magnetic poles begin trading places, four scientists will have to race against time to save humanity. Suspense and Sci-fi readers will love this page turner from a USA Today bestselling author.

Dr. Becky Sorenson has found a cache of frogs with a very high mutation rate… and some odd behaviors.

Dr. David Carter’s core earth samples seem to indicate the next polar reversal will be worse than predicted.

When the four scientists delve deeper, they discover they are all looking at the leading edge of a sweeping magnetic polar reversal. As humanity ignores their increasingly panicked warnings, the scientists will have to fight to save everyone… If they even can.

Resonance is a gripping, science-based thriller that will make you wonder what will happen when the poles really do shift. If you’re ready for a smart ride that will keep you guessing, start reading Resonance now. 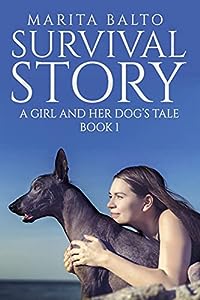 Survival Story: A Girl and Her Dog’s Tale (The Emma Hanson Crime-Thriller Book 1)
by Marita Balto

When Emma’s family life falls apart, she decides to take her dog, Cozzie, and run away. She has everything planned out, from sneaking onto her father’s boat, to getting a place once they land. But life has a way of spiraling out of control, and a series of unfortunate events leaves Emma stranded on a deserted island with a dead father and child traffickers on her tail. Will she and Cozzie be able to survive? Or will the jungle swallow them whole? An adventurous dog story that will surely entertain! 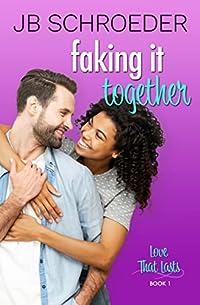 Faking It Together: Contemporary Romance with a Twist (Love That Lasts Book 1)
by JB Schroeder

Jake’s got a diner to run, a fake marriage to plan, and Sadie to woo — he’s in over his head.

When Jake Walker returns home and, for his mom’s sake, cooks up a fake relationship with sexy waitress, Sadie Evans, he’s shocked to discover that he wants the friends-to-lovers thing to stay on the menu forever. Although Sadie can’t pass up this chance to be in close proximity with her one true love, she harbors no delusions. Jake’s not built for settling down or small-town life. She’s betting he’ll rip off his apron and chuck the wedding band long before she has to admit to ordering up a fresh start for herself — one that can’t possibly include him.

…
This is a story about returning home after love and loss, taking chances and forging new beginnings, and, of course, grasping for a second chance with the one who got away!

This highly imaginative work of Mary Shelley’s twenty-sixth year contains some of the author’s most powerful ideas ; but is marred in the commencement by some of her most stilted writing.

The account of the events recorded professes to be found in the cave of the Cumsean Sibyl, near Naples, where they had remained for centuries, outlasting the changes of nature and, when found, being still two hundred and fifty years in advance of the time foretold. The accounts are all written on the sibylline leaves; they are in all languages, ancient and modern; and those concerning this story are in English.

We find ourselves in England, in the midst of a Republic, the last king of England having abdicated at the quietly expressed wish of his subjects. This book, like all Mrs. Shelley’s, is full of biographical reminiscences; the introduction gives the date of her own visit to Naples with Shelley, in 1818; the places they visited are there indicated ; the poetry, romance, the pleasures and pains of her own existence, are worked into her subjects ; while her imagination carries her out of her own surroundings. We clearly recognise in the ideal character of the son of the abdicated king an imaginary portrait of Shelley as Mary would have him known, not as she knew him as a living person. To give an adequate idea of genius with all its charm, and yet with its human imperfections, was beyond Mary’s power. Adrian, the son of kings, the aristocratic republican, is the weakest part, and one cannot help being struck by Mary Shelley’s preference for the aristocrat over the plebeian.