I got a bad case of the Mondays, but it started on Sunday. I woke up Sunday morning and the first thing I did was check on my caterpillars in the huge butterfly habitat my hubby made for me. I had about five or six Swallowtails that were just about to go into chrysalis and about 20 or so others from tiny babies to only a week or so away from their last stage. I also had about 15 or so Monarch caterpillars that were still small but growing fast. Sunday morning though, I discovered a rat sized hole at the back of the habitat and the entire caterpillar population wiped out. Everyone was gone. I am absolutely heartbroken over this and there is nothing I can do abut it. Let’s just say for the first half of the day I was not a whole lot of fun to be around. There is only one thing for me to do though… start over. I will make adjustments and just start over. Lesson learned. 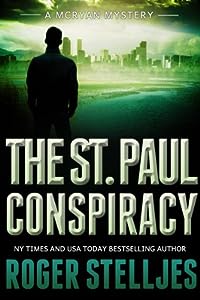 As the Twin Cities’ most prominent Investigative reporter, Claire Daniels was stunningly attractive… blonde hair, blue eyes and a curvaceous body she worked on relentlessly. She was the desire of every man in town. He had already secretly observed her working out at the club three times now. After waiting 45 minutes, he peered one last time through the gap in her closet door and stepped into the room while she slept.

Murder. Greed. Treason.
St. Paul Homicide Detective Mac McRyan thought his day was going to be less stressful with only a little paperwork and hopefully an early trip to the pub. Then his cell phone rang… he urgently rushes to the scene to find a body in a high-end condominium between Summit and Grand Avenues, and it’s not just anyone. With the brutal, high-profile Daniels’ murder compounded by the latest serial killer attack, the media pressure on the police department only builds and places Mac in the middle of a dangerous and high-stakes murder investigation that will ultimately have national political and security implications. 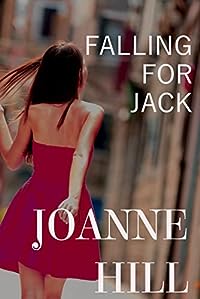 Jack Fletcher has survived his rough upbringing to become a mega success, but with his personal life down the toilet, discovering he has a son sends his life even further into turmoil.
Robyn Taylor was the brainy girl destined for great things who now waits tables for a living to support her twins. Life is a struggle, but when Jack convinces her he needs her to look after his son, the conditions are too good to turn down.
Robyn has always had a bit of a crush on Jack, but being this close means the crush is rapidly turning into something else altogether, and when Jack gets shocking news, it draws the two of them even closer together.
But how can Jack ever believe he can be a father to his son, and a husband to a woman who must learn not only how to trust him – but to have faith in herself as well.
A sweet, heartwarming downunder romance 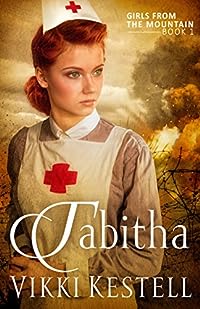 Tabitha (Girls from the Mountain Book 1)
by Vikki Kestell

From the author of the groundbreaking series, A Prairie Heritage, comes the compelling story of fiery-haired, fiery-tempered Tabitha Hale. Rescued from a life of depravity, Tabitha gives her heart to God and her life to nursing.

As this tenacious, redeemed woman perseveres toward her vocation, her temper and stubborn independence threaten to derail her aspirations. Will Tabitha pass the trial by fire that is necessary for God to truly use her?

And what is Tabitha to do with her feelings for Mason Carpenter, the man who simply refuses to give up on her? Is it even possible for God to ordain a shared future for two such different people, both with fervent callings upon their hearts?

When the Great War erupts in Europe, Carpenter leaves for England to train British pilots to fly reconnaissance missions over Belgium and France. Soon after, Tabitha hears God asking her to nurse the war wounded. However, because America has not joined in the fight, Tabitha has few options. Will the elite British Nursing Service make a place for her? Will they accept the services of an American volunteer?

And will Tabitha and Mason overcome the differences that stand between them?

The Chains of Freedom (Starhawke Rising Book 2)
by Audrey Sharpe

Not all cages have bars.
For Captain Aurora Hawke, becoming the de facto leader of an entire race wasn’t part of her plan. Neither was lying to the Galactic Council. Or hiding three hundred refugees on a forbidden planet. But she’s not about to back down.

Sworn to secrecy, she must use every resource at her disposal to keep one step ahead of a vengeful enemy. She just never expected the threat to become personal… 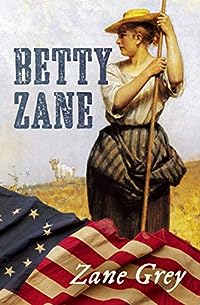 The legendary western author’s debut novel based on the real-life adventures of his own ancestor, an American frontier heroine of the Revolutionary War.

In the late eighteenth century, Wheeling, West Virginia, was the western frontier of colonial America. And when the young nation fought for its independence, Wheeling was the site of the American Revolution’s last battle: the Siege of Fort Henry. A vivid work of historical fiction, Betty Zane brings to life the events that culminated in that vicious attack.

On September 11, 1782, an army of two hundred British troops, together with four hundred members of the Shawnee Tribe, descended on the small fort. As enemy forces approached, Col. David Shephard charged the Zane family with mounting a defense. And while many fought bravely to save the fort, the heroine of the battle was Silas Zane’s young and spirited daughter, Betty.

Betty Zane is the first novel in a trilogy of historical westerns set along the Ohio River. It is followed by The Spirit of the Border and The Last Trail. 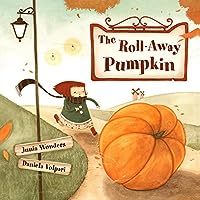 When a large pumpkin gets away from its young owner, Marla, an amusing and lighthearted pursuit ensues. As it rolls down country roads, through a farm’s haystacks, past a milkman and his cart, over a stone bridge, through a city’s bistro, and past a butcher shop, readers will enjoy as each subsequent person joins in the young girl’s chase after the runaway, rollaway pumpkin, making for a silly procession that gets even sillier when the group encounters a marching parade. A pleasing ending has the ever-growing group enjoying a cauldron of pumpkin soup.

With stunning illustrations in beautiful muted earthy tones, many small details make each spread a delight in poring over — a dog with little sausages in its mouth, street signs that point “this way” and “that way”, a tiny windmill in the distance, leaves fluttering down on the country road, fresh baguettes stacked up in the baker’s wagon. A wonderfully lilting text is beautifully typeset in a fun and whimsical way, curving along the streets and alleys. A repeated refrain throughout the story adds a fun opportunity for young readers to chant along.

A short and simple story, The Roll-Away Pumpkin is a perfect read-aloud for families and educators of young children, while its highlighted keywords, repetitive language, and predictive nature make it ideal for beginner readers. 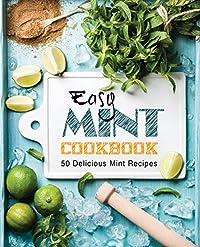 Get your copy of the best and most unique Mint recipes from BookSumo Press!

In this book we focus on cooking with Mint. The Easy Mint Cookbook is a complete set of simple but very unique Mint recipes. You will find that even though the recipes are simple, the tastes are quite amazing.

Here is a Preview of the Mint Recipes You Will Learn:

• Shrimp with a Creamy Lemon Sauce and Pasta