Oops I Did It Again

I am the QUEEN of doing exactly what I said I would never do again. I will never grow pumpkins again because I don’t have the room for them, yet I did it again after that statement for the next five years. I do this all the time. I am not sure who I am trying to fool. Yesterday was not exception. I swore I would never join a gym ever again because I never go. Today I have a free trial for a bootcamp. What makes this time different? Well… nothing. But I am going to set myself a goal. Two months. All I have to do is two months and then I am done. I just want to get through the holidays still fitting into the clothes I have now. My self control these days is non-existent, so I will need this bootcamp to counteract all the bad thing I know I will be doing. I am already having dreams about pumpkin cheesecake. 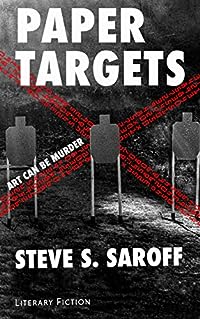 Paper Targets: Art Can Be Murder
by Steve Saroff

Part Montana wilderness, part crime, and part misdirected love, Paper Targets is a story of confessed secrets. Paper Targets is infused with nature and solitude and unpacks questions about why people sometimes do bad things. Based on the actual fringe events of two of the world’s largest multi-billion-dollar criminal frauds: the collapse of WorldCom and Enron.

Enzi, a drop-out and drifting runaway, becomes a criminal computer hacker who then falls in love with Kaori, an artist. When Kaori later confesses through her paintings to murder, Enzi starts questioning everything he has ever done. But as Enzi tries to extricate himself from the violent men he has become indebted to, he is pressured to keep “pounding code.” While Enzi plans his escape, he is forced to look inside for answers about his motivations. 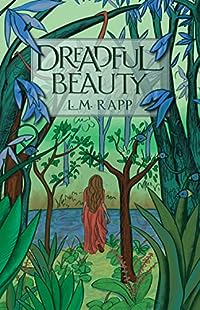 Nymphosis, a disease that turns humans into Chimeras, is ravaging the land of Gashom.

The More-Than-Pure, determined to protect themselves, have seized power and enacted segregationist laws.

Neria, the daughter of a high dignitary, witnesses more and more of the Chimeras being ruthlessly executed.

When she learns she is afflicted by the very disease her father is determined to eradicate, she’s forced to surrender her privileges. She flees the capital amid her terrifying transformation and traverses the strange wilds to seek refuge with others like her.
But she knows what’s happening isn’t right.

Find out how Neria develops the courage to fight oppression in this inspiring and elegantly written fantasy novel that pushes all to look deeper.

A perfect book club recommendation to change things up! 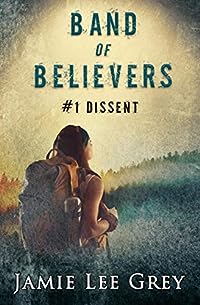 To save your life, would you sell your soul?

During the tribulation, Willow Archer intends to keep both. She just wants to live a simple life in her quiet Montana town. But when sinister forces begin rounding up Christians, she must make a tough choice: accept the mark, or run for her life?

Willow runs. With her brother and a few friends, she decides to flee to the mountains. And danger chases them every step of the way.

Turns out, the forest holds its own set of perils. Most of them deadly. Then the group discovers that their pursuers are still hot on their trail.

Is it even possible to survive the end of the world? Willow and her band of believers are about to find out. 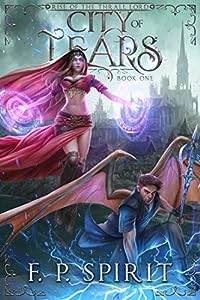 City of Tears (Rise of the Thrall Lord Book One)
by F. P. Spirit, Jackson Tjota

A cursed city shrouded in mist. The power to level an army. A deadly race against demons to find it.

Five hundred years have passed since Naradon, the mad emperor, ruled over the world of Arinthar. Unknown to all but a few, the emperor left behind a deadly legacy — seven towers scattered across the globe, each with the power to lay waste to an army.

Now demons have crawled up from the Abyss and taken one of those towers, using its power to summon more of their brethren. To make matters worse, a second tower has been uncovered and the demons want that one, too.

Yet that tower will not be taken easily. Shrouded in mist, the ancient city surrounding that tower has fallen under a terrible curse. All who once lived there walk the earth as undead, including the mad emperor’s wife.

Now a small band of heroes must enter the mists and wrest the tower from the empress of the damned and her undead army. For if they fail, the entire world is doomed to become hell on earth.

Enter a world of magic and adventure in this exciting tale of heroes in the making. Perfect for fans of Lord of the Rings and Dungeons & Dragons. 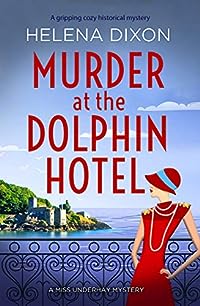 A room with a view… to murder.

June 1933. Kitty Underhay is a modern, independent woman from the top of her shingle bob to the tip of her t-strap heels. She prides herself on the reputation of her family’s ancient hotel on the blustery English coast. But then a body is found, rooms are ransacked and rumours begin to circulate that someone is on the hunt for a valuable stolen ruby – a ruby that Kitty’s mother may have possessed when she herself went missing during the Great War. Before she can do more than flick a duster, Kitty finds herself in the midst of a murder investigation.

When the local police inspector shows no signs of solving the shocking crimes plaguing the hotel, Kitty steps briskly into the breach. Together with ex-army captain Matthew Bryant, her new hotel security officer, she is determined to decipher this mystery and preserve not only the name of her hotel, but also the lives of her guests. Could there be a cold-blooded killer under her own roof? And what connects the missing jewel to the mystery from Kitty’s own past?

Sweet Galette Recipes You Should Try Before You Die: Foolproof Dishes That Will Never Disappoint You
by Tristan Sandler

We have collected 30 different galette recipes for every occasion. From sweet summer-inspired flavors to those perfect for Christmas and winter. You will adore every recipe in this book. We will guarantee that.