One bad thing about celebrating Christmas in July is it gives me this overwhelming feeling that I need to organize the whole house before Christmas in December. I always get this crazy feeling that I need to get all my ducks in a row with clutter and items we don’t need or use anymore. I think that’s what January is for, but I need clear surfaces to put all my decorations on and I can’t do that with clutter everywhere. I currently have 42 fake birds on my dining room table (long story), and that just won’t do for holiday celebrations.  I know I have been going on and on about how I don’t believe in motivation, and that’s not my problem. My problem is I have been exercising in the morning and that wipes me out for the day. WHAT THE HECKADOODLE!!??? Isn’t exercise supposed to make you feel better? ERG! Well, it isn’t. I feel lied to. Maybe I had a case of the Mondays and I should try again today. Fine… 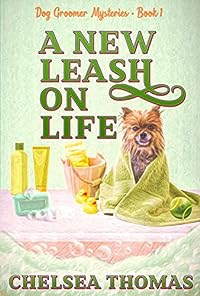 Every dog has his day…
… and so does every killer.

Amy’s story is like so many of ours. She gave up her heart to the wrong guy, and then she got it broken into horrible little shards. But Amy’s a fighter. So when she gets dumped, she flies home to Southern California and opens a gorgeous pet salon with her grumpy granny, Petunia.

Petunia’s a card shark, willing to bet on anything. This time she bets on her granddaughter and it pays off.

From Golden Retrievers to German Shepherds, Amy’s pet salon is a must for every dog owner in Southern California. But when the body of a washed up rock guitarist is discovered down the road — just after writing a bad review of Amy’s shop — doggy do’s and pet perms are the least of Amy’s worries.

The killer was good, and he framed Amy for the crime, so Amy and Granny have no choice but to solve the murder. If they don’t, Amy might end up in jail for a crime she didn’t commit. Or worse.

You’ll love this cozy because everyone loves mysteries with cute animals and plenty of suspense. 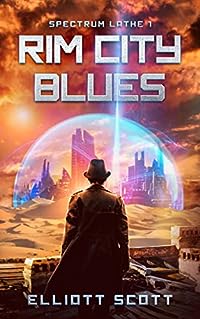 They want Felix Lasko to solve a murder while getting chased by coyotes, one-eyed assassins, and killer robots. He’d say no, but that’s not an option — since they’ll kill him outright if he refuses.

Felix had always dreamed of becoming a detective: just not at gunpoint. Besides the hot lead motivation, solving the murder of Jeff Hense will get him a ticket into Neotopia. It’s the last city on the planet with power, and he’s run hundreds of miles only to get stuck outside its blue forcefield dome.

He’ll need to get through a brothel-ship wedged into a cliffside, and a gang of violent criminals called the Mayors. All while avoiding instant death by a deadly piece of Tek known only as the Scream Ray.

Whatever the odds, he’s done running. He’ll get into Neotopia even if it kills him. 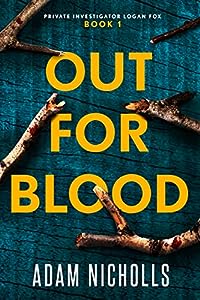 Never open your door to strangers.

It’s been six years since ex-cop Logan Fox lost his family, and their killer still roams free. Now working as a private investigator, Logan seeks justice on behalf of those around him. For those unable to protect themselves.

When his only friend goes missing, Logan is horrified to find the link to a series of brutal murders in the area. But as he edges closer to the truth, he finds there’s more to the kidnapping than first appears, and that the killer is linked to his dark past.

A past he’d left behind long ago.

OUT FOR BLOOD is the first installment to a gripping new serial killer series. It introduces Private Investigator Logan Fox, a no-nonsense vigilante with a short temper and a dark history… a history that is about to catch up with him. 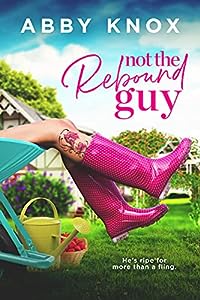 Not the Rebound Guy
by Abby Knox

A freshly broken heart sends the overworked Eliza back home to rural Illinois for some rest, relaxation, and bonding with her grandmother. The one-on-one time she planned for quickly takes a turn when she discovers that her generous, feisty Grams has another unexpected houseguest.

On Grams’ insistence, a doting beekeeper neighbor, Garrett, has taken up temporary residence on the back porch of her tiny farm house, after falling on hard times. This arrangement is a little too close for comfort for Eliza, but when the two of them band together to help Grams keep up with orders for her famous strawberry jam, all kinds of stickiness ensues.

This collection of the fourth, fifth and sixth in the Golden Retriever Mystery series is sure to delight dog lovers and fans of cozy mysteries. Can be read in any order.

in Dog Bless You, clue-sniffing golden Rochester digs up a long-buried human hand at the site of his human dad Steve’s new job.

n Whom Dog Hath Joined, Rochester’s at it again, sniffing out a mystery with its roots in the Quaker efforts to help Vietnam war resisters.

In Dog Have Mercy, it’s Christmas and Steve and Rochester need to help clear the name of an ex-con working at their vet’s office. Don’t worry– Rochester is never going to come to harm, though he and Steve certainly get into trouble!

The Smile: A story about an Inuit girl, her parents, her dog, and her necklace
by Marin Darmonkow

In a land where there is six months night and six months day, where the wind rarely rests, and food is scarce, a girl and her family struggle to survive. When mother and father leave to find food, Ahnah and her favourite dog, Akiak, must endure on their own, but by following a dream, they may bring a smile to more than one face. 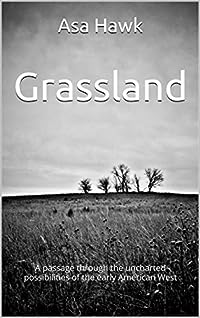 Grassland: A passage through the uncharted possibilities of the early American West
by Asa Hawk

Set on the Great Plains of the United States in 1833, in the region that is now southern Nebraska and northern Kansas, the narrative follows sixty-year-old Gerhardt Horst who is stricken with a stroke and thrown out on the open prairie. He survives due in part to the care of Pakskkiis, a Wichita Shaman . Born a woman, Pakskkiis assumes the social status of a man to survive in the male-dominated culture of the Pawnee. Together, along with a Pawnee crone, a mixed-blood boy, and a foundling infant, the two begin a passage through the uncharted possibilities of the early American West with all its savagery, solitude, and splendor. Coming into intimate and lethal contact with hostile tribes and renegade soldiers, Pawnee priests and Christian missionaries, tornadoes, and wildfires, this provisional family struggles to survive and overcome the obstacles of language, sexuality, culture, and religion, in a land of unbounded violence and beauty.