While the family is sick and not going anywhere anytime soon, my great plan is to rest. NO WAY!! They are all my prisoners here at home, so the best thing to do is get a few items off my ToDo list. Top of the list? Paint the baby basset’s bedrooms. I figure I might have a few days before I get hit with sickness, so might as well take advantage of the time. Yes, I know I will regret starting a big project right before I get sick, but I always have a great excuse not to do something. Especially something I hate doing. My goal is to have both rooms done by Christmas. Seems easy enough, right??? 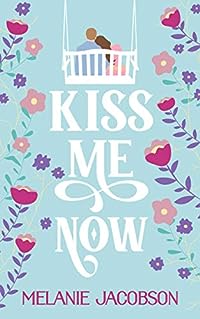 He’d be the perfect guy… if he wasn’t trying to ruin her life.

Ian would do anything for his grandmother, so when Gran suddenly announces she’s leaving the family property to her pretty new neighbor, Ian is on the case. He’ll use every one of his sharply-honed skills as a private investigator to expose the gold digger and save Gran.

Brooke is living her best life far from the city and career that tried to destroy her. She’s happy spending her summer renovating the house she inherited and gardening with her elderly neighbor, Miss Lily. But when Miss Lily’s handsome — and obnoxious — grandson shows up, making wild accusations and dragging up Brooke’s past, Brooke must convince Ian he has her all wrong.

But what happens when their chemistry proves even more dangerous than Ian’s accusations? 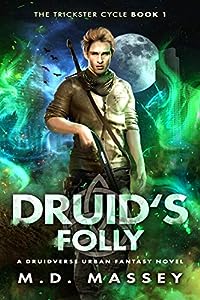 One druid against the apocalypse. Hell on earth doesn’t stand a chance.

Now that I’ve dealt with Badb and proven to the Celtic gods that I’m a force to be reckoned with, it’s time to address some unfinished business…

Just thinking about that place makes me break out in a cold sweat, and since I started planning this journey, the nightmares have come back with a vengeance.

Do I really want to revisit that hellhole? Absolutely not, but folks there are depending on me — innocents who won’t survive unless I return to protect them.

Besides, it’s my fault that the Hellpocalypse exists, so it’s my responsibility to fix it.

Of course, this time it’ll be different.

When Gwydion stranded me there, I had no warning or time to prepare. But for cripes’ sake, I’m a master druid now — a little ol’ paranormal apocalypse will be a cake walk.

I’ll just zip in, kill some master vampires, stop the spread of the vyrus, and be back in time for dinner with my girlfriend.

In short? It’s time to cast magic and chew bubblegum… and I’m all out of bubblegum. 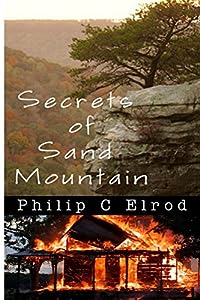 A story of murder, dark family heritage, and intrigue that will keep you turning the pages.

Philip Campbell dreams of a life beyond his small home town of Campbell Crossing atop Sand Mountain in Alabama. It’s the summer of 1944 and World War II is in its final chaotic days.

Philip and his best friend, Harlan, go on a camping trip to their favorite spot on a high bluff but they are not alone. They are startled to discover that they were sharing the bluff with an escaped German prisoner of war who had been interned at a nearby army base.

This chance encounter leads to dramatic changes in the destinies of many people. The German POW turns out to be a Physician who had to escape to save his own life because he helped Americans and the Nazi-controlled inmates at the camp could not protect him.

The boys are intrigued by the soldier’s stories of war and promise to help keep him safe from capture until the war ends and he can go home.

But things are not as simple when the secrets of small-town life are laid bare.

If you like action-adventure stories, with a bit of romance, you will love Secrets of Sand Mountain. 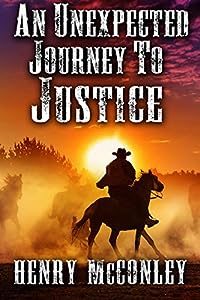 An Unexpected Journey To Justice: A Historical Western Adventure Book
by Henry McConley

Ranch hand Joe Younger has his life turned upside down when he finds his boss brutally stabbed to death, whispering the name of his killer. To his misfortune though, he becomes the main suspect when he is caught with a knife in his hand. With everything set against him, he is immediately put into jail but his troubles have just begun. Eager to escape from this living nightmare, Joe grabs the opportunity to break out of prison along with Angus, a fellow prisoner. Joe won’t give in, and he’ll never stop fighting for justice while also doing everything in his power to prove his innocence. When his investigation leads him down a dark, perilous road, will he manage to find peace?

While breaking out of jail, Joe meets Simone and her twin brother Simon under peculiar circumstances. She is in a bit of trouble herself, caused by her brother’s gambling addiction. To Joe’s surprise, Angus happens to be the man Simon owes money to for past gambling debts but Joe won’t let anyone hurt a helpless woman. Tired of being haunted by wrongful accusations, he asks her to help him find equity and vows to always be by her side in return. Simone is a blessing in disguise for Joe while everything seems to be falling apart but he’s too afraid to let her in. However, when he unearths a shocking secret about the man behind his boss’s stabbing, he knows he must turn the tables no matter what the cost. Will Simone break through the walls around his heart before it’s too late, or will the dangerous outlaws destroy Joe’s last hope for justice?

Joe and Simone come closer and create a special bond between them, but whether it can withstand the danger and coming confrontation is far from certain. Joe will try to prove his innocence before the law catches up with him… Can he really find freedom, or will this quest be his own demise, as well as Simone’s? 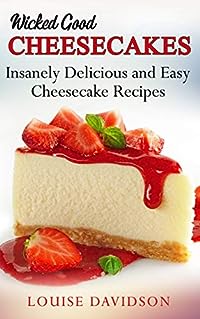 Everybody loves cheesecakes! It’s a decadent dessert that is easy to make and with this collection of cheesecake recipes, you’ll bake the best cheesecakes with easy step-by-step recipes!

• Lots of baking tips to make the best cheesecakes

Holiday and Celebration including:

All recipes come with a detailed list of ingredients, number of servings, prep, and cooking times, easy to follow step-by-step instructions, and nutrition facts.