The Moonlight Trilogy by M.L. Hamilton

The Moonlight Trilogy by M.L. Hamilton follows the life of Dr. Breanna Perry, a psychiatrist at San Quentin, who almost dies in a car crash. When she’s in the hospital, a man enters her rooms and asks her one important question, “Do you want to live?” Breanna’s yes will have epic consequences for her and her family. 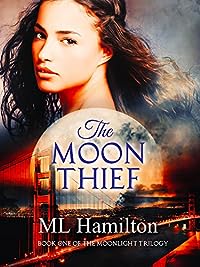 The Moon Thief (The Moonlight Trilogy Book 1)
by M.L. Hamilton

Breanna Perry has met some interesting people in her time as a psychiatrist for San Quentin. There was the guy who ate his mother for Christmas or the postal carrier who claimed Jesus told him to put ricin in the fashion magazines he delivered. However, nothing prepared her for Cassius Teran.Named for one of the conspirators against Julius Caesar, Cassius believes he’s no longer human. Of course, the world isn’t ready for people who think they have special abilities and Breanna is now tasked with curing Cassius of his delusions before he winds up in San Quentin forever.However, when a strange man starts following Breanna, she has to face the reality that the world might be a bit more complicated than she originally thought, and under the moonlight, strange and wonderful creatures lurk in the shadows.

The Moon Walker (The Moonlight Trilogy Book 2)
by M.L. Hamilton

Breanna Perry had a relatively simple life before the night she almost died.She went to work. Okay, she worked at San Quentin as a psychiatrist. She had a nice apartment. Okay, it was a studio in San Francisco that cost a fortune. She had romance. Okay, she had an ex-husband, and a love interest who gave her conflicting messages. And she had her family.But all that changed when Cormac O’Shea walked into her ICU room and asked her one question: Do you want to live? Since then, Breanna’s life has been turned upside.At least Cassius Teran was there for her. Cassius, with his brooding personality and strange abilities; Cassius who stood beside her when Clyde Barrow tried to blow up the BART station. But since her relationship with Derek Thorpe has progressed, Cassius has removed himself from her life.Now Breanna has to face a future knowing that all those she loves are going to die before her. She also has to learn how to control her growing power. Until Lachlan MacGregor enters the picture and paints a future where she could have the power to do ultimate good for humanity.It’s a seductive thought, but as Lord Acton said, “Power tends to corrupt; but absolute power corrupts absolutely.” Can Breanna resist the temptation to change the world? 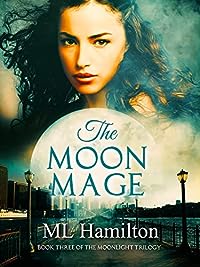 After a car accident almost killed Breanna Perry, she gets a second chance at life. When Cormac O’Shea enters her hospital room and asks her, “Do you want to live?”, she says yes. However, she isn’t prepared for what that simple word will mean, or what she’s about to lose.

No longer able to pretend she can have her old life back, Breanna is faced with leaving it all behind and accepting an immortal existence. Unfortunately, that existence comes with some challenging obstacles.

Helping her rival, Amber Wright, navigate the superhero world is only one of her problems, but when she realizes that Alan Siegel, the San Quentin murderer, just might make good on getting released from prison, she confronts the real possibility that he might go on a killing spree, one only she can stop. Then he asks her to continue as his psychiatrist. Can I get homicidal murderers for a thousand, Alex?

Then there’s Cassius-sexy, brooding, green-eyed Cassius-who has become the single most important person in her life. When Cassius’s ex-wife pops back into the picture, will Breanna be able to do the one thing she is sure she can’t do?

Will she be able to let him go?

Finish this exciting trilogy with The Moon Mage.