I planted a few plants in a trouble spot I had in the backyard this morning. When I was done I took a step back and thought to myself, “I think my garden is done.” Wow. I lie so easily to myself. I actually told myself that my garden could possibly be done. I am not sure why I felt the need to lie to myself. Weird. I wonder what else I am lying about. HEY!! I told myself I look cute in these overalls!!! THAT WAS A LIE????!!! 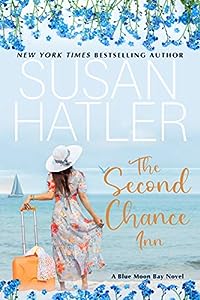 An emotional homecoming that will tug at your heartstrings & inspire you to believe in happy endings.

Wendy vowed never to return to the small coastal town where her parents abandoned her. But when she inherits the family inn at the beach, she must come home and face her past. Will handsome millionaire Max help her heal old wounds and open her heart?

From a New York Times bestselling author, don’t miss the chance to unite with friendships that endure and a love that will last forever in THE SECOND CHANCE INN. 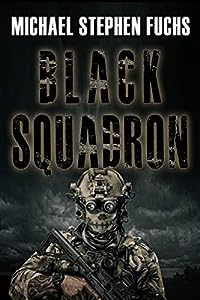 One troop of beyond-Tier-1 operators – gone completely off the reservation.
One platoon of stalwart Army Rangers – pledged to protect them, but now pushed too far.
And a thousand tribes of enemy fighters who JUST WANT THEM ALL GONE.

Black Squadron is a secret cadre within DEVGRU (aka SEAL Team Six), consisting of master sniper and recon experts who carry out sensitive and dangerous advance force operations (AFO) in the most lethal cesspools and ash-heaps around the war-torn globe.

But now they are being deployed to the darkest heart of the last days of the blood-drenched Syrian civil war, where they are surrounded by thousands of Syrian regulars, dozens of head-hacking Islamist militias, the hardest of the hard-core ISIS and al-Qaeda remnants, fierce Kurdish Peshmerga freedom fighters, ruthless Iranian Qods Force agitators, as well as Putin’s hyper-lethal and utterly merciless pipehitters from Spetsnaz GRU.

They’ve also been saddled with a blocking force, a platoon of US Army Rangers from the 75th Ranger Regiment – a unit that has fought in every U.S. engagement from the invasion of Sicily to Black Hawk Down. The Rangers are upright, loyal, and never leave their brothers behind.

But now the Rangers may be the only ones who can stop a rogue Black Squadron from leaving everyone bleeding out in the street – and also kicking off a shooting war between two nuclear powers.

It’s Black Hawk Down meets Training Day in this explosive collision of two legendary special-operations units battling to survive and prevail in the most dangerous city on the planet. 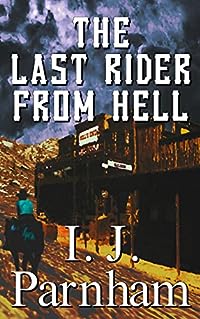 The Last Rider from Hell (Cassidy Yates Book 2)
by I. J. Parnham

Staked out under the baking heat of the desert sun by Frank Chapel’s riders from hell is no way for any man to die. Only someone as resilient as Matt Travis had the courage to endure the heat and the vultures and survive. When finally he manages to escape a gruesome death only one thing is on his mind – revenge.

But his memory has been blasted to oblivion and he is even unsure of his own name. All he knows is that everyone wants him dead!

Justice must be done and Matt will be judge, jury and hangman. First, though, he must face up to the truth of his past and, that accomplished, lead begins to fly. 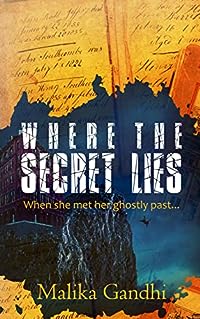 Where the Secret Lies: When she met her ghostly past
by Malika Gandhi

A mansion (Haveli). A sealed door. A spirit. And a secret.Nineteen-year-old Arianna and her family travel from London to India for a lavish wedding. Excitement turns to bewilderment and then curiosity when strange things start happening within the Haveli walls. A sealed door opens and Arianna is given Anjali’s diary, which recounts a romantic adventure that began during the bloody turmoil of partition in 1948.So begins a paranormal experience that leaves Arianna stunned and demanding answers. Who is Anjali? Why did the door unseal for her? Is there something the spirit wants to show her? What could it possibly be? 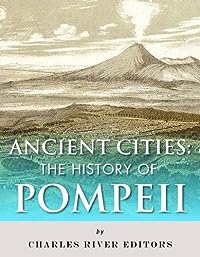 Ancient Cities: The History of Pompeii
by Charles River Editors

*Includes pictures of Pompeii, artifacts, and more.
*Chronicles the history of Pompeii since the first settlements there nearly 3,000 years ago.
*Includes quotes from Pliny the Younger about the eruption of Vesuvius. .
*Includes a Bibliography for further reading..
*Includes a Table of Contents.

They come in droves, busloads of tourists shepherded down through modern streets, shops and stalls, past souvenir stands and hordes of local guides offering insight and spectacle. From all across the world they come to the Italian region of Campania, to walk the cobbles of ancient streets, peer at frescoes, marvel at sculptures, and visit the remnants of historic villas, bath-houses and even brothels. In 2003, it was estimated these international visitors contributed some $35 million dollars to the Italian economy. A feature of the Grand Tour, an educational rite of passage for wealthy travelers from the mid-1600s to the mid-1800s, Pompeii has long been a popular destination for tourists; in 2008, an estimated 2.5 million tourists visited it.

The type of tourists also changed over time. In 79 A.D., the year Vesuvius erupted, Pompeii was actually the equivalent of a resort town for wealthy Romans. Over 1500 years later, it was only the wealthy elite who could afford to travel, trekking through Italy to examine culture, art and the roots of Western civilization. They sought exposure to the relics of classical antiquity while deepening language skills, broadening aristocratic connections, commissioning paintings and generally mingling with the higher social classes of the Continent. In more contemporary times, increases in the technology of transportation allowed the movement of people from multiple social classes, scales of wealth and cultural backgrounds. The style of traveler has altered, but the attractions of Pompeii have not.

Naturally, the main attraction of Pompeii is its time capsule nature, and the way in which it provides a snapshot of life in the past. The study of archaeology can examine varied scales of space and time, examining the long term changes of human material across centuries and continents, or the short term actions of a single event in one small room. Scale varies according to the research questions and the available data, but it goes without saying that it is highly unusual to encounter the material culture of an entire city effectively preserved within a single moment.

Ancient Cities: The History of Pompeii comprehensively covers the history of the famous Roman city that was born, destroyed, and reborn again, looking at what life was like in the city before and during the eruption of Mount Vesuvius in 79 A.D. Along with pictures and a bibliography, you will learn about Pompeii like you never have before, in no time at all.