I am not going to talk about Monarchs today. I can already tell you that’s a lie. Hubby and I were only really sick for two maybe three days, the baby bassets really only had one bad day, but we all have been quarantining for 108 days. I know it hasn’t been that long, but it feels like it. I also feel like I should have accomplished a lot more than just painting a few rooms. By now my house should be completely organized, and I should have lost a few pounds. Apparently I didn’t learn any lessons from the first time when we were all quarantined.  I did organize the medicine cabinet, but that was only because I was looking for the cough medicine. Maybe if I take the pressure off myself to accomplish things, I will accomplish more. Man I miss the grocery store.

Private investigator Bruce Ellsworth is familiar with the Amish. In his previous job as Sheriff in Castleton, Illinois, he was occasionally summoned to the nearby Amish community of Caroline Creek to solve a minor disagreement. But when an Amish family arrives at his office seeking help in finding their missing son, Bruce quickly finds himself caught up in a tangled web of FBI informants, Mafiosos, and secret societies that threaten to upend his whole world, and possibly get him killed.

At seventeen, Maria Reader is destined to follow in the footsteps of all Amish girls that came before — baptism, marriage and about a dozen children. Unfortunately, it is Maria’s brother Eli who has disappeared, which changes everything. Maria faces an impossible dilemma: forget about her brother, as her church elders demand, or do the unthinkable to try and save him.

Maria teams up with Bruce, and together they uncover a decades-old secret — Eli is not the first from Caroline Creek to disappear under mysterious circumstances. What’s even worse is that the criminals may be getting help from someone inside the community. 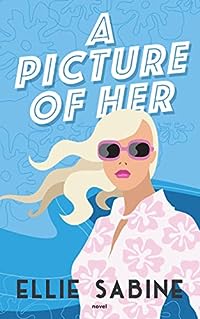 A Picture of Her
by Ellie Sabine

Liv’s been given a chance to start fresh with Thomas. Their marriage is perfect; Liv couldn’t ask for more. In fact, she adamantly does not want more. Not even one speck more. So, when she discovers that Thomas is yearning for a life that’s filled with more than just the two of them, she’s devastated. Even though she’s worked hard to change, she could never be the woman that Thomas sees her as — the kind of woman who could be a mother. Thomas hasn’t packed his bags yet, but she may have already lost him to another woman who will have a child or two or three… Could pushing Thomas away and not embracing change be one more wrong choice — a decision driven by fear and guilt — that will cause Liv to lose the best thing she’s ever had?

Liv’s adoptive mother, Della, is learning how to navigate life without her deceased husband, Carson. But after Della discovers an envelope in the attic filled with newspaper clippings about Liv’s biological parents, Carson begins to visit Della from the grave, and secrets from the past begin to crash through to the present, even as Della tries furiously to ignore them.
What really happened on the day Della and Carson first held Liv? 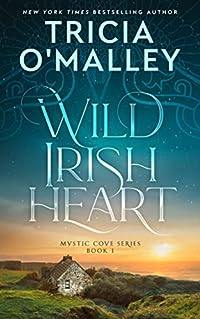 From New York Times and USA Today bestselling author Tricia O’Malley comes an enchanting romance series set on the rocky shores of Ireland. Readers are addicted to this bestselling series that transports them to a mystical town where magick and romance unite.

An ancient book, a power untouched, and a heart unloved lead Keelin O’Brien from her graduate studies in Boston to a small village on the coast of Southern Ireland. Determined to unearth the secrets lying hidden in the enchanted waters of the cove, Keelin has little time for a surly Irishman who infuriates her during the day and haunts her fantasies at night.

Inexplicably drawn to the woman who has stepped from his dreams and into his world, Flynn fights a stubborn battle against his increasing attraction for Keelin. Forces unknown have better plans for the two.

Only the secrets of the cove can show Keelin who she really is, the beauty of her mysterious power, and a love that will break the bounds of what she knows. 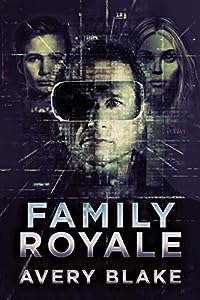 After losing his wife and son, Orin, due to his alcoholism, Dennis Hoke feels like he really needs a lucky break. He sees the Family Royale online gaming competition as his chance at redemption. This is the moment when he can rise to the challenge and finally become the father Orin needs.

They enter the contest together, competing to see which family can come out on top. What starts out as a great bonding experience for father and son soon derails as Dennis becomes addicted to success and his newfound stardom.

Orin begins to question just how far his father will go to win? And what’s the point in winning the game if you lose your soul? 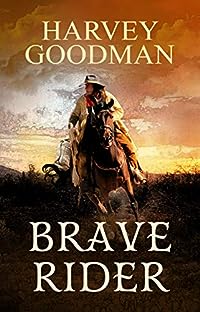 Jericho Buck is young, tough, and fearless, and has been burning across the western frontier like a prairie fire since he left home at fourteen. Now twenty-one, Jericho finds his biggest adventures yet riding one hundred miles a day through a desolate, hostile landscape for the famed Pony Express. The camaraderie amongst the riders and crew is iron-clad and it’s the best money he has ever made. But on a fateful day, Jericho comes across a lonesome spot where desperadoes have just captured a beautiful young Paiute woman. In a life and death moment, Jericho’s bravery forever bonds him with a Paiute tribe in a righteous quest for survival and ultimate justice.