I think my garden likes it better when I am not around. I have been busy painting my baby bassets rooms, so I have not been out in the yard for a few days. I peeked out the window and it was filled with Passion Vine butterflies, a few Monarchs and Swallowtails, not to mention a ton of bees and birds. They are all having fun without me. That kinda hurts my feelings. Don’t they know I built it all for them to enjoy, and for me to enjoy them enjoying the garden? Probably not and I shouldn’t take it personally, but aw man… I do. 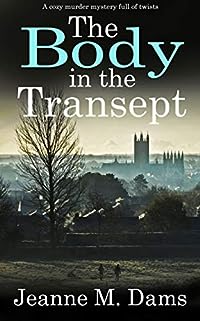 THE BODY IN THE TRANSEPT (Dorothy Martin Mystery Book 1)
by JEANNE M. DAMS

It’s Christmas Eve in the small town of Sherebury. Dorothy Martin, a recently widowed American, is having her first Christmas in England.

But as she leaves the cathedral’s midnight mass, she literally stumbles over a dead body — and it’s one of the priests, Canon Billings.

He wasn’t very popular and the list of suspects includes most of the town. But Dorothy doesn’t give up easily when it comes to finding out the truth.

Of course, she does get to meet Chief Constable Alan Nesbitt, and a good mystery on a chilly English night does have some appeal. 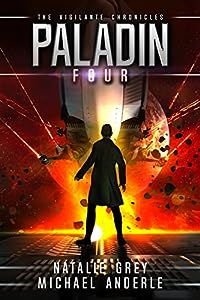 Barnabas has traced the influence of the Yennai Corporation from High Tortuga to their secret base, which he has destroyed, killing both heirs to the company.

Who hasn’t he killed? Koel Yennai, the patriarch and founder… who has sworn vengeance on Barnabas for killing his children and destroying his legacy.

Now, Koel gathers what remains of the Yennai Corporation to hunt Barnabas across known space and kill him.

And Barnabas is more than ready for the confrontation.

NOTE: This book contains cursing. Perhaps humorous cursing, but cursing nevertheless. If this offends you, I don’t suggest reading this book. 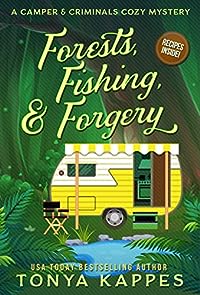 SOUTHERN HOSPITALITY WITH A SMIDGEN OF HOMICIDE

USA Today Bestselling author Tonya Kappes brings you southern and quirky characters in her mystery series. Her stories are charged with humor, friendship, family and life in small southern towns.Welcome to Normal, Kentucky where NOTHING is normal.

It’s Labor Day weekend in Normal, and if you know anything about camping and RVing, you know it’s one of the busiest times of the year.

Unfortunately, Daniel Boone National Park is in danger of being closed due to a drought and local businesses are scrambling for ideas to survive a possible shutdown.

Happy Trails Campground is at the center of a murder in which campers as well locals are suspects. It looks likely that a local resident is responsible for the dastardly deed since the victim is the one person who had the power to shut down the national park, which would be devastating to Normal’s small businesses.

Follow Mae West as she searches for clues to get to the bottom of this Labor Day campground caper! 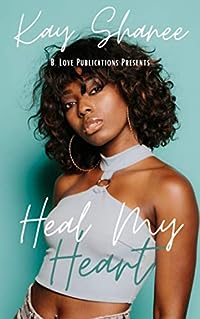 Heal My Heart
by Kay Shanee

The chemistry between Jaelynn Waters and Kamden Ross could cause an explosion, however, Jaelynn had some healing to tend to, deeming her emotionally unavailable for an all-consuming man like Kamden. Mending her heart takes longer than expected. She’s ready to confess her love but it appears that Kamden is no longer in a place to receive it.

Kamden knew Jaelynn was made for him. Still, he gave her the space she required, accepting her as the best friend she was becoming. But after almost two years, Kamden was losing hope in what could be their fortified future. In order to protect his own heart, he thought it was necessary to explore love outside of their defined lines.

Will Kamden finally let go of what could be? Is Jaelynn destined to continue breaking her own heart? Or will love flex its powers and heal what was once broken?

*This book is the third book of a spin-off of series that includes “Since the Day We Met” and “Easy To Love.” Although the stories can be read separately, you may have a more pleasurable reading experience if you read the aforementioned books.* 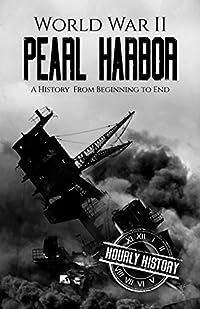 President Franklin D. Roosevelt described December 7, 1941, the date when the Japanese launched a surprise attack against the United States while the two countries were still officially at peace, as a day that would live in infamy. The action hurled the United States into the global conflict of World War II, a violent conflagration that the nation, fiercely isolationist, had intended to ignore. But the rising tide of militarism across the globe meant that American neutrality could not last. War was contagious, and sooner or later, no matter how a nation tried to quarantine itself, the infection would find it.
To the people of the United States, the attack came as a complete surprise. Perhaps Americans should have expected it. Tensions between the U.S. and Japan had been steadily increasing throughout the year, and American sanctions against Japan were hindering the efforts of the Japanese to become the dominant power in the Pacific.

America Opens the Door to Japan
Pearl Harbor, Home of the Shark Goddess
Air Raid Pearl Harbor, This Is No Drill
The Commanders
The Story of a Survivor
And much more!

Ironically, a mock naval exercise the decade before the Pearl Harbor attack had foreshadowed the penalty of ignoring the base’s vulnerability, but the naval higher-ups refused to believe it, setting the stage for the real attack in 1941. The commander of Pearl Harbor, Admiral Kimmel, was convinced that the attack would be made against Wake Island. But Japanese Admiral Yamamoto’s shrewd planning was as devastating as he intended it to be, as America’s Pacific base lay in ruins — over 2,403 dead, 1,178 wounded, and the fleet devastated. Yet, the day after the attack, while Japan rejoiced, Yamamoto was despondent. Japan, he knew, could not win a long, drawn-out war. The Americans would be out for revenge.