How Many Legs Is That??

It’s too early isn’t it? Yes… it is. Maybe… wait. NO IT’S NOT! It’s time to start thinking about Halloween decorations. I know you might think I am crazy to even mention it, but I really love to make a new decoration each year for the house or front yard, and it takes me FOREVER to come up with the project. Hubby mentioned that the baby bassets are getting a bit old to be celebrating Halloween at home with the parents, and that I should be prepared for them to say they want to go out. Um.. hubby? I’m celebrating for me as well ya know! I love the decorations and junk food to. It was never ALL about the kids. Yes, they are a big part, but it’s also about me and my friends. So.. back to coming up with a new decoration idea. I’m thinking giant octopus. YES?? Maybe with lasers??? 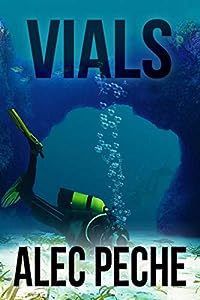 Dr. Jill Quint, a forensic pathologist, future PI, and vintner is called to a case of a scuba diver scraping a piece of coral, and dying seventy-two hours later… A young attorney from San Francisco dies from what appears to be natural causes. His encounter with coral leads to a deadly blood infection. However, consulting forensic pathologist, Dr. Jill Quint, finds some irregularities during the autopsy.
Jill soon becomes the next target after she proves that the victim was murdered.

She reaches out for help from her friends who have investigative skills that complement her forensic skills. Jo investigates the finances, Marie looks into the social media of everyone involved, and Angela accompanies Jill to Puerto Rico to view the scene of the crime.

Read VIALS, the first book in the series that launched the all-female foursome who solve crimes together. 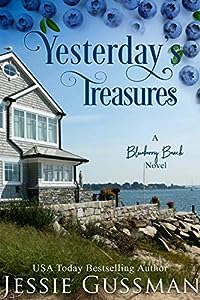 She doesn’t want a divorce, she just wants… something. Something more than being a single mom yet doing a man’s laundry.

After fifteen years of her husband never having time for her, Lindy Coats moves with her teenaged daughter to their summer cottage on the shores of Lake Michigan outside the town of Blueberry Beach.

As she sinks into the small town atmosphere, healing her soul and excited at a new business opportunity, her ex shows up, wanting to reconcile.

Can she decide between her bright tomorrow or come to see the values of yesterday’s treasures? 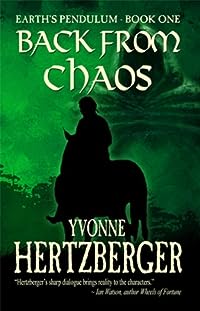 Battle and bloodshed have upset the Balance, crippling the goddess Earth’s power to prevent further chaos. Unless it is restored more disasters will ensue: famines, plagues, more unrest and war.
Four chosen: Lord Gaelen of Bargia, Klast, his loyal spy and assassin, Lady Marja of Catania and her maid Brensa. Each is unaware of the roles they must play in restoring that Balance.
Most important of these is Klast. It is he who must rescue the kidnapped maid, he who must unmask and bring to justice the traitor who threatens all their lives. It is also he who must deal with the scars from his tormented and abused past before he can accept the final part he must play in Earth’s recovery. But he is a most reluctant and unlikely hero and time is short.

Bloodshed cripples the godess’s power. Four chosen must restore it. Klast, assassin and spy, unlikeliest of heroes, damaged by his tormented past, must recue a maid and bring a traitor to justice, unaware of the role he is destined to play and why his connection to her is essential. Time is short. 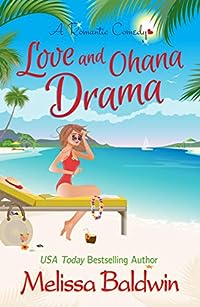 Love and Ohana Drama is a romantic comedy that explores the challenges of family dynamics and reminds readers that there is always hope for a second chance. Sometimes the most challenging situations bring the most happiness… Twenty-something Cora Fletcher is a book-loving public relations executive who lives with her overly Zen best friend and attention-loving cat. Newly single and focusing on her exciting career, she feels like she’s in a good place. She’s even been invited on an all-expenses-paid Hawaiian vacation! The only catch — it’s a family reunion… and her family can be a lot to handle.Cora vows to not let that get in the way, but even before the family has boarded the plane, the ohana drama begins. As usual, there’s the sister-in-law who is bent on causing friction, the self-centered cousins, and the aunt who loves to party a bit too much. Her mother has filled the itinerary with endless activities, and she’s even invited Cora’s ex-boyfriend in an attempt to get them back together.Although she feels overwhelmed, Cora gets a blast from her past that could impact her life forever. This is one welcome reunion she did not expect… Will Cora make it through a week of family togetherness? And will she be able to say aloha to someone she thought was out of her life forever? 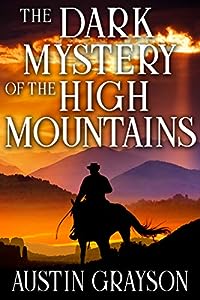 The Dark Mystery of the High Mountains: A Historical Western Adventure Book
by Austin Grayson

Young Maggie Abernathy is widowed when her husband succumbs to madness and fever after months in their seemingly useless gold mine. When Maggie turns to the men of the local town for help, she attracts attention, both wanted and unwanted. In the meantime, strange events in the mineshaft suggest otherworldly forces. Will Maggie put an end to the disasters and expanding insanity, or will she have to make the same sacrifice her late husband did?

West has grown up in an orphanage and has gone through many hardships. He falls for Maggie, but his own enemies put her life at higher risk. Along with the earthquakes and madness which spreads like wildfire, he also has to empower himself against those enemies. No matter how hard his mission is, he stands by Maggie’s side and does everything possible to protect her. Will he help her to solve the mystery in the mountain or will the whole town be doomed to a dreadful fate?

Everything seems to be going against them. The madness which felled Maggie’s first husband now threatens the young woman, her new lover, and everyone around the territory. Will Maggie and West find a way to save the town, and protect themselves and what they love?

A historical western adventure book, which promises to be an instant favorite! Psychological suspense, magical realism, and rollicking action will put you in the center of an adventure that will never be equaled. A must-read for fans of Western adventures with a touch of romance. 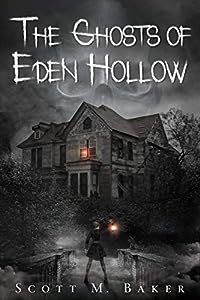 The Ghosts of Eden Hollow (The Tatyana Paranormal Series)
by Scott M. Baker

When Tatyana meets Nick, he is polite, charming, and handsome. There are only two problems.

First, Nick is a ghost.

Second, the spirit of his wife, Kathleen, is consumed by jealousy and a dark, demented soul fuels her powers.

Tatyana will have to face Kathleen in a struggle between good and evil. Does the young, inexperienced ghost hunter stand a chance against a malevolent spirit?

Grab your salt, your sage, and your candles because this book is going to make you question every creak and groan you hear at night.