The pups hate cleaning day. They get locked out of the house, and all they can hear is me having fun with the vacuum and duster. They want so bad to be next to me and bark bark bark at the vacuum. All the while getting even more dog fur on the couch and floor. Just once I would like them to know the joy of cleaning the house so they would stop giving me puppy dog eyes through the window. 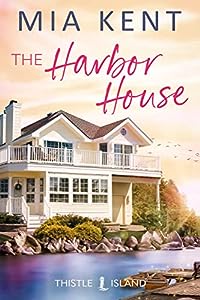 A message in a bottle. A small-town mystery. And a summer where life takes an unexpected turn.

Robyn Wright isn’t merely knocking on the door to middle age — she’s hammering on it with both fists.

And to make matters worse? Her boyfriend of more than a decade won’t seal the deal. Her former dream job is now barely paying the bills. Her eighty-year-old father is getting married again… to a woman young enough to be Robyn’s daughter.

Summer is approaching. And so is the time for a change.

When Robyn takes a part-time job as the companion to an elderly woman who lives in a beautiful harbor house on a small island off the North Carolina coast, she’s expecting a few months of solitude and a chance to reset… until a walk on the beach uncovers a message in a bottle and a decades-long mystery that Robyn feels compelled to solve.

And in unraveling the story of the lost lovers from so long ago, she might just uncover a few surprises about herself along the way.

Sink your toes into the golden-sand beaches of Thistle Island, where strangers are friends, sunshine is plentiful, and the ocean is always just a few steps away. This feel-good small-town women’s fiction series is perfect for readers of all ages.

Author’s note: This is a continuing series that follows the lives of the residents of Thistle Island throughout multiple books that are best read in order. 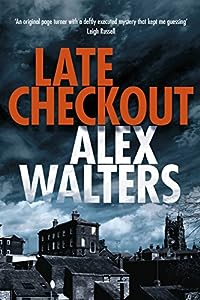 DCI Kenny Murrain sees, hears and feels things that others do not. It’s a gift but also a curse.
When he wakes to the phantom sound of screaming he knows a murder has been committed but not where or why.
Then a woman’s body is found in a Stockport hotel room. It’s a murder that seems both frenzied and carefully planned, the scene expertly cleansed of any evidence.
Over the following days, more bodies are discovered, first in an upmarket spa on the Pennine moors, then in a run-down budget hotel on the outskirts of Manchester.
The same frenzied attacks, the same meticulous planning. The same killer.
The victims all have links to one man, a police colleague with a dark past. But Murrain discovers a more unexpected connection — with Marie Donovan, a former undercover officer now part of Murrain’s own team.
As the killer closes in on a fourth victim, Murrain knows that time is running out. But the outcome will be more unexpected and more terrifying than even he can imagine… 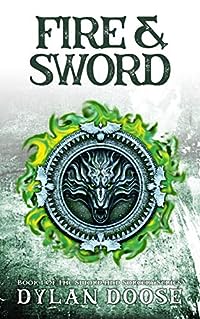 Fire and Sword (Sword and Sorcery Book 1)
by Dylan Doose

Ravaged by plague, decimated by dark magic, infiltrated by a foreign evil seeking to dominate from within, Brynth is on the eve of its dissolution. When all the good men are dead and gone, who is to answer the call and defy what is wicked for what is right?

A Twisted Tale of Three Unlikely Heroes.
Heretic monk turned Sorcerer, Aldous Weaver. Infamous crusader turned fugitive, Kendrick the Cold. Aristocrat, rogue, monster hunter, and legend in his own mind, Theron Ward. Three men condemned to die for their crimes find in each other both the will and the means to survive. A dark brotherhood with Sword and Sorcery is forged, and all monsters meek and mighty do fear the three. 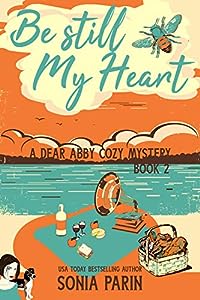 Abby Maguire is lagging behind with her scoops. As a reporter for the Eden Rise Gazette, she needs to be first in with the news but Eden is a small town and, even on a bad day, nothing much happens… And even then, the local café owner has shown a talent for beating her to the latest news.

After witnessing an altercation between two Eden thespian rivals, Abby hopes the annual Eden picnic fundraiser will be the perfect venue for her to witness some fireworks. Everyone has turned up, and everyone is dressed in 1920s costumes. Everyone including the dead body she finds.

The police claim it was death by natural causes. No one in Eden believes this, and everyone expects Abby Maguire to get to the bottom of the unexpected death. Someone has gone to a lot of trouble to make the death look like an accident. When she’s staring down the barrel of a gun, Abby knows she finally has her scoop.

This Cozy Mystery is a clean read, with no graphic violence, sex, or strong language but full of lots of fun, quirky dialogue and characters. 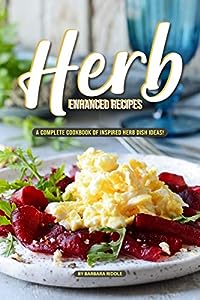 Do you think that cooking herb-enhanced meals daily is something only chefs do? You will be surprised at how easy it is for you to use herbs in everyday recipes, to make them even tastier. This recipe book will show you the ins and outs of preparing herbs and cooking with them.

Fresh herbs are the best to use in cooking, but if you don’t have a garden, or other access to them, dried herbs can be used instead. I’ll show you which types of herbs taste best with certain types of food. You’ll learn how much to use and when to add them during the preparation of the recipe.

In some recipes, dried herbs are actually recommended, but fresh herbs are used more often. They are full of flavor, and make lovely garnishes, too. Fresh herbs also have helpful antioxidants and nutrients. With the tips in this book, you can use herbs to transform almost any meal into one that is truly special.

When you cook with herbs, it’s easy to give recipes more flavor. If you don’t know just where to begin, this recipe book will set you on the way. You can stir a bit of basil or marjoram in your go-to tomato sauce or rub chicken thighs or breasts with rosemary and thyme before roasting them.

Adding your favorite herbs to your homemade dressings or dips will make them memorable. Some herbs lend themselves especially well to salads, too. Experimenting with herbs is an enjoyable way to enhance your at-home meals. Try some today! 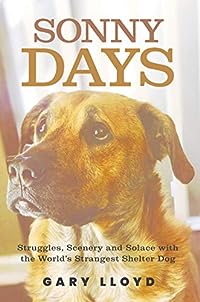 The brown dog was being tested for megaesophagus with aspiration pneumonia, a surefire canine killer, and the veterinarian was sure of his diagnosis. He deadpanned that this condition would spell the end for Sonny, a one-and-a-half-year-old Labrador-hound mix rescued from the Greater Birmingham Humane Society in Alabama. But Sonny had other plans. Since that day in 2016, Sonny has traveled to the foothills of the Appalachians in Georgia, to log cabins perched high in the Great Smoky Mountains in Tennessee, to the panhandle of Florida, and to hundreds of fast-food windows and parks in between.Sonny’s early-life struggles served a purpose. His mess became his message. He overcame his own adversities and has inspired others to do the same. He has shown how to make the most out of every day, to appreciate the little moments in life that we often take for granted in a fast-paced world. Sonny Days is a tribute to the dog that changed author Gary Lloyd’s life, and a literary pat on the head of all canines everywhere.