I am doing just what I said I was going to do. I dropped the baby bassets off at school, and went straight home to look for diabetes safe dinners for hubby. I seriously hate cooking, so you know I need recipes that are easy. I am happy to report I found two that I liked, and they look pretty quick. Tonight we are having Chicken and Spinach Skillet Pasta with Lemon & Parmesan. Tomorrow night will be Sloppy Janes. The recipe called for ground turkey, but we still have beef left, so I will use that this time, and if I like the recipe I will use turkey next time. I will post both recipes now on my other blog Pollen Patch and you can visit those by clicking here. I will give my review after I actually make them. So far I am feeling pretty good. I think the hard part is over. Now I just have to make them. If I sigh a lot when I start cooking, maybe hubby will take over. HA! 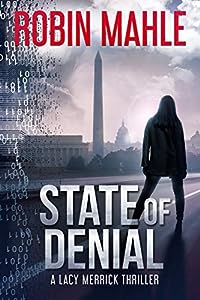 From the bestselling author of the Kate Reid crime thrillers…

FBI civilian analyst, Lacy Merrick, manages the threat of terror every day. When terror strikes home, she is faced with a new reality and a new enemy.

After the tragic incident, she crosses paths with Special Agent Will Caison and Lacy begins to unravel a furtive plot to discredit not only her but her husband and cybersecurity expert, Jay Merrick. The plot, she soon discovers, balances on the tip of a deeply embedded secret that has the potential to destroy a nation.

Lacy recruits Agent Caison and long-time friend and hacker, Aaron Hunter, to help her find those responsible for taking the lives of so many Americans. She must clear the cloud of suspicion around her family and reveal a truth that will inflame a fearful public. But powerful enemies surround her every move and will employ all necessary resources to keep Lacy and everyone she loves silent forever.

Fans of Robin Mahle’s Kate Reid series might remember Special Agent Will Caison as she reintroduces him alongside Lacy Merrick. And once again, she delivers on a spectacular level with the first book in this thrilling series. 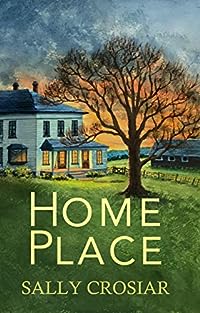 Will Kat Patterson manage to save her family’s farm when all her brother wants is cold hard cash? Paul’s hired Whip Tyler to develop the property against Kat’s wishes. Whip Tyler, of all people! Hasn’t their family lost enough at Whip’s hands? Hasn’t Paul Patterson caused enough damage in Whip’s life? But if he won’t take the job, Paul will find someone else – a developer who will rape the land and throw Kat’s hopes to the wind. It would be easier if Whip didn’t care. Or if that long-ago promise didn’t stand between him and Kat. 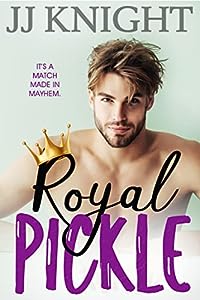 He’s a prince who can’t keep his pants on. She writes dirty limericks in a Brooklyn deli. Their spontaneous royal wedding is a match made in mayhem.

I have to find a wife.
And not just any wife.
A love match.

My parents gave me ten years to find a princess on my own, and the deadline has arrived.

I’ve outrun the palace guards for months, but due to an incident in a rooster Speedo that went viral, they have tracked me to America.

I’m not known for my stellar taste in the opposite sex. The last one put my naked pictures on Instagram.

But there is this one girl. I saw her in a New York deli making sandwiches. She helped me escape the photographers.

Now all I have to do is convince her to marry me.

In the next seven days.
__
Royal Pickle is a standalone romantic comedy about a prince on the run, a poet with a dream, and a made-up European country where everyone likes to sing and dance. With donkeys.

You do not have to read the rest of the Pickleverse to enjoy Royal Pickle, which is the love story of Sunny, the last unmarried Pickle cousin. You can start right here.

The Call of the Wild
by Jack London

The classic tale of a dog’s heroic adventures in the frozen Yukon, and inspiration for the major motion picture starring Harrison Ford.

An instant classic when it was first published in 1903, The Call of the Wild is a thrilling frontier adventure and uniquely American ode to the power of nature. The story begins at the dawn of the Klondike Gold Rush, when capable sled dogs are in high demand.

Half-St. Bernard and half-sheep dog Buck is stolen from an estate in California’s idyllic Santa Clara Valley and shipped north. Beset by the harsh conditions of the Yukon, the recklessness of his owners, and the ruthlessness of the other dogs, Buck must learn to recover his primitive instincts in order to survive. But when he forms a special bond with a prospector named John Thornton, Buck is torn between two worlds: that of his human companion, and the relentless, beckoning wilderness. 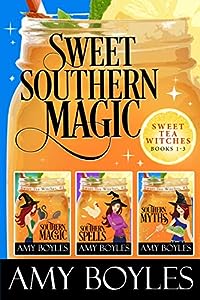 SOUTHERN MAGIC
It only takes a second for life to go to heck-in-a-hand-basket!
In less than twenty-four hours Pepper Dunn loses her job, her boyfriend, and her home.
It’s the worst day of her life.

But when Pepper discovers she’s a witch and has inherited the most important store in the magical town of Magnolia Cove, Alabama, she’s as happy as a pig in mud.
Too bad the shop is a familiar pet store and Pepper doesn’t like animals — not even a teensy bit. Determined to sell the shop and get the heck out of town, Pepper’s plans go haywire when a local storeowner winds up dead and Pepper gets accused of murder.
Thrust into a magical mystery, Pepper teams up with a mysterious private detective and a cat so traumatized by the murder that she’s not talking — and that cat could hold the key to Pepper’s innocence.

Now Pepper must avoid trouble, solve the mystery, and placate her new grandmother, who keeps a strict ten p.m. curfew that’s enforced by the talking end of her shotgun.
Sounds like a simple day in the life — as if. Can Pepper solve the mystery or will she become the next victim of the Magnolia Cove murderer? And most importantly, will Pepper learn to love the animals she’s in charge of?

SOUTHERN SPELLS
All Pepper Dunn wants is a quiet life in the witchy town of Magnolia Cove, Alabama. But when the Cotton and Cobwebs Festival arrives, her dream goes up in smoke. This year, grandmother Betty is determined to win the award for best magical creature against Melbalean Mayes, the contest matron. To win, Betty needs Pepper’s help.

SOUTHERN MYTHS
Just when Pepper Dunn starts accepting her ability to communicate with animals she’s thrown for a loop — an egg containing a baby dragon winds up on her doorstep.

Convinced the creature will grow up to become a destructive force of nature, Pepper gives the dragon to the first person interested in buying — a traveling magician named Mysterio, who claims he can communicate with the dead.

Relieved to be free of the creature, Pepper’s world turns upside down when Mysterio reveals that he has a message for Pepper — from her dead mother. Pepper can’t wait to discover what it is. But before she has a chance to find out, Mysterio is murdered.

Left with a set of clues, Pepper is determined to discover the information her mother wanted her to know. But will untangling the mess of clues lead Pepper on the right path, or will it lead her straight into the hands of the murderer?