The Vitarian Chronicles by S.L. Watson

The Vitarian Chronicles by S.L. Watson is for lovers of fantasy adventure, spine-tingling romance, and intriguing magic. Grab your copy today and dive into this fast-paced adventure you won’t want to put down. 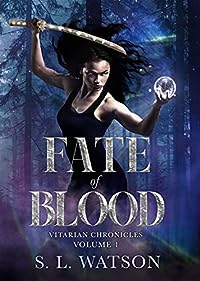 War and magic. No one would sacrifice themselves for their enemy. Or would they?

When Everly receives an ominous call, her life takes a turn she never saw coming.

A murder, a funeral, and mysterious strangers hint at secrets that lead Everly to discover that everything she believes has been a lie.

Her mother goes missing after revealing a shattering secret, thrusting Everly into a world of blood, magic, and betrayal. She has no choice but to rely on those who have kept her mother’s secrets as she struggles to understand her true identity and master her power.

Everly is paired up with the alluring and frustrating Arden, and sparks fly as he teaches her to control her Empath abilities. As the wall deteriorates between them, Everly finds herself torn between her attraction to the mysterious man sent to train her and her loyalty to the best friend she thought she had feelings for.

Just when Everly comes close to finally getting her mother back, another explosive secret tears them apart, and she’s left, reeling, to put the pieces together and save everyone she loves.

Torn between love, loyalty, and forgiveness, Everly makes a choice that will change her fate forever in this sizzling and electrifying page-turner.

Join Everly as she discovers her untapped powers in this fast-paced first installment of the Vitarian Chronicles. 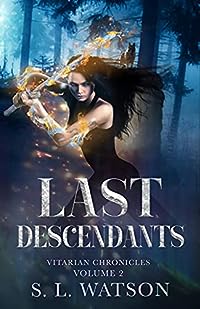 Would you let darkness consume your soul if it meant saving everyone you love?

Life is anything but ordinary as Everly struggles to control her new powers, and just as things are heating up with the new man in her life, a warning of a dangerous threat brings an old flame back to town. Buried feelings burn to the surface and tensions rise as Everly is torn between loyalty and passion.

New evidence stirs up the search for the one who murdered Everly’s father, and a body is found with a mysterious symbol carved into its forehead.

When clues lead to an ancient threat and an attacker who can transform himself to look like anyone, Everly realizes that no one is safe.

In a race to find her abducted loved ones, Everly must embrace her Vitarian identity and access the power she’s kept buried before more lives are lost. 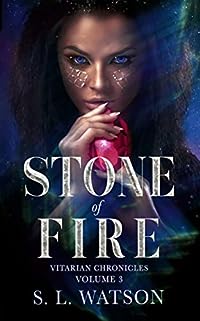 She fell in love. He paid the price.

A queen without a throne. A quiet community caught in a cosmic struggle. Can Everly harness her powers before she succumbs to the evil she hunts?

Alien empath Everly Ever burns to avenge her lover’s death. With her beloved’s blood still fresh on her murderous uncle’s hands, she spirals down a grim path of regret and vengeance. Willing to do anything to track down her quarry, the powerful royal calls up her darkest magic.

As the violence escalates and puts innocent lives at risk, Everly reluctantly summons reinforcements, including the handsome army commander whose heart she broke. But even as she battles raging emotions, an enemy spell makes her question everything she thought was true.

Can Everly halt her descent into darkness and beat back the depravity storming the gates?

Stone of Fire is the unrelenting third book in the Vitarian Chronicles YA dark fantasy series. If you like kick-ass heroines, high-stakes action, and mind-bending twists, then you’ll love S. L. Watson’s addictive tale.