HAPPY MONDAY!!!! It is so good to be back home after a wonderful week of camping with friends and family. Now usually I would not be so happy about it being Monday, but I am extremely grateful right now. My poor youngest baby basset got really sick last Wednesday while we were camping. It was in the high 90’s and he could not leave the porcelain throne for more than 20 seconds. He just wanted to be home so bad, but that would have made for an even worse three hour drive home. Speaking of 3 hour drives home, hubby got hit about an hour into the drive home on Friday. Unfortunately he is the only one who can drive the truck while pulling a trailer. Sorry hubby.  Next was my oldest baby basset’s turn at 2:30 this morning. At least he is home. You all know who is next though. IKES!!! It is really awful being the last in line. I am going to do a little grocery shopping and stock up on supplies. I am also going to be super nice to everyone. I get the feeling I will need them in a few days. 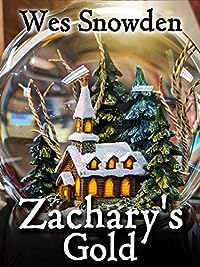 After he witnesses the murder of an unarmed German soldier in a mud-filled trench on the bloody battlefields of Europe during World War I, Chaplain William Teller’s life is changed forever. Despite his valiant efforts to save the young prisoner, Bill fails and is shot by Lester Groggins, a psychopathic rogue British soldier.
After almost losing his own life to the murderer, Bill awakes, in a British army hospital under the nursing care of Emily Esterbrooke, the woman who will become his lifetime guardian angel. After a short courtship and spurred by the death of Emily’s mother, the couple marry and depart for a new life in Fargo, North Dakota, USA, Bill’s hometown.
When Groggins is convicted of the prisoner’s murder solely based on Bill’s testimony, Groggins swears undying revenge. The killer’s plans come to a fierce crescendo when he pursues the couple aboard the S.S. Zuiderdam, the ship carrying them across the North Atlantic to New York.
Aboard the Zuiderdam, as it nears the final resting place of the sunken S. S. Titanic, Bill meets a despondent man who lost his family in that tragedy. Bill’s efforts on the man’s behalf create a deep lifetime friendship between them. A bond that will benefit Bill during future times of adversity that severely test the young Chaplain’s faith.
Tellers’ world turns upside down again after Lucile Novak and her young son, Zachary, enter his life most unexpectedly. The ongoing story skillfully blends the ups and downs of rural life in North Dakota with the frightening on-going malevolent legacy of Lester Groggins’ revenge.
The exciting twists and turns in ZACHARY’S GOLD culminate in a remarkable Peyote fueled sweat lodge ceremony that is truly one of a kind.
A very entertaining read for mature readers. 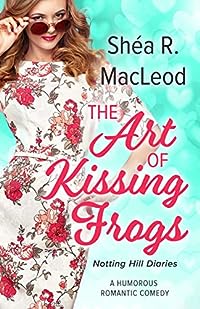 Bad dates? Kate’s had ’em. As an American in London she’s discovered not every Englishman is Tom Hiddleston. There was the guy who wanted to suck her toes in public, and the guy who thought he was an alien. As in the kind from outer space.

Broken heart? Kate’s been there. After her husband left her for a hot Brazilian, her world came crashing down. Her heart and her confidence pretty much got thrown in a blender set to “chop.” Her only options were to run home to America with her tail between her legs, or put on her big girl panties and get on with life. She chose the latter.

Faith in men? Surprisingly restored by the dreamy Adam Wentworth whose kindness and wicked sense of humor send Kate’s damaged heart fluttering once again. After kissing so many frogs, she’s determined not to let this prince get away.
Get lost in this sweet, feel-good romantic comedy. 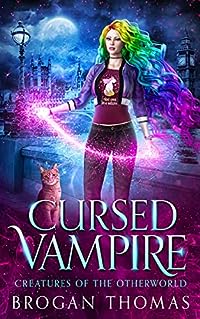 Half unicorn, half bloodsucker, all trouble. When her secret gets out, can this feisty teenager survive?

Tru Dennison’s life feels like a sick joke. Barely coping with the loss of her adoptive grandad, the seventeen-year-old can’t believe it when her no-good uncle kicks her to the curb. And now stuck working two hectic jobs to save up for a place, a shifter customer biting her is the last thing the magical hybrid needs…

Already battling a mysterious illness she can’t seem to shake, Tru is terrified the incident will reveal her hidden bloodline to the supernatural community. And when the shock and the wound cause her sickness to intensify, frightened teen fears saving her life could only make it all so much worse.

Will Tru’s rebel soul be enough to protect her when she becomes the prize in a paranormal tug-of-war?

Cursed Vampire is the thrilling third standalone book in the Creatures of the Otherworld urban fantasy series. If you like never-say-die heroines, fiery forbidden love, and generous splashes of snark, then you’ll adore Brogan Thomas’s uncanny adventure. 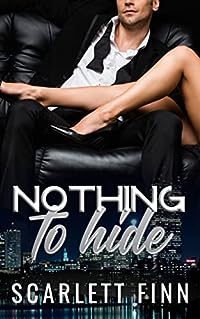 Nothing to Hide: Prize of a Lifetime: Travel the World with a Celebrity Billionaire. (Nothing to… Book 1)
by Scarlett Finn

Come to LA with us, Roxie…
It will be so much fun!
We have tickets for a late-night talk show!
What could possibly go wrong?

My girls and I do most everything together anyway, so why not go watch this Zairn Lomond guy be interviewed? Jane and Toria are into him, seriously into him. I can shake a proverbial pom-pom for their obsession.

Of course, if someone has to win the round-the-world tour of Lomond’s nightclubs, it has to be me. Cool. No big deal. I can work from anywhere and who says no to free five-star travel?

He’s suave, charming, everything the hungry media says. Does that mean I’m going to give him a break? Ha! No! If he can’t take my sass that’s his problem, not mine.

Except he takes it… and gives it right back. Every time I bait him, the smooth operator rises to the challenge.
Play. Have fun. But don’t fall for him, Roxie. At the end of the tour, you’re going home, and he’s jetting off into the sunset.

Do not fall for him.

Warning: Contains explicit language and imagery. Suitable only for ages 18 and over.

Seth Craddock and Calvin Morgan are pitted against each other in a lawless town with corrupt judge and evil outlaws. Who will ultimately win in this game of blood and revenge?
Excerpt:
“Bones of dead buffalo, bones of dead horses, bones of dead men. The tribute exacted by the Kansas prairie: bones. A waste of bones, a sepulcher that did not hide its bones, but spread them, exulting in its treasures, to bleach and crumble under the stern sun upon its sterile wastes. Bones of deserted houses, skeletons of men’s hopes sketched in the dimming furrows which the grasses were reclaiming for their own… ”