I think one of the hardest things I have to do in the garden, is leave those poor Monarch Caterpillars, that are chrysalis right now, alone. At least five or six times a day I check on them. I worry that they don’t have enough room to emerge from their chrysalis and I will have failed them. Every day I ask them not to die. I have already lost four, so I am already feeling pretty bad. Their odds are still better than if they were in the wild, but that doesn’t make me feel better. There are a few things I would do differently, including asking hubby to build me a larger habitat. I know I wouldn’t be as stressed out if there was more room for both plants and caterpillars to grow.

If you would like to see the latest additions to my Thrift Store Finds, check out my other blog Pollen Patch by clicking here. I went a little nuts this week and I finally got them posted. Way too much Rae Dunn and Christmas stuff. OH MY!! 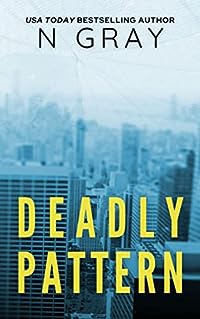 When a standard medical procedure ends with a girl missing and another dead, the case lands on Dana’s desk to solve before time runs out.

Kidnappings, deceit, and murder — this is Dana Mulder’s life as a private investigator since she started working her latest case.
Her search for a missing woman leads to a prominent doctor who abducts his patients after their surgeries, but all the evidence is circumstantial. Teaming up with her detective brother and his partner, Dana discovers more bodies and links cold cases with similar MOs. All the while being hunted by the man who left her for dead, who’s back and wanting more.

Can she solve the mystery before stumbling over another dead body — or before a savage maniac turns her into one?

A fast-paced thriller with unforgettable characters and spine-chilling suspense. DEADLY PATTERN is part of a gripping complete series that will leave you turning pages late into the night. 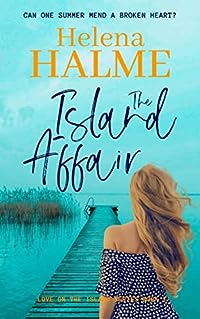 A grieving mother. Secrets at the heart of the family. A love affair that could destroy everything…

After the tragic loss of their 17-year-old son, journalist Alicia and surgeon Liam struggle to keep their marriage afloat. During their usual holiday to Åland, the Nordic islands where Alicia grew up, the rift between the couple deepens.

Enter tall, blonde Patrick, with the most piercing blue eyes Alicia has ever seen. When Patrick confides in Alicia about the near loss of his daughter and the breakdown of his marriage, Alicia is surprised to feel an affinity with the Swedish reporter. He’s the only person who understands her.

But secrets held by people close to Alicia give her life another surprising turn and she finds there is a new reason to live – and love – again.

The Island Affair is perfect for fans of the Summer Beach Book series by Jan Moran, or authors such as Julianne MacLean,Paula Adler, and Julia Clements. 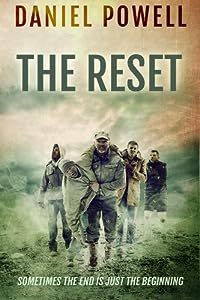 The Reset
by Daniel Powell

A young man with a terrible secret buried deep in his chest staggers through what remains of the American South. The destruction is total — the landscape scrubbed bare by the fires of the Reset. The sun rarely penetrates the daily ash storms, and the last of the Earth’s plants and animals are slowly dying out.

And yet, there are survivors. Benjamin Stone is one of them, and he’s searching for the only person who can share his pain, another who was biologically altered at birth to become a weapon capable of bringing the world to its knees. Outside of the few supplies that sustain him in his search for a new life, he has nothing.

Nothing but a will to survive and the desire to find someplace safe — someplace better.

The Reset is a story of perseverance. It examines a future in which fragmentation and devolution have decimated society, and in which terrorism represents the final desperate attempt at shuffling the deck. With thematic elements similar to Stephen King’s The Stand and Cormac McCarthy’s The Road, it’s a post-apocalyptic story about the survivors of humanity’s cruelest intentions, and their essential impulse to rebuild. 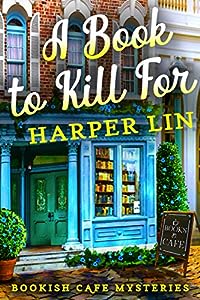 A Book to Kill For : A Bookish Cafe Mystery
by Harper Lin

A quiet book lover falls for a rugged carpenter… who doesn’t even like to read?!?

Maggie Bell loves working at a bookshop in the charming town of Fair Haven, Connecticut. After her beloved boss passes away, his son, Joshua Whitfield, comes into town and turns Maggie’s world upside down. He wants to turn part of the store into a cafe and sell books about vampires and silly romances. Maggie is horrified.

But when an electrician is killed in the middle of the bookshop renovations, Joshua is the prime suspect. Maggie must put their differences aside to clear his name. She finds herself becoming more and more attracted to Joshua. Can a mousy bookworm really fall in love with a rugged carpenter who doesn’t even like to read? 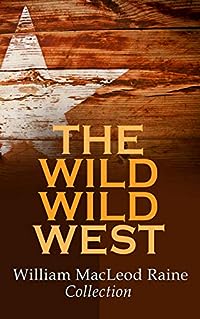 e-artnow presents to you this unique collection with adventure novels of the Old American West. This meticulously edited book is formatted for your eReader with a functional and detailed table of contents:
Wyoming
Ridgway of Montana
A Texas Ranger
Bucky O’Connor
Mavericks
Brand Blotters
Crooked Trails and Straight
The Vision Splendid
A Daughter of the Dons
The Highgrader
Steve Yeager
Yukon Trail
The Sheriff’s Son
A Man Four-Square
The Big-Town Round-Up
Oh, You Tex!
Gunsight Pass
Tangled Trails
Man Size
The Fighting Edge