I feel like God took his kid to work and the little bugger keeps messing with all the buttons on the weather switchboard. RAIN, HEAT, RAIN, RAIN, HEAT, HEAT, HEAT…CLOUDS. FLOOD, DROUGHT! Will someone please give that kid a coloring book so we can have normal weather here? 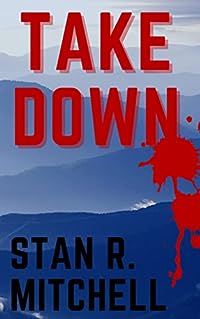 One of Tennessee’s most talented big-city detectives leaves the tough streets of Memphis and smashes into a small town’s deep and dark secret.

This quaint, sleepy, little town appears normal on the surface, but Danny Acuff (a prior Force Recon Marine) senses there’s a lot more going on than meets the eye.

Before it’s all said and done, there will be dead cops and two former Special Forces soldiers trying to kill Danny. He may have left the warzone of Afghanistan behind him, but Danny Acuff is about to enter a new one. 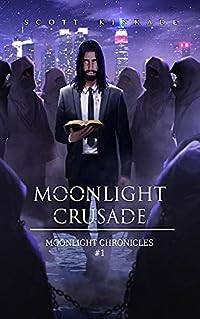 College student Kyle Falconer’s trip to New York City gets a bloody extension when his Christian group is brutally murdered by vampires. Now undead himself, Kyle is taken in by a sympathetic woman with the ability to see the future, and she begins training him to defend himself against the madman who slaughtered his friends. With a holy war looming on the horizon, Kyle must gather allies to save the world while also dealing with Vatican vampire hunters and the undead Yakuza.

Messages of Love and Peace – Listening to His Voice : Vol, 1
by Carolina Duarte

Daily inspiration to feel close to God and feel God close.
This is one of 3 books where you will find messages full of love, peace and guidance. They will make you remember who God is. They are messages to read daily, many times, meditate on them, and think that God is with you always.

In life is important to keep God in mind, seek his guidance and hear what he has to say to us. In this book contains short messages of love that you can read daily depending on how you feel. They are words of encouragement, of wisdom, of guidance, of love… It is as if He is speaking in your ear, whispering words of love, of faith, and reminding you that you are not alone.
The messages could be read daily or at times in life that are needed. This book includes the following topics:

• God is your guide

You can consult them when you feel necessary, depending on how you feel in the different moments of your life. It is also an excellent gift for someone you see who is going through a difficult time and may need a voice of encouragement, so that they know that they are not he is alone. Where the platform does not allow it to be free. 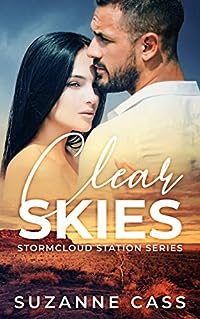 Fate and flooding rains brought them together. Secrets may tear them apart.

Daisy’s in trouble. Her car is stalled in the middle of a flooded creek, with the water rising quickly.

Dale is in no mood to rescue the woman about to be swept away by a raging tropical storm, who’s clearly a city girl, unfamiliar with the country roads, and driving a completely unsuitable car. He has half a mind to leave her right where she is.

Stranded on the wrong side of the creek, Daisy has no other option than to accept Dale’s offer to spend the night at the luxury resort, Stormcloud Station.

All of Daisy’s plans to leave the station as soon as she can are thrown into chaos when a girl is discovered drowned in the creek and everyone become suspects in a murder investigation. Daisy has discovered that far north Queensland is a wholly inhospitable country, but it also has a man with mesmerizing dimples, whose kiss has captured her soul. But she hides a secret that would tear them apart.

On a night full of chaos, Dale and Daisy uncover the truth about the killer. But how can Dale safeguard this willful, determined woman who owns his heart, when Daisy puts herself squarely in harm’s way? 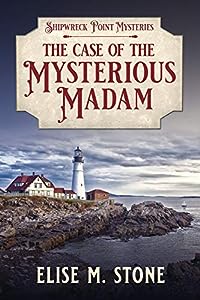 A high-powered criminal defense attorney seeks redemption… in the most corrupt town in New England.

In 1894, Whitby, Massachusetts, better known as Shipwreck Point to its residents, personifies the excesses of the Gilded Age. Home to luxury hotels, bawdy houses, gambling establishments, and a crooked local government, Whitby combines the glitter of Newport, Rhode Island with the shady dealings of Tammany Hall.

Titus Strong, lawyer to the rich and famous, left Boston for the seaside town to escape the publicity from his most recent case. As well as his guilty conscience.

Elisabeth Wade, an independent, intelligent young woman in need of a job, has lived in Whitby all her life. She knows the people, the places, and where the bodies are buried. Sometimes literally.

Katie Sullivan, owner of the Honey House, may not have a respectable position, but she is respected. And she’s very protective of her girls. When a drunken lighthouse keeper tries to rape one of them, Katie threatens him. In front of witnesses, including Titus Strong.

When the keeper is found murdered, the police look no further than the well-known madam. But Titus doesn’t believe she killed him.

Will he be able to gather enough evidence to prove her innocence?

With the help of his new secretary and a former Pinkerton detective, Titus is determined to try.