OH MAAAAAN!!! I might have gone a bit overboard at a garage sale yesterday. I wasn’t even planning on going to the garage sale at 3pm on a Sunday, but the ad said everything was FREE! My favorite word is FREE. I couldn’t resist. Now… you would think that at 3pm on a Sunday there wouldn’t be anything left. That was not the case. There was so so much… soooo much. I ended up filling up my minivan with so much stuff, hubby didn’t even have room for his feet. I am not certain what it was that was at his feet, but it is part wood, metal, and round. It may or may not have had a nest of spiders in it, but it was free and I grabbed it. It will take me days, maybe a week, to empty out the car. I will update all the details of what I found on my other blog Pollen Patch. So much stuff!!! 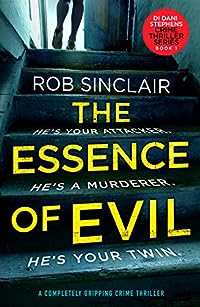 When DI Dani Stephens returns to work after an attack that almost ended her life, she’s quickly plunged into a horrific new case, as dead bodies are discovered on the streets of Birmingham.

But with no link between the victims, Dani has to get inside the killer’s mind – so turns to the murderer she knows best. Her own twin brother…

But what makes a psychopath? Can understanding her twin help her find a murderer who leaves no trace? As the circle closes on Dani, the clock is ticking and she needs a breakthrough – before she becomes the latest victim.

A heart-stopping crime thriller that fans of Peter James and Mark Billingham won’t be able to put down. 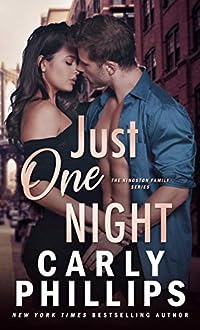 Just One Night (The Kingston Family Book 1)
by Carly Phillips

She’s the woman he can’t live without.

The one he can’t risk screwing up their relationship by sleeping with her.

Linc Kingston doesn’t accept anything less than perfection. Not in his billion-dollar business or in his personal life. He has it all. Except one thing. His personal assistant and best friend in his bed, moaning his name. No matter how much Linc wants her, she’s completely off-limits.

Jordan Greene grew up the daughter of the housekeeper at the Kingston estate, where she met and bonded with Linc at a young age, despite their economic differences. But no matter how close they are now or how much their attraction simmers beneath the surface, they’re still from two different worlds. Besides, Jordan isn’t about to risk losing her best friend for one sensual night.

Jordan might be the only woman who can handle Linc and his domineering, bossy attitude, but beneath that gruff exterior is a vulnerable man who, despite his wealth, has had a less-than-charmed life. And when Linc’s father dies, she’s there for him — unwavering in her friendship.

Until one night of passion and a positive pregnancy test changes everything. 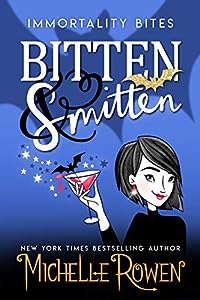 Book #1 in the Immortality Bites series! My name is Sarah Dearly, and I’m having a week from hell — literally. My blind date bit me and made me into a vampire, and now I’m being chased all over the city by vampire hunters who want to introduce me to their wooden stakes.

While fleeing for my life on four-inch stilettos, my path crossed with the most gorgeous man I’ve ever met. Thierry de Bennicoeur is a sexy, 600-year-old master vampire with a death wish. And here’s my plan: I’m going to convince him to guide me in my dangerous and unpredictable new vampire life, and in return, I’ll show him that life’s still worth living. To complicate matters, a vampire hunter named Quinn is after me, and he can’t seem to decide if he wants to kill me or kiss me.

Being a vampire sucks, but it sure isn’t boring! 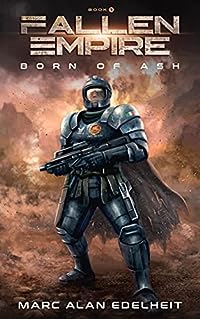 After years of catastrophic fighting, the rebellion is over. The First Galactic Empire has fallen.

The Keeper of the Unknowable, Guardian of the Gates, the Eternal Emperor, is dead. Entire star systems have been ravaged by war, planets cracked by powerful weapons, and suns sent into supernova. The infrastructure of an advanced civilization that spanned thousands of stars is ruined. Trillions have died. Instead of liberation and a return to democracy, freedom, and a new golden age, humanity has been plunged into darkness.

Eighteen years after the Great Fall of civilization, stranded on the wrecked world Asherho, Keira Kane struggles to make her way. Shattered by war, the climate of the planet has become inhospitable to life and is getting worse with each passing year. The government is a brutal regime, focused on maintaining its own grip on power instead of feeding the few million ragged survivors living upon its surface. What little law and order there is has begun to erode and break down.

Adopted, protected, and raised by former Imperial Marines, Keira has been trained as a mechanic and technician. Her skillset is indispensable to maintaining the decaying infrastructure of her dying planet.

Sent out on a routine repair job to Hakagi Tower, a seedy apartment block, Keira rapidly finds herself a fugitive, hunted not only by the government she has faithfully served, but by the planetary militia who wants her for their own nefarious reasons. A mysterious battle-damaged warship has also arrived in-system and they want something too. Unbeknownst to Keira, her Imperial Marine companions have been guarding an incredibly valuable secret, one that has the potential to save humanity or see its light extinguished from the galaxy forever.

Caught up in a planetary revolt and hunted, Keira is thrust into a life-or-death struggle she never imagined possible. Though she has yet to suspect it, the road ahead is not only dangerous, but a path destined for her and her alone.

Does she have the courage to walk it? Does she have the willpower to pick up a fallen standard? Or will she falter and allow humanity to continue its fall into darkness? Only time will tell… 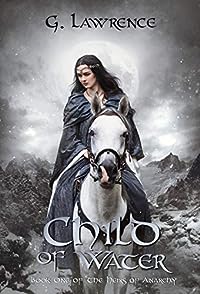 Child of Water (The Heirs of Anarchy Book 1)
by G. Lawrence, Consuelo Parra

Winter, 1110, England
On a beach, standing in the snow, a girl of eight winters waits for a ship that will take her from her homeland of England, from her family, to her husband. That girl is Matilda, daughter of Henry I, King of the English and Duke of Normandy. In time she would become Queen of the Germans and Romans, and Empress of the Holy Empire. From the dark forests and mighty castles of the German states of the Empire, to the Alps, northern Italy and Rome, Matilda will travel, at first the apprentice of power, learning from her husband, Heinrich, the Emperor. Through times of war and peace, loss and deepest sorrow, her story unfolds, leading her back to the place of her birth, and the promise of a throne. 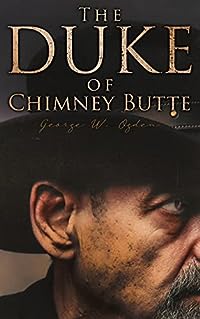 The Duke of Chimney Butte is a western novel by George W. Ogden. Ogden was a prolific author of western novels. He often used to do original research for his books and settings.
Excerpt:
“Down through the Bad Lands the Little Missouri comes in long windings, white, from a distance, as a frozen river between the ash-gray hills. At its margin there are willows; on the small forelands, which flood in June when the mountain waters are released, cottonwoods grow, leaning toward the southwest like captives straining in their bonds, yearning in their way for the sun and winds of kinder latitudes. Rain comes to that land but seldom in the summer days; in winter the wind sweeps the snow into rocky canons; buttes, with tops leveled by the drift of the old, earth-making days, break the weary repetition of hill beyond hill… ”