Mind On My Pig

I am going to try and talk about something other than the Monarch caterpillars. Soooo…ummmm. Kindle Book!!! Am I right?? I’m sorry. The only thing on my mind right now is those crazy little piggies. Thankfully, one has gone into his chrysalis form, and that means the others will soon be doing the same soon. Then it will be easy living for a while. Thankfully I took a nice break from them today and headed off to the thrift store to relax. Always fun treasures there.

For updates on my thrift store finds or all things garden, check out my blog Pollen Patch by clicking here! 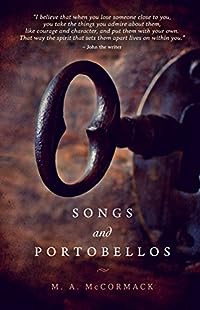 Songs and Portobellos
by M.A. McCormack

Songs and Portobellos is a magical story that captures the creativity and clarity of perception that young people possess.
The book centres on the development of teenagers Conor and Melanie during the summer of 1967 and explores the influences that bring them to understand their uniqueness.
By the end of the summer they have transcended the ordinary, discovered who they are and determined what they stand for. 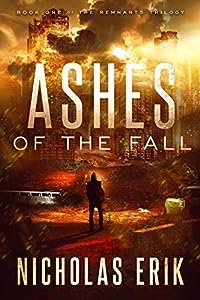 Sometimes the fall is only the beginning.

In the year 2048, the crumbling remnants of western North America are suddenly buried in ash, weakening the grip of the brutal dictatorship. A factional landscape springs from the ashes, con man Luke Stokes artfully navigating the clash.

But he can’t remain above the fray for long, as each faction seeks the truth from Luke regarding his murdered brother’s final project. A neural-interface technology that will forever shift the fragile balance of the ashen plains.

With the true believers, desert nomads, survivalists and existing regime closing in, Luke must delve deeper into his genius brother’s secrets. And the truth about his last project will dramatically alter the remnants of civilization.

Because the fall isn’t always the end – sometimes, it’s only the beginning.

Seamlessly merging thought-provoking philosophical ideas with page-burning action, ASHES OF THE FALL is the first novel in the dystopian/post-apocalyptic Remnants Trilogy. 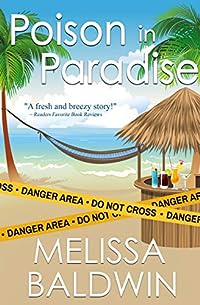 Poison in Paradise : a tropical romantic mystery
by Melissa Baldwin

Life on the open seas is everything Lexi Walker ever wanted! Her position as the part-time lifeguard and part-time Port Adventures coordinator for Epic Cruise Line has her traveling around the world and living her dream. And she has high hopes that her latest trip to the tropical Bahamas will be nothing short of magical.

Hopes that are dashed all too quickly.

What starts as a chance connection with a friend from her past, who is sailing on Epic to celebrate her recent marriage, turns into a deadly tragedy when Lexi finds the groom dead in a resort’s hot tub! Was it an accident? Or something more sinister? Suddenly Lexi finds herself thrust into a potential murder investigation where everyone is hiding something and no one seems innocent. Between trying to help the widow in desperate need of support, sifting through the victim’s friends and family who are anything but grieving, and trying to prove to her boss, the way-too-tempting Jack Carson, that she’s an asset and not a liability to Epic Cruise Line, Lexi has her hands full.

Wild With You (Light My Fire Series Book 1)
by J.H. Croix

When a grumpy hotshot firefighter meets a homecoming queen from the city, all bets are off.

I don’t have time for romance, much less for prissy Madison Glen. The first time I meet her, I kiss her. The second time I meet her, she’s breaking into my neighbor’s house. She swears up and down she’s not a criminal. Maybe not, but she is definitely a distraction I don’t need.

I’ve got my hands full with my mouthy daughter and an insanely busy life as a hotshot firefighter. It doesn’t surprise me at all to learn Madison was homecoming queen in high school.

She’s stubborn, impractical, and she’d win the contest for least-likely to survive in small town Alaska. She’s also sultry and sassy. She’s everything I don’t need. It doesn’t matter what I tell myself though. I can’t keep my hands to myself when she’s around, and she kisses like a dream. 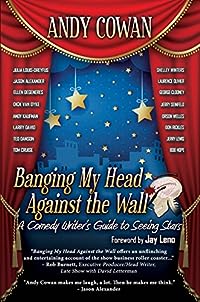 Banging My Head Against the Wall: A Comedy Writer’s Guide to Seeing Stars
by Andy Cowan, Jay Leno

“The Opposite” wasn’t just the classic Seinfeld episode in which George Costanza followed the opposite of his instincts to land success. The method behind the madness has been championed in industries worldwide and even likened to the rise of Trump. The award-winning writer who helped Costanza win, and first pondered “the opposite” in his own life, identifies traces of it in the legends he mined for anecdotes before the cameras rolled at his first high-profile Hollywood job on which he also became a recurring performer, and in numerous stops along his unique road of comedy writing and performing twists and turns, as the only scribe associated with Cheers, Seinfeld and 3rd Rock From the Sun. (Multiple episodes and staff)

For a Tinseltown backstage pass, lessons from film and television icons, in-the-trenches comedy writing and performing strategies, Seinfeld episodes that could have been, talk show, sitcom and single panel cartoon development, and pitching the decision makers (or doing the opposite of playing their game), you’ll want to keep… Banging My Head Against the Wall!