I hope all the moms of humans and critters alike had a wonderful Mother’s Day yesterday. I certainly did, and I kinda hate to end the celebration. I wonder if there is a way to make it a week long event. Maybe a month?? No? Oh… okay. Maybe next year. If I start a movement now, next year might be the start of a new tradition. 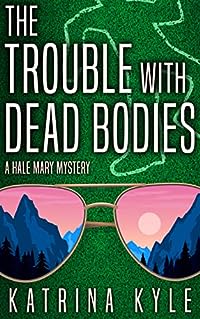 In a world of big paychecks and even bigger egos, everyone has a score to settle.

Please note this book was previously published as The Rookie.

After surviving a horrific snowboarding crash, an addiction to pain meds, and a humiliating public meltdown, Hale Mary Seton thinks managing professional athletes will be a cakewalk.

Out of the gates, her first prospect, an NFL rookie, is murdered in his high-rise condo. And high on the list of suspects is the team’s popular and beloved quarterback — Hale’s brother.

Desperate to clear his name and salvage her career prospects, she knows there’s only one thing to do: Find the real killer.
But Hale Mary will need a Hail Mary of her own to uncover the truth — and keep her latest career choice from becoming her last.

The Trouble with Dead Bodies is the first book in a fast-paced, humorous amateur sleuth mystery series featuring a tough-on-the-outside, soft-on-the-inside heroine hell-bent on finding the truth… no matter the consequences. 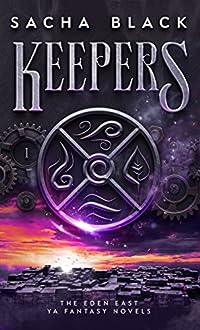 Eden has one question…

They say it’s fate. That she’s meant to be with Victor… but Victor is her nemesis, and Eden refuses to believe it.

Eyes he can’t take off her…

The problem is, fate is a hard enemy to beat, harder still when there’s a prophecy dictating the rest of her life.

Can Eden unearth the truth and find her real soul mate? Or will she be bound to her nemesis forever?

You’ll come for the forbidden romance, but stay because everyone’s destiny is true love… 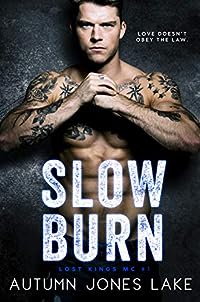 USA Today bestselling author Autumn Jones Lake invites you to fall in love with a ruthless outlaw who will do anything to capture the heart of the beautiful attorney assigned to represent him.

I’m not used to women who say no to me.
As president of the Lost Kings MC, women are always eager to jump in my bed.
Not Hope.
She’s a lawyer.
I’m an outlaw.
She’s strong-willed and smart-mouthed.
I ruthlessly protect what’s mine.
Hope Kendal is mine. Even if she doesn’t know it yet.
We have nothing in common.
We’re not meant to be.
Or are we?Jump into the world of the Lost Kings MC, a brotherhood full of loving, loyal, and ruthless men who will do anything to protect what’s theirs. The intensely passionate Lost Kings MC series by USA Today bestselling author Autumn Jones Lake begins with Slow Burn. 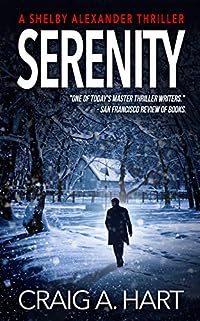 Trusting anyone would be a huge mistake.

But can he survive alone?

When Shelby moved back to his small hometown of Serenity after retiring from boxing, he was looking for a little peace and quiet. He was getting too old for all the high-octane nonsense of his prior life.

But when he finds a badly injured girl curled up by his barn, freezing in the winter chill, he knows the jig is up. And if the local sheriff has anything to say about it, Shelby will be spending a lot his retirement in jail.

Ah, well… it’s just another day in the small town of Serenity.

The Gifts of Pandora: Eschaton Cycle (Tapestry of Fate Book 1)
by Matt Larkin

The winding road of fate unfolds…
In the last days of the Silver Age, the tyrant god Zeus takes whatever and whomever he wants with impunity. He has already torn Pandora from one home and now he threatens to destroy another.

When he turns his wrath upon Atlantis, Pandora flees with the Titan Prometheus. Despite her bitterness, Pandora finds a friendship she never imagined possible. But Zeus is not done with Prometheus, and what Pandora will face next will make all she has endured pale in comparison.

But Pandora has considerable gifts of her own, not least her cunning mind. When Zeus binds Prometheus, Pandora swears to turn all those gifts toward bringing Zeus down and saving her one true companion. 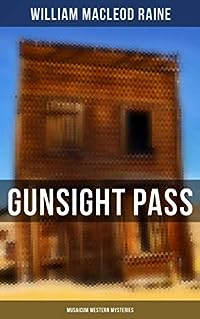 Gunsight Pass, or How Oil Came to the Cattle Country and Brought a New West is the tale of Dave Sanders, a young and brave cowboy from Arizona who tries to save a victim of a robbery and gets wrongly accused of a murder. After serving his sentence Dave returns to the cattle country finding that the oil boom has brought all kinds of crooks and troublemakers to the Old West. Determined to shake off his past and clear his reputation Dave stands up against outlaws to protect himself, his friends, and off course, the woman he loves.