The Reclaimer Series by Waldo Rodriguez

Deadly traps lurk around every corner, mysterious factions move in the shadows, and dormant powers within our hero manifest in wild and dangerous ways. The Reclaimer Series by Waldo Rodriguez is an adventure you won’t want to miss. Grab your copy today! 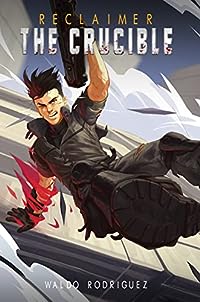 From the ashes of a dying world, a god will rise.

As an out of shape nerd, Gabriel Rivera had more pressing issues than outlandish things like godhood: Evacuating the city, joining the military, and protecting his family. Simple right?

Everything changed when the PAC invaded.

When the grim fate of his world is revealed, Gabriel joins the Reclaimer Project to save his family. A lowly F ranker, he’s weaker than even the worst recruits. Good thing he’s too stubborn for his own good.

Through blood and sweat Gabriel aims to grow stronger and rise above the rest.

Battered, bruised, and beaten, Gabriel refuses to stay down. For only in the fires of The Crucible are legends forged. 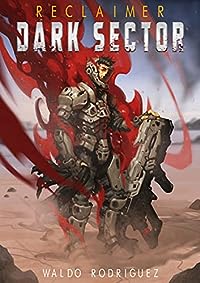 Surviving Phase One was the first step in Gabriel’s journey.

And it came with consequences.

Gabriel is cast out into the wastes by his rival. Deadly desert, merciless raiders, and strange visions stand between him and The Crucible. Quitting isn’t in Gabriel’s character, but death seems to be his destiny.

Hope glimmers from an unlikely source: You can trust a Deadman right?

When the anomalous events around Gabriel prove to be more than the hallucinations of a sun baked mind, his whole world flips. These powers are dangerous, and he isn’t the only one who thinks so.

High casualties lead to a jagged alliance. Tensions rise as dark secrets rise to the surface. Can Gabriel cultivate his new powers or will they consume him.

Locked in a battle for survival, the body count climbs, and Gabriel’s running out of options…