My youngest baby basset was telling me something about getting extra credit in school. My first thought was to push him over and steal his milk money, but I decided against it. You just shouldn’t try to relive your grammar school glory days. Good times! Anywho, I was thinking about the extra credit thing, and I got a bit jealous. Why can’t we as adults get extra credit? Doesn’t seem fair that we don’t. For example, if I do an extra push-up, I want extra credit that would go towards consequence free chocolate cake. Maybe if I actually fold all the laundry including the last load that I usually leave in the dryer until the next time I do laundry. For that I should get a lot of extra credit. Maybe a glass of consequence free wine. My mind really is stuck on the consequence free food and drink. Maybe I should focus less on earning extra credit, and work on inventing consequence free dessert. I will get back to you all on that one.

DI Gus Freeman retired three years ago. His old boss now wants him to head up a Crime Review Team investigating cold cases. Gus returns to study old witness statements and to unearth fresh clues… you can’t keep a great thief-taker down… the hunt is on.Fatal DecisionGus Freeman has spent the past three years alone. Freeman’s wife, Tess, died from a brain aneurysm six months to the day after his retirement. Gus is still coming to terms with his enforced solitary existence. In their first case, the team try to discover who murdered Daphne Tolliver while walking her dog in the local woods.Last OrdersThe newly-formed Crime Review Team is investigating cold cases that defied their colleagues. Austerity cuts mean that Gus Freeman only has a team of three to assist him. DS Alex Hardy – a pursuit motorcyclist, currently using a wheelchair as he recovers from a high-speed accident.DS Neil Davis – a bright young detective, whose family members have served in the Wiltshire force for generations.Lydia Logan Barre – a forensic psychologist graduate who is attractive, outspoken and fiercely competitive.Barmaid, Trudi Villiers, was brutally murdered as she walked home in the early hours. “She may have had a string of lovers, but she was someone’s daughter. We must find her killer.”Pressure PointGus Freeman’s Crime Review Team has two successful cold case investigations behind them.Will it be third time lucky? The victim’s profession might make it hard to find someone to talk.Laura Mallinder worked at ‘Gentle Touch’, a massage parlour in Swindon. Her boss, Maggie Monk, discovered Laura’s body. The twenty-seven-year-old masseuse sustained fatal stab wounds to her back.’Pressure Point’ has a wide array of characters, and offers action, romance, humour and drama.
“The multiple dimensions to the characters give these books a genuine slant. The relationships between the characters are worked smoothly into the plots.” 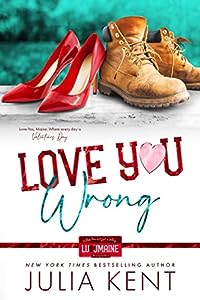 Two young do-gooders working to change the world find friendship and maybe more in a cutthroat business, but when the stakes are higher than they ever imagined, will a betrayal bring them together — or ruin everything?

Kellan “Kell” Luview is a new man. He left his tourist-trap small town and his dad’s business behind in rural Maine for a position at an environmental policy think tank in Washington, D.C. More comfortable climbing trees than talking about them, he’s determined to stretch his wings as he builds a new life with an ambitious girlfriend and smart friends who are just as dedicated as he is.

Despite his love for his work and the excitement of D.C., he feels pulled in too many directions when his girlfriend Alissa starts acting weird, his best friend Rachel needs an embarrassing, public rescue, and his mom hints that things are not going well at home in Luview-“Love You”-Maine, where every day is Valentine’s Day.

As a shocking betrayal shakes the very foundation of everything he believes in, Kell must decide who to trust, who to challenge, who needs him most — and figure out fast whether Rachel’s warnings about his girlfriend are credible.

Or yet another tactical maneuver in a city founded on them.

Unraveling the mystery of who to believe pits Kell against Rachel in a battle where the truth is uncertain and hearts are just collateral damage as ambition rules over feelings.

But Kell’s had enough.

Time to decide what kind of man he is — and who to trust.

Love You Wrong is a novel-length prequel (40,000 words), introducing New York Times bestselling romantic comedy author Julia Kent’s new Love You, Maine series. If you love rom coms about friends who are meant for more, deep intrigue, big misunderstandings, tests of loyalty, and small town/big city clashes, then pick up this prequel and try out a new-to-you series. 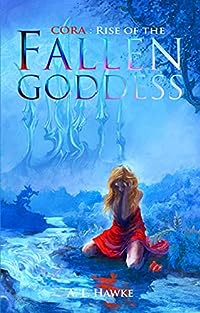 Cora: Rise of the Fallen Goddess (The Azure Series Book 1)
by A.L. Hawke

Cora is the goddess Persephone, living in Greece in the fourteenth century B.C. In order to shelter her from prophecy, her mother, Demeter, sends her away to Azure Blue. The young girl is raised and protected by the nymph queen, Nephrea, in a dreamlike crystal palace among azure trees and amethyst fields under a green sun. She’s adopted into the Amazon code of honor, bravery, and righteousness. But Cora is not an Amazon nymph. And prophecy holds quite a different fate for her as she grows into adulthood — Hades, Lord of the Underworld.

Upon Persephone’s fall, Demeter rages and threatens to freeze the entire world under ice and snow forever. Nephrea offers a sacrifice to quell her rage, but down in the fiery world below, it might be more than just the goddess who will need saving. 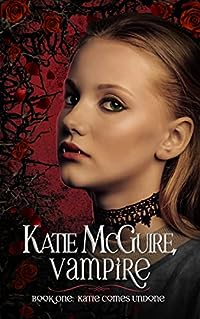 Katie McGuire just died, and that’s where her story begins. Because in a world where Vampires have civil rights, the last thing they can allow is for mortals to think that people are being turned against their will. So in order to maintain the fragile peace, a 600-year-old Vampire must bring Katie into the fold – or silence her forever.

She can’t run, and she can’t hide, not with midterms, a pregnant best friend, and a nerdy new love interest all needing her attention. Katie must learn to navigate the horrors of high school while trying to figure out what to do with the rest of her afterlife.

This is the story of Katie McGuire, Vampire. 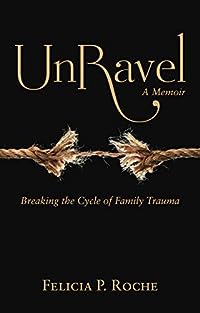 Felicia Roche was born to immigrant parents who survived traumatic events on their way to a new life in America. The effects of their trauma follow Felicia through a childhood filled with terror and abuse. Most people would wish for a different life, but there is one thing that makes Felicia value all she endured- the one person that endured all of it with her. With the love and unwavering support of her sister, Felicia makes the conscious decision to stop living in darkness and head for the light. This captivating story takes us on an unforgettable journey of unraveling from generational pain that typically inflicts irrevocable damage on innocent children who then become violent and harmful adults. It is a story that teaches the lesson of choice. We are not our parents, our pasts do not define us, and we all have the power to end the cycle of family trauma. 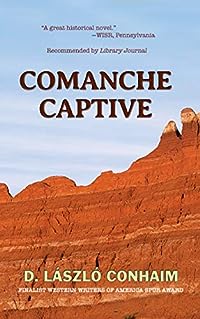 Comanche Captive is the engrossing story of Laura Little — rescued by the U.S. Cavalry, torn from her Comanche-born son, and forcibly resettled in Fort Worth. Not even the walls of a sanitarium can keep her there. Back on the high plains, she meets Scott Renald, an army “redeemer” on a mission to negotiate for Indian captives. Touched by her story, he leads her search for her son. But this is also an account of the 10th Cavalry of buffalo soldiers, an African-American troop led by white officers and tasked with Indian removal. As Laura’s urgent search and a rapid military campaign collide, loyalties are tested, a surprising family drama unfolds, and two civilizations absorb the impact.