I walked into the grocery store to buy ice cream for the family as a surprise treat and I walked out with two basil plants and two African Violets. No Ice Cream. I am going to go ahead and give myself credit for waiting a full 7 days after the No Plant Buying March had ended before I went and bought a plant. Yes, I may have been out of town for 5 of those days, but it counts. 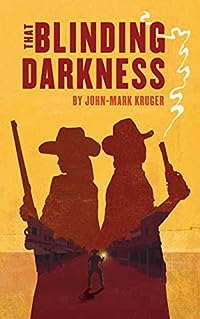 In an age of gunslingers and forgotten towns, the Army of the Light rules with a searing, bright fist. Sep didn’t choose to be a shader — to move unseen through the shadows — but when the Light came for him, he fought back. On the run, he befriends a family of mercenaries and uncovers a legend of fatal Angels that just might hold the key to who he is and how to save his sister. If he’s going to survive, he’ll have to make a choice: run, fight, or give into the growing darkness inside. 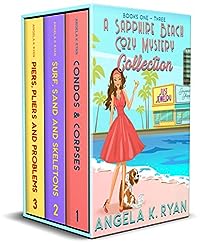 Condos and Corpses (Book 1)
Connie Petretta can think of no other option but to sell the beach front condo she recently inherited from her beloved aunt, but a murder in the apartment next door stalls her plans. As she tries to prove her friend and neighbor’s innocence, she contemplates keeping the condo and opening a jewelry shop in Sapphire Beach, where tourists abound, to showcase her handmade creations. But starting a business would mean walking away from an eleven-year career in humanitarian work, and her overseas contacts have become like family over the years. Will she find a way to combine her love for jewelry making with her passion for humanitarian work and solve the murder in the process?

Surf, Sand and Skeletons (Book 2)
Connie Petretta is excited for the grand opening of Just Jewelry, her new store featuring Fair Trade jewelry, as well as her own handmade creations. But while setting up shop, she discovers evidence that the previous tenant, Natasha, who disappeared a year ago, may not have run away as many assumed. Connie’s belief that Natasha would not abandon her young daughter impels Connie to investigate.

Piers, Pliers and Problems (Book 3)
Connie Petretta is excited to teach her first jewelry making class in her brand-new shop, Just Jewelry. Her teaching debut is off to a good start, that is, until one of her students is found murdered under the pier after class. And if that isn’t bad enough, Connie’s missing pliers turn out to be the murder weapon. Will Connie solve the mystery in time to save her store’s reputation? 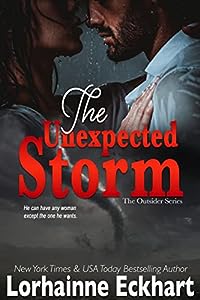 She’s heartbroken and alone. He can have any woman except the one he wants. Trapped together by a storm could be their only salvation.

He can have any woman, except the one he wants.

In THE UNEXPECTED STORM, Candy McRae is barely making ends meet. She’s heartbroken and alone with her horses and baby donkey living hand to mouth on the most sought after oceanfront property. Everyone wants it, including the wealthy hunk who owns the estate next door. And when he offers to buy it she refuses. His first mistake was asking her out. His second was not meaning it. Even though he could solve all her problems, she’d rather sell to the devil himself.

Smart and sexy Neil Friessen is quite the catch. He’s not only drop dead gorgeous with a body women dream of. He’s wealthy, stubborn, arrogant and thoughtful. He attracts women, and million dollar deals, and plans to build a resort on the property next to his. He has the plans, the money, and the resources. The only thing standing between him and his sweet deal is the dark haired beauty who owns the property he wants.

When a storm forces everyone to evacuate Candy refuses to leave her animals, and her property. But it’s Neil who shows up, Neil who rescues her. Except by the time he finds her, vulnerable and hurt, they can’t get out. Neil is alone with the one woman he’s always wanted. And he’ll have to choose between this dark haired beauty that fills his dreams every night, and building his million dollar resort. 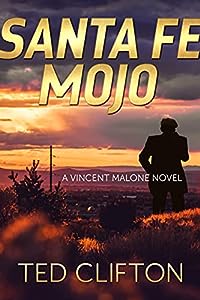 A man at his end faces a new beginning.Vincent Malone didn’t set out to be a failure — but he didn’t set out to be an alcoholic either. Disbarred, disgraced, and divorced, with his health in decline, Malone tries working as an investigator, but just can’t seem to keep his head above water. When his last client fires him, there’s no fight left in Malone and he decides to live his last years on booze and social security.Ending up in Santa Fe, Malone becomes a shuttle driver for a newly opened B&B. But what should have been a low-key job becomes a crisis when a high-profile LA sports agent staying at the B&B is murdered, and the deputy sheriff accuses Malone.Vincent has no choice but to investigate the murder himself. Thrown back into a job he couldn’t hack the first time, he gets unexpected help from an ancient lawyer and the sweetest B&B owners in the state. Before he knows it, Malone has lifted the lid on something much bigger than a single murder… all while still driving the shuttle bus.Santa Fe Mojo drops a hard-boiled detective in the middle of a cozy mystery and lets the sparks fly. What happens when a broken man is given a second chance? Will he sabotage himself again, or finally find his place in the world? 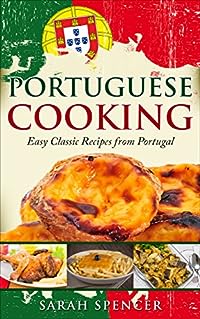 Bring the rich flavors of Portugal in your kitchen! Prepare a memorable Portuguese feast for your family and friends. Choose your favorite from the fifty classic recipes in this Portuguese Cooking Cookbook.
Download FREE with Kindle Unlimited

Portugal’s rich and vibrant culture is undeniably felt in its cuisine. Portuguese dishes are never shy. Each dish proudly presents itself with fresh, robust, and surprising flavors. There is something both comforting and celebratory about Portuguese dishes. Hearty soups and stews warm and nourish. With olive oil, one must be extravagant; with meat, nothing is to be put to waste. Desserts are divine, their flavors and preparation seeming to resound with good times and happy memories.

Traditional recipes have mostly been passed down by mothers to daughters, with no measurements. The Portuguese are innovative and creative people, and their recipes and methods vary from family to family and from region to region. What one family may consider authentic may seem foreign to another.

With that in mind, the recipes in this cookbook do not claim to be authentic. They are here to give you at least a glimpse of Portugal’s gastronomy, to let you taste the flavors dear to its people and to feel its rustic charms. In following the recipes, it is hoped that you will experience the passion and simplicity of Portuguese cooking.

Something as simple as using real Portuguese olive oil, sea salt, coarse-ground pepper and only the freshest ingredients will help you understand why Portuguese food is considered some of the best in the world.