I just put together a clothes drying rack that turned out to be a lot bigger than I thought it would. I have no clue where I am going to put it when it’s not in use. In the meantime though I put it in my youngest baby basset’s room. When he asks what it is I will tell him it’s for his Star Wars light sabers. That should buy me some time.

Check out my other blog Pollen Patch to see the two new cuties I added to the front yard! Click Here! 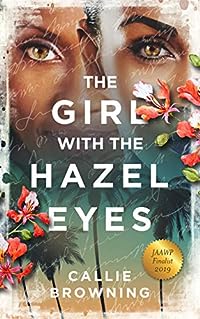 The Girl with the Hazel Eyes
by Callie Browning

Oprah Magazine calls it one of 16 Books by Caribbean Authors to add to your Reading List.

Yahoo! and In The Know named it as one of 10 Must-Read books by Caribbean Authors.

“A perfect read. ‘The Girl with the Hazel Eyes’ is well-written and compelling. I give this novel 5/5 stars.” – Bekah’s Bookshelves.

Politics, poverty and puberty combine in this beautifully written coming-of-age tale that examines the bonds of womanhood, feminism and pre-independence life on a small island. Almost fifty years after Susan Taylor was exiled from Barbados for her famous whistle-blowing novel, ‘The Unspeakable Truth’, she contacts a young writer to pen her biography. Susan is crotchety and unpleasant but Lia Davis is broke so she has no choice but to stay and write Susan’s biography. As Lia starts to unravel the reclusive author’s life, she realizes that some things just don’t add up. Susan has been hiding a massive secret for decades and Lia is determined to find out what it is. The Girl with the Hazel Eyes is an endearing historical fiction that tugs at your heart with its examination of love, lies, and loyalty. 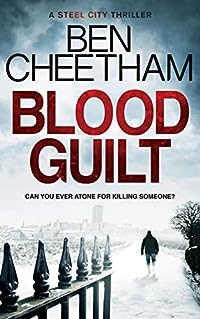 You’re not a policeman, you’re not a husband, and you’re not a father. The man you were is dead. Everything he was is gone. It’s over. Finished. Nothing can bring him back.

After the death of his son in a freak accident, Detective Harlan Miller’s life is spiralling out of control. He’s drinking too much. His marriage and career are on the rocks. But things are about to get even worse. A booze-soaked night out and a single wild punch leave a man dead and Harlan facing a manslaughter charge.

Fast-forward four years. Harlan’s prison term is up, but life on the outside holds little promise. Divorced, alone, consumed with guilt, he thinks of nothing beyond atoning for the death he caused. But how do you make up for depriving a wife of her husband and two young boys of their father? Then something happens, something terrible, yet something that holds out a twisted kind of hope for Harlan – the dead man’s youngest son is abducted.

From that moment Harlan’s life has only one purpose – finding the boy. So begins a frantic race against time that leads him to a place darker than anything he experienced as a detective and a stark moral choice that compels him to question the law he once enforced.

Find out why this unputdownable story of a man fighting for redemption has been read by over a quarter-of-a-million readers worldwide! 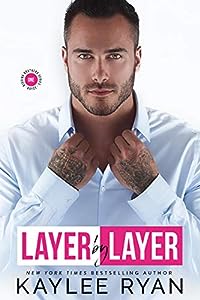 When we land, he gives me his number, and I promise to call. Before I get the chance, we meet again.

It turns out he’s my new boss and nothing like the gentle stranger from the plane.

The longer I’m with Royce, the more I realize he has many layers, and I want to uncover them all one by one.

If only he would let me in.

Being CEO requires all of my focus, but I can’t stop thinking about the gorgeous woman from the plane with the gorgeous blonde hair and striking green eyes.

Sawyer Gibson is beautiful, intelligent, and very much off-limits. A line I shouldn’t cross.

Until I do… and there’s no going back.

I want all of her, but she deserves more than my hardened heart can give.

No matter how hard I try, I can’t escape her.

The annual Charleton House Food Festival is about to begin. But the first item on the menu is murder…

Nestled in the idyllic setting of Derbyshire’s rolling hills, the ancestral home of the Fitzwilliam-Scott family seems an unlikely location for murder. But when a young man is killed with a part from a coffee machine, recent thefts from local stately homes are put in the shade, and caffeine-loving café manager Sophie Lockwood finds her interest piqued by a pair of unusual cases.

Who would want to brutally murder a gentle giant of a man? And why would a thief, with an endless treasure trove to choose from, make off with a bowl from Charleton House that only has sentimental value?

Enlisting the help of her charismatic and eccentric colleagues, including quick-witted tour guide Mark, Sophie sets off to extract inside information from Detective Constable Joe Greene in return for a generous supply of chocolate croissants. But just as Sophie finds her suspicions falling on a likely suspect, a trail of coffee beans leads to a shocking revelation that turns her caffeine-fuelled investigation on its head.

Buy Death By Dark Roast today, you won’t be able to put it down.

Along the Razor’s Edge (The War Eternal Book 1)
by Rob J. Hayes

The war is over. Sixteen-year-old Eskara Helsene was a Sourcerer, a weapon for her empire. But she fought on the wrong side.

Now she is a prisoner serving out a life sentence in the mines of the Pit, where there are worse things than thieves and murderers in the darkness. Nightmarish demons from the Other World stalk the tunnels.

With no hope of survival, Eska must escape. But no one escapes the Pit.

Can she fight her way to freedom or will the darkness swallow her soul and her destiny?

Eska’s war has only just begun.

A dark coming of age story, perfect for fans of Throne of Glass and Red Sister. Pick it up today.