Two Ducks Walk Into A Bar

For a month or so I have been stressing out about the virtual queue lines in Disneyland for the three major rides. I have been stressed about having to get up early and logging into a system at exactly 7am to press a button on my phone repeatedly trying to make a reservation along with thousands of other people. Yesterday i called Disney customer service about a question on their phone app and learned they no longer have virtual queues. All that stress for nothing? I feel like I should get some sort of prize or something. Hmmph. I guess not having to worry about virtual queues is the prize. Well, I guess I can just go on and start enjoying myself then. See Ya guys next week!!! The Apprentice will take it from here. 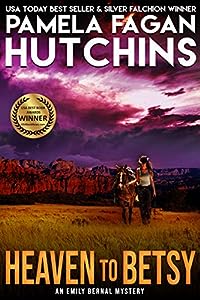 Heaven to Betsy (An Emily Bernal Texas-to-New Mexico Mystery): A What Doesn’t Kill You Mystery
by Pamela Fagan Hutchins

A former rodeo queen turned paralegal.
A criminal attorney with a soft spot for lost causes.
To find a missing girl, Emily and Jack will have to team up for one wild ride.

Dumped by her husband for a man, ex-rodeo queen Emily Bernal yearns for a fresh start. When a handsome local attorney named Jack offers her a gig, she’s not sure if it’s the right fit. But after a dead body takes a swan dive right in front of her and she learns a missing six-year-old girl is caught in the aftermath, Emily’s heart sends her from barrel racing to paralegal work in a hurry.

As she and Jack interrogate the young girl’s tight-lipped mother, a string of strange coincidences don’t seem to add up. When sparks fly between her and her boss and dead ends start to become dead bodies, the race to save the girl comes down to the wire. Can Emily and Jack decipher their feelings and the contradictory clues before they become the next victims? 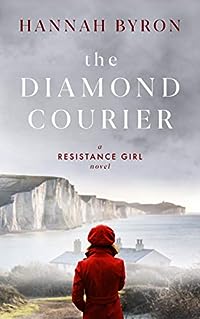 The Diamond Courier: A Gripping WW2 Story of Love, Loss, and the Diamond Industry (A Resistance Girl Novel)
by Hannah Byron

Would you settle for a marriage of convenience even if your intended is your best friend?

Restless and independent, Lili Hamilton dreams of becoming a radical journalist. To avoid the scandal of her broken engagement to Scotsman Iain Brodie, her traditional parents send her to finishing school in Switzerland. On the way to her exile, she meets the dashing Leo Oppenheim, leader of the British Communist party, and a whole new world opens up for Lili.

As the rhetoric of Hitler booms across the Continent and World War II erupts, Lili flees to Leo in London, embracing communist ideals and free love. But causes need money to thrive, and Leo has set his sights on a daring raid of the biggest diamond center in war-torn Europe: Antwerp.

Lili infiltrates the Jewish community in Belgium and befriends both the Goldmunz family and Gestapo leader Ulrich Lemberg. Despite the horrors of war, despite witnessing the murder of a comrade, she becomes the diamond courier between Antwerp and London.

The Diamond Courier is a young woman’s fight to liberate herself from her privileged upbringing, for which she pays the highest price. Will love conquer over politics? 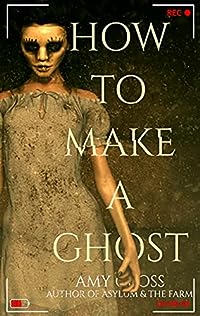 How to Make a Ghost
by Amy Cross

Twenty-five years ago, Eve Marsh’s little sister Rebecca vanished. No-one in the family is willing to talk about what happened, and Eve has come to accept that she might never learn the truth.

When a huge storm erupts, however, Eve is forced to return to her childhood home. Her father lives alone, and the house is in danger of collapsing as it’s battered by wind and rain. Eve hasn’t talked to her father since she ran away from home many years earlier, and she soon finds that the old man’s mind is deteriorating. Meanwhile, something seems to be in the house with him, lurking in the shadows and tormenting what’s left of his sanity.

Eve soon begins to discover the truth about what happened to Rebecca. A strange, ghostly figure appears in the house, and a voice cries out for revenge. The more Eve learns, the more she comes to understand that something terrible has been happening to her family for many years. She’s always held her father responsible, but is there something even worse that Eve doesn’t know? And is the ghost of her dead sister really lurking in the shadows of the house?

How To Make a Ghost is a horror story about a haunted house, a dark family secret, and a horrific experiment that has been years in the making. 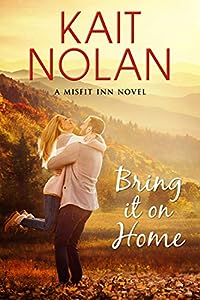 “That girl who got knocked up in high school.”

Maggie Reynolds moved all the way to Los Angeles to escape that reputation, but she still hears the whispers of old scandal every time she comes home to small town Tennessee. For twelve long years, she’s lost herself in work, determined to prove that she’s more than one foolish, teenage mistake. But as each of her sisters has found love, she’s feeling the keen edge of loneliness.

After losing his chance with Maggie to tragedy years ago, Porter Ingram has contented himself with the friendship they’ve rebuilt. His love for her is an open secret she refuses to see. But when Maggie’s forced to take a sabbatical from work and comes home to Eden’s Ridge, he knows it’s time for her to face more than the demons she left behind.

Though he’s been her steadfast rock for years, Maggie’s blindsided by Porter’s declaration–and seduced by the second chance he offers. As they navigate the rocky path from friends to lovers, Maggie faces the local gossip with her head held high. But the painful past they’ve put away is full of secrets that just might destroy the foundation of their forever. 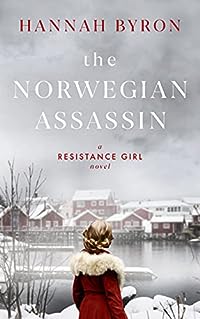 Her family’s gone. Her fiancé taken from her. Esther Weiss sees only one way to fight back.

Life is good for Esther and her Jewish family until Hitler annexes their home country Austria. Her wedding to fiancé Carl Bernstein is postponed, and her family’s entire life is uprooted.

Thinking they’ll be safe in Oslo, the Weiss’s hope is short-lived when Norway is invaded in 1940 and the fascist Quisling Regime is put into place. Esther returns home one day to discover her entire family has been deported. Gone. Without a trace.

Something snaps inside Esther. The soft-hearted, gentle girl is no longer. Her desire to fight the enemy becomes her only drive. She joins the Norwegian resistance movement and with her blond hair and light eyes, all it takes is a false passport to give Esther the freedom she needs. The freedom to kill. No German or Norwegian fascist is safe when she’s nearby.

Destruction of those who took her family gives Esther a license to live, but it has also hardened her heart. Not even Tore Helberg, her rock and protector in the Resistance movement, is able to break through the walls she’s placed around her heart.

When all she loves is gone, and only hate remains, can the Norwegian Assassin reopen her heart and find love again? 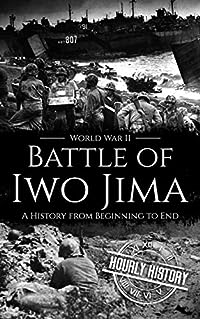 Discover the remarkable history of the Battle of Iwo Jima…

After the shock and devastation of the December 7, 1941 attack on Pearl Harbor, the Americans were determined to take their revenge on the Empire of Japan. The Japanese were just as determined to become the dominant power in the Pacific, a goal they were well on their way to achieving as they occupied China, Hong Kong, Thailand, Malaya, Burma, Northern Borneo, the Dutch East Indies, and the Philippines.

As the Allied victories began to mount, the Pacific was no longer the guaranteed province of the Japanese. Yet for Japan, the American advance merely provided a reason to fight even harder. By the time the two adversaries were locked in battle on the island of Iwo Jima, the Americans had no idea that they would have to shed blood for every hard-earned inch of ground that they gained. In their mission to protect their homeland from the advancing Americans, the Japanese soldiers turned Iwo Jima into a graveyard for the Marines, as well as for themselves.

• Over in a Week: American Optimism

• Day One: The Invasion Begins

• Raising the Flag on Mount Suribachi

So if you want a concise and informative book on the Battle of Iwo Jima, simply scroll up and click the “Buy now” button for instant access!