Behind the glitz and glamour of Las Vegas lies a gritty sinister world where a true battle between good and evil takes place.  Fans of King, Koontz and Gaiman will love the action packed series The Vegas Vigilantes by Cynthia Vespia. Grab your copy today! 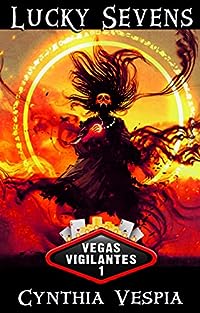 A struggling alcoholic. A savvy stripper. A strung-out casino boss. And a powerful magician looking to kill them all.

As head of security, Lucky lived for the job. Now people around him are starting to die off. A string of suspicious, high-profile deaths made to look like accidents are occurring on his watch. His investigation into the incidents could cost him his career and maybe even his life.

When his girlfriend is the next target, Lucky’s new job becomes tracking down a killer loose in Las Vegas. As the stakes get raised by a magic wielding maniac, will his luck run out? 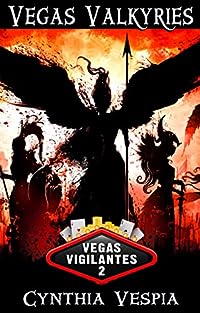 Bryn, Kava, and Sigr were Odin’s finest warrior Valkyries until he cast them from Valhalla. Now they’re forced to make amends as the toughest bounty hunting trio in Las Vegas. While catching bail jumpers and magical fugitives, they learn the Queen of Death, Hel has brought her forces of chaotic evil to Sin City.

Seeking to win back Odin’s favor, and return home, the Valkyries take it upon themselves to try and stop Helheim from cloaking the city. But as the final battle looms, will Bryn’s reluctance to leave her new mortal life cost the Valkyries this much needed victory?

The next fight night in Las Vegas carries the biggest stakes of all… the fate of the world! 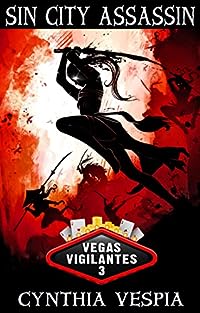 The new owners of Saints & Sinners Casino have a sinister secret that only comes out at night. When Nico learned the truth about her bloodthirsty bosses, it almost cost her life… almost.

Left with a fragmented memory and a need for revenge, Nico is intent on finding those that left her for dead. Teaming up with a supernatural investigator, the two traverse the casino floors like a modern day Dante’s Inferno to face the nest of vampires residing inside.

But when their journey brings them to the head vampire, will Nico have the courage to slay her own brother?

The final chapter in the VEGAS VIGILANTES fantasy trilogy.