The Shorten Chronicles by Rosalind Tate

Sophie Arundel is stranded in history, stuck in a grand house in 1925 England. Thankfully, she has her faithful dog Charlotte with her. Oh, and fellow student Hugo, annoying and charming in equal measure.

Baffled by upper-class rules, courted by boring suitors, Sophie is desperate to get back to the twenty-first century. But the only way home is through a hidden portal — and she must work with Hugo to unlock its secrets.

As one clue leads to another, Sophie and Hugo discover that history is unfolding differently. Mobs rule the streets. And when chaos turns into a deadly revolution, anyone in a grand house is fair game.

Sophie and Hugo are running out of time… 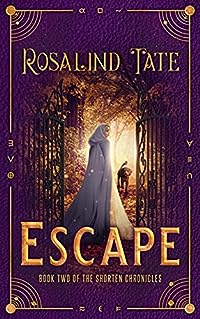 Sophie Arundel is stranded in a parallel universe, stuck in a grand house in an alternate 1925 England. Thankfully, she has her faithful dog, Charlotte. Oh, and Hugo Harrington who is stranded too — and Sophie’s fallen for him, head over heels.

As a revolution threatens the Manor and everyone in it, Sophie finds the hidden portal to the twenty-first century. When she opens it, one man’s deadly secret will be exposed.

And he’ll kill to stop her.