Author John Triptych has varied interests, and his love of everything is reflected in genre-busting novels ranging from real world thrillers all the way to mind blowing science fiction. A consummate researcher, he derives great pleasure and satisfaction when it comes to full spectrum world building and creating offbeat characters based on the real life people he meets in his travels. Check out this amazing collection and grab your copy today! 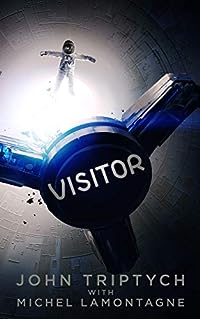 The ultimate secrets of the universe awaits those who dare to risk everything.
Years have passed since Earth encountered its first known interstellar object: Oumuamua. Now an even larger one has been discovered, following the exact same trajectory as its predecessor. Scientists around the world theorize that this can no longer be passed off as mere coincidence — the new contact must be an artificial construct of some kind.

With an ambitious plan to build a spacecraft and attempt a manned landing, a crew is formed. Disgraced astronaut Cassie Voges hopes to get selected for one last chance at redemption. Maverick billionaire Toby Merckx wants to beat his rivals to the extraordinary secrets he believes the object may unlock. And its controversial discoverer, Charles Hudson, seeks to escape his past and be remembered for something better.

What they find will change humanity forever.

Combining hard-edged, scientific realism with thrilling action and the mysteries of the unknown, this epic novel is suitable for fans of 2001: A Space Odyssey and Rendezvous with Rama. 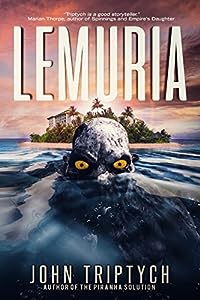 Nick Dirkse is a workaholic software developer, and he’s desperate to save his crumbling marriage and reconnect with his neglected children. So he takes them on what promises to be the ultimate vacation in a tropical paradise.

The island, newly built off the southwest coast of India, is named for the mythical land of Lemuria. And it’s a world-class private resort to indulge the modern-day rich and famous.

But this seemingly luxurious wonderland hides a terrible secret, a nightmare so real and terrifying it will test the outer limits of Nick’s courage and resolve if he is to save the ones he loves. 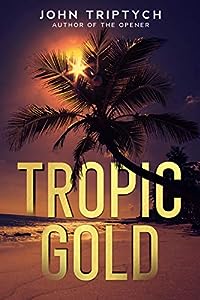 A lost treasure of unimaginable value awaits those daring enough to find it.

Former Green Beret Ryden Spass is looking for a new start and travels to the Philippines to visit his estranged brother, figuring it’s time to reconnect with family again and enjoy a long-earned vacation in the sunny tropics.

But things don’t turn out quite as he expected when his brother goes missing. Falsely accused of murder, Ryden finds himself on the run from corrupt cops and if that isn’t enough, he ends up with ruthless gangsters after discovering his brother’s involvement in a scheme to obtain lost treasure, a secret cache of unimaginable wealth dating back to the Second World War.

Now a stranger in a strange land, Ryden will have to draw on his formidable skills and experience just to stay alive, clear his name, and find his brother. This surely isn’t the relaxing holiday he was hoping for.

If you like fast-paced action and sea adventures in an exotic setting, check out this newest series by John Triptych. Suitable for fans of Wayne Stinnett and Clive Cussler! 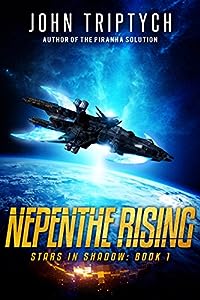 The most lethal pirate crew in the galaxy just met their match.

In the far future, two major factions are locked in a galactic cold war. As tensions mount between the technocratic Union and the genome-harnessing Concordance, both sides anxiously watch for a chance to conquer the other.

The Nepenthe is a pirate vessel, loyal to neither. Led by the enigmatic Captain Dangard, her rough and ready crew includes the cat-like alien Commander Creull, Zeno the immortal synthetic, the dashing Garrett Strand, and Duncan Hauk, a promising young recruit.

Hired by a cryptic employer, the crew waylays a transport ship carrying a mysterious passenger. In due time, this incident sparks the beginnings of an interstellar conflict that could threaten the state of known space. 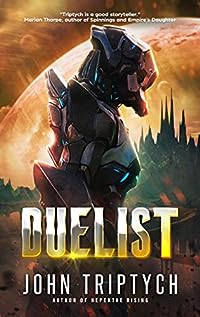 The future of war is not decided by masses of soldiers, but by individuals.

Interstellar war has been outlawed, and all conflicts are now determined by single combat. The fate of entire planets rests upon the actions of a duelist — specialized gladiators trained and modified with the latest technology to win a death match against their equally formidable rivals.

Dyron Dyrge is an upstart who rises in power and prestige with each victory. Yet he shuns the limelight, for his secrets would tear the galaxy apart if they were ever revealed. Alix, an orphaned concubine with mysteries of her own, also begins her ascent within a corrupt, class-based society that rewards only the most cunning and ruthless of them all.

Together, these two individuals will eventually determine the fate of known space… unless their enemies kills them first.