I just spent the whole night running from a T-rex. I was booking it through the city, hiding under cars, bobbing and weaving, trying my hardest not to be eaten. I saw one commercial on Sunday with a few dinosaurs, and two days later I am dreaming about them. I would not call it a nightmare. Unless of course you consider any type of exercise a nightmare. I certainly do. GRR! I am not a little kid anymore, so having a bad dream about being chased by dinosaurs is a bit annoying and embarrassing. I’m adult. I should be running from clowns and serial killers. I am going to mark that as my cardio for the day and put this behind me. HAPPY TUESDAY! 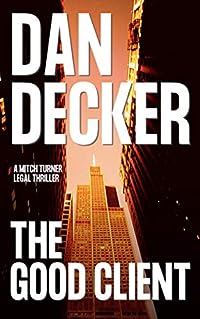 Criminal defense attorney Mitch Turner is awoken in the middle of the night by a message from his nerdy law school employee, Timothy Cooper, begging Mitch for help. Uncertain about the problem from Timothy’s cryptic texts, Mitch Turner slips into his suit and heads over to visit Timothy, unable to imagine any reason why Timothy would be calling for help at such a late hour. Mitch arrives to find the police at Timothy’s apartment and learns that Timothy’s roommate was murdered.
Mitch immediately retrieves Timothy from the police before they can get him to say anything more and, while in the process, has a run-in with his ex-girlfriend, who is now a detective. Mitch takes Timothy back to his office to debrief, but not long afterward, the police show up and arrest Timothy for the murder of his roommate.

The police consider it an open and shut case, but the only thing that keeps Mitch from arranging a plea bargain is his belief that his client did not do it. The deeper Mitch digs, the more he learns that his client has secrets that he wants to be kept quiet at any cost, even at the expense of going to jail for something he did not do. Mitch soon learns he must work at odds with his client to provide the best legal representation possible, going around Timothy as he fights to keep his client out of jail.

Can Mitch Turner learn the truth while also serving his client’s best interests?

If you like legal thrillers, this novel is for you. Mitch Turner is a fast-talking lawyer who takes risks where others might not. Fans of John Grisham, Michael Connelly, and Scott Turow will enjoy this story. Pick up your copy today! 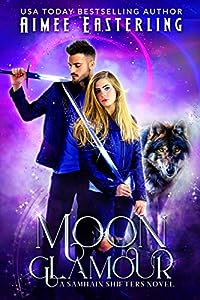 Can one lone wolf save the world from fae who feed on pack bonds?

Half-werewolf Athena has spent her entire adult life keeping her human sister off the local alpha’s radar. But when the Samhain Shifters come to town, she’s thrown off her game.

Tank isn’t at all what Athena had come to expect from an alpha. Rather than throwing his weight around and taking from the little guys, he risks his skin to fight off deadly fae who slip into our world one night per year.

“Join us,” Tank tempts, prompting butterflies to take flight in Athena’s stomach. The gig would be a one-week commitment, the work a boon to the common good, the result insurance for her sister’s future. But if Athena drops her standards and runs with wolves, will she ever be able to attain independence again?

The Samhain Shifter series can be read in any order, with adventure, mystery, and a happily ever after in every book. Moon Glamour is book one. 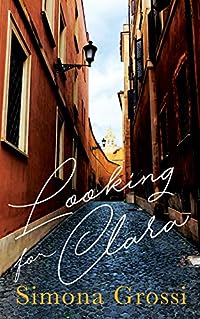 Simona Grossi’s debut novel is a deeply felt journey of self-discovery, exploring the courage of confronting the past and opening one’s heart to friends and love.

Growing up, Clara’s world was all about her piano and her best friend, William. It all seemed to work until it didn’t. A major slip during a concert shakes Clara’s confidence, making her decide to abandon music altogether; and William betrays their relationship, just when their bond seemed to be evolving into something deeper. Shaken, Clara decides to silence her past and almost become someone else.

Now a successful lawyer, Clara seems to have settled for a life filled with emptiness and nonsense, until her law firm dispatches her to Italy. There, a deep friendship with Mario, the eighty-year-old neighbor, and their trip together through some of the most iconic places in Italy, set Clara on a path to becoming herself. Pulling her back to that past that she had tried so hard to forget, Clara’s journey turns into a magical fable of startling symmetries that unite hearts and feelings. 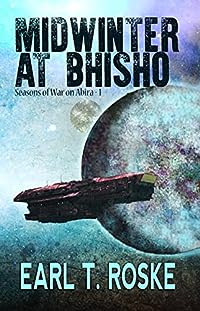 When Imara lands on Abira with the rest of her company, things don’t feel right. And it’s not just the constant, falling snow. Bhisho’s townsfolk are nervous. This makes the Hospitallers wary.

Then, thieves come in the night.

But the thieves aren’t just thieves, they’re citizens of Grabouw, the other town in the valley. The Hospitallers learn that the people of Grabouw are starving, too. Imara and her team are charged with escorting supplies, through the snow, to the other town.

The welcome here is even more chilling.

Imara is certain more is going on than just a shortage of food supplies. A passed note confirms her suspicions. Now, Imara not only has to get her team safely back to Bhisho, but she also needs to report the truth, even if it costs her teams’ lives.

Midwinter on Bhisho is the first story in the Seasons of War on Abira series. Follow Sgt Imara Fermo as she not only deals with her own demons but also struggles to understand the layers of deceptions that drive the civil war on Abira. 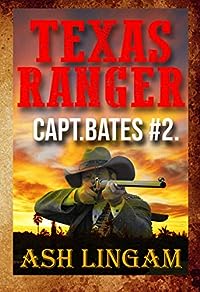 Texas Ranger Captain Rowdy Bates rides to Kansas to chase the rustler who stole his horse, Sugar. In Wichita, he meets a young U.S. Marshal by the name of Jack Black, and they side-kick up to pursue and capture the Bill Whitley Outlaw Gang along with Brack Cornett, taking the lawmen back to Texas and eventually deep into Mexico in their pursuit. All the while back in Laredo, Victoria Lee Dupree awaits her trial and an almost certain sentence to hang by the neck for the murder of High Card Harry Brownstone — an act perpetrated to protect the man she loved. Who is her secret love and will her beau arrive in time to save her from certain death?