I Will Save Thinking For later

Happy February!!!! Oh my golly I thought January would never end! It was 17 weeks long! I am starting out this month trying to figure out what on Earth I am going to do with fifteen terracotta pots I got for free last weekend off of Facebook Marketplace. When I say the post come up the picture made it look like it was fifteen  or so two to five gallon pots. I grabbed hubby, threw him in the minivan and headed over to pick them up. When we arrived I saw a line of pots that were all three to four times that size. OH DEAR! We got back in the minivan, drove home and got the truck. It was only a ten minute drive, so no biggie. As we were unloading them from the truck when we got home, I thought there was no way I needed all these pots, but free is free.  Yesterday I started placing them around the garden. Turns out I can find spots for all of them. EASY! Do they fit? NO! But I will make it work because each pot is a new plant I can get. Last weekend I bought a bag of three dinner plate Dahlias that I really liked, but had no room for. Now I do! It’s like getting a whole new section of yard! 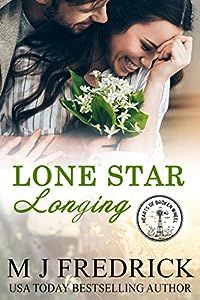 Twelve years ago, a terrible school bus accident divided a town, but bonded the survivors. Some of them fled the small West Texas town, some remained, and some felt drawn back to the place where they lost their innocence. Beck Conover didn’t intend to do more than check in on his mom in Broken Wheel when he was driving through Texas on his way to his job in Las Vegas. He hadn’t been home in, well, longer than he’d care to admit. But when he gets there, the house is in terrible shape. Despite his contentious relationship with his mom, he decides to stay in town and fix up the house so he doesn’t have to feel guilty about leaving her alone. He’s already hired a home health nurse to check on her, but he doesn’t think she’s getting enough help. When he comes face to face with her nurse, he’s startled to see it’s Lacey Davila, the girl he pulled from the flood waters the day the bus was swept off the road. Lacey Davila stayed in Broken Wheel because she didn’t want her father to be alone after her mother left him, bored by life in this town. Her job as a home health nurse was a natural extension of her need to care for others. Even though she chose to stay, she understands why Beck left, why her mother left. When she discovers she’s pregnant, the child’s father turns his back on her, but Beck is there, stepping in to help as he had the day the bus washed into the creek bed. But like her mother, he will leave when the town gets too small for him. And she’ll be alone. She won’t risk that for herself, or for her unborn child. 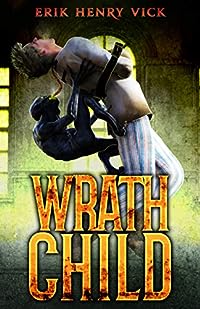 When a third woman dies in Manhattan, FBI Agent Gavin Gregory of the Behavioral Analysis Unit takes notice. The signature of the crimes matches a series of brutal murders he investigated ten years ago, and he fears the killer has returned.

A psychiatrist from a New York mental hospital claims to know the identity of the murderer. When Gregory hears her unbelievable tale–a dark mind trip of demonic possession–he almost walks away, but she knows too many details only the perpetrator would know. Gregory wonders if she is insane or if she is the killer.

When Agent Gregory’s wife is kidnapped, he must embrace the supernatural or risk losing her forever.

Enjoy this tool – it’s full of useful information for you & YOUR friends throughout the Situations we are in TODAY From a Young Entrepreneur like my SELF This BOOK will be a terrific self-improvement tool since it comes from a new generation It will have an impact on my community and yours! 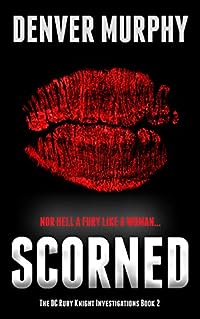 Inexperienced detective Ruby Knight is thrown a curve ball when a spate of burglaries results in a homicide.

Commuters to the sleepy suburban town of St. Albans become alarmed when a series of aggravated burglaries begins.

DC Knight and her new partner, experienced but cynical DI Cooper, are in charge of tracking the gang responsible. But the pressure mounts as the attacks become increasingly violent.

They pull out all the stops to catch them, but in the meantime another type of criminal sees an opportunity.

Will DC Knight be able to separate the wheat from the chaff and see the facts for what they are, or will pressure from on high to solve the case let a dangerous individual off the hook? 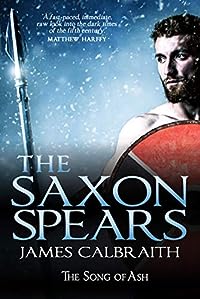 The Saxon Spears: The Song of Ash Book 1  (The Song of Britain)
by James Calbraith

The old world is burning
A hero will rise from its ASH.

A child of Saxon blood, an heir to a Roman family, his is a destiny like no other: to join the two races and forge a new world from the ruins of the old.

Thirty years have passed since Britannia voted to throw off the Roman yoke. Now, the old world crumbles. Pirates roam the seas, bandits threaten the highways, and barbarian refugees from the East arrive on Britannia’s shores, uninvited. The rich profit from the chaos, while the poor suffer. A new Dark Age is approaching – but all is not lost.

A Saxon child is found on a Briton beach with nothing but a precious stone at his neck and a memory of a distant war from which his people have fled. Raised by a Briton nobleman, trained in warfare and ancient knowledge, he soon becomes embroiled in a struggle that will determine the future of all Britannia.