Gingerly Care For You

Sometimes it’s really hard not to kill something, even though you try really really hard. That is actually my gardening motto. “Try Not To Kill It”. I am just about 50% successful. Maybe. My partner in crime was so awesome to give me not just one, but two Shampoo Ginger rhizomes. I immediately put them in dirt to get them going. For a good few month they did nothing though. They didn’t grow or die. I have been worried that I might have already killed them, so last weekend, after a little research, I decided to bring them inside and put them in a little water. Just a small portion is touching the water and the rest is being held up by marbles. I check on them at least three times a day, to see if they have changed at all. So far all seems okay. Please don’t die. 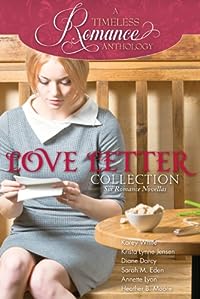 MAGGIE’S SONG by Karey White
Maggie Jensen is part of a trio of best friends with Lucas and Dan. Together, they own and run Wild Country Hiking Tours. When Lucas returns to the company after getting his college degree, Maggie realizes that the crush she had on him as a teenager has now blossomed into so much more. But Lucas still treats her as one of the guys, and Maggie worries that if she tells him her real feelings, their relationship will be damaged forever.

JUST FLY by Krista Lynne Jensen
When Wren is faced with the devastating news of her grandfather’s death, her mom finds a mysterious letter from a woman named Dot in Seattle. Wren visits the woman herself to deliver the news in person. Wren learns of the bucket list Dot and Gramps had put together with the help of Dot’s grandson, Seth. Dot challenges Wren to take her grandfather’s place in completing the list. Before the week of adventure is over, Seth has impressed Wren in more ways than one. But is that enough to overcome Wren’s fear of losing those she loves?

HOW TO REWRITE A LOVE LETTER by Diane Darcy
High school teacher Julie Ashburn believes she’ll never live the “event” down in which she wrote her true feelings in a love letter to Principal Dane Parker, and he laughed out loud, mocking her. Now that her honors English students want to write love letters for the school fundraiser, Dane turns down the idea flat. Julie tries to convince him that it was her students’ idea and not any sort of payback. But when a student writes a fake love letter from the principal to Julie, everything gets even more mixed up, and both Julie and Dane are caught up in a series of misunderstandings that might be impossible to sort out.

A THOUSAND WORDS by Sarah M. Eden
Shannon Ryan has been waiting half a year to be reunited with her fiance, Patrick, with only the letters between them keeping their relationship alive. He finally sends for her after securing a good job with the Sidney newspaper, and she can’t wait to be reunited with him, swept up in his arms and thoroughly kissed. And of course, married as soon as possible. But when she arrives at the train station, there is no Patrick waiting for her. Shannon must discover if the man she loves still has feelings for her.

BETWEEN THE LINES by Annette Lyon
Jane Martin is intelligent but extremely shy, especially around men. When the Aid and Cultural Society proposes a letter-writing program, Jane signs up, hoping she can find true friendship. The program doesn’t run as smoothly as expected, and unknown to Jane, one of the men in her city becomes her writing friend. Thomas Allred has always known Jane, but reading her letters written to his secret persona, opens his eyes to what an amazing woman she is. The only trouble is, Jane doesn’t know that the man who she is falling in love with through letters is also Thomas, the man who is falling in love with her in person.

BLACKBERRY HOLLOW by Heather B. Moore
Lucy Quinn travels to England to inspect her inherited estate before she puts it on the market. She spends time learning about her ancestors. What she doesn’t expect is Calvin Bevans, the man living next door. The two families have been divided by a misunderstanding decades old, and when Lucy discovers a set of love letters, she learns the truth. As Calvin helps her unravel the hidden secrets between the two families, Lucy finds that she has more reasons to stay in England than to return to New York. 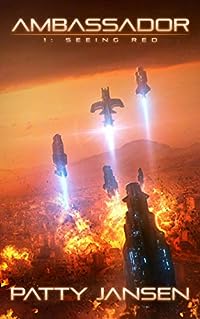 In Coldi society, you get killed for looking the leader in the eye. Try accusing him of murder.

For years, I trained to become Earth’s new representative at gamra. I learned about their laws, their history and customs, the Coldi language, their all-pervasive loyalty networks. I knew it all.

(Yeah, I know I was a cocky little piece of you-know-what)

Then. On the first day of my job, it all went to hell in a handbasket.

The job. The relationship between Earth and gamra.

They killed our president. “They” being indisputably of alien origin.

I’m stuck on this strange world, where I have no help, less money, where my former allies shun me, and where you get killed for looking the head honcho in the eye.

And I’m going to accuse him of murder. 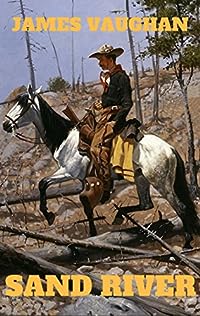 Jack Grice had spent his life running. He grew up at a wild time and did what he had to do to survive. The law took one view of it; he took another. And the law wouldn’t get off his back. He did time, broke out of prison. He went north, hoping to leave the past behind. But the past followed him. And now there were murder charges. Whichever way he turned, trouble was right there. This is his account of what happened.
Jack was born in Charleston in 1861. His parents died early of cholera and his guardian died when he was fifteen, leaving him penniless and alone. He went west and got work as a cattle drover. He shot an outlaw who was trying to rob him. Another outlaw, named Ibbetson, got away alive.
Later, he ran across a cowboy called Skeeter on a cattle drive. They met again in a saloon and Skeeter asked him to help drive a herd of horses. Jack didn’t know they were stolen. He was arrested, went to jail. During his trial, he broke out of the courthouse with another inmate, who shot a courthouse constable. After that, a rope was waiting.
He went north and got work on a ranch called Sand River. For a while it looked like he’d outrun trouble. He did the job and stayed clean. But up there, range wars were being fought. Ranchers hired range detectives to handle trouble. To some, they were hired killers. One of them was Ibbetson. When they met again, Jack knew it wouldn’t end well. His past had arrived. 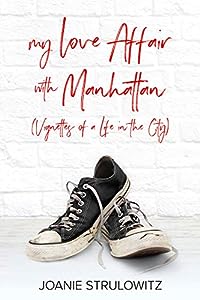 My Love Affair with Manhattan: Vignettes of a Life in the City
by Joanie Strulowitz

The very concept of New York City conjures up a wealth of emotions in many people. For writer Joanie Strulowitz, it has always been a place of magic: an enticing playground, a cascade of art, a wonderland of fascinating characters, a youth serum to keep her feeling forever young.

Believing herself to be a New Yorker who just happened to be born in Iowa, Strulowitz felt the tantalizing call of Manhattan from the time she was four, and eventually made her home there. In this love song to the City, she pays adoring tribute to the essence of Manhattan from its intense pace and the pounding excitement in the air to the funky charm and even the glittering pavement that provides a stage on which it all unfolds.

The City is her laboratory, her art studio, and the extraordinary inspiration for this collection of captivating vignettes. In each short but sublime piece, Strulowitz evokes the luminous ambiance that has lured artists and adventure seekers to the island metropolis for generations: enthralling chance encounters, the slightly terrifying exhilaration of first subway rides, the soothing clink of silverware in a favorite sidewalk cafe, the urge to break into song when discovering a perfect little boutique.

Anyone who has lived in New York City, played tourist there, or just dreamed of paying a visit will find something to love in this transcendent appreciation of the jewel-encrusted celebration of life and art that is Manhattan.

A Recipe for Murder
by Roderic Jeffries

Everyone has a breaking point…

Frustrated by her marriage to novelist Kevin Scott – whose books have never brought the fame and fortune he once promised – Avis wants to change the direction her life is taking.

And what could be more appropriate than a new marriage to another, wealthier, man?

Even if that man is already married to another woman.

For now, at least…

Yet as Avis plots and schemes, all her friends and neighbours know of her is what they see, and what Avis chooses to tell them.

As her web of lies grows ever bigger, she spins an elaborate tale about her husband striking up a close friendship with another woman.

So when Avis Scott suddenly vanishes, and her car is dragged from the sea, is it any wonder that suspicion falls upon her husband, Kevin Scott?

Avis’s friends are convinced that he has killed her and they tell the police just that.

Their accusations seem to have been justified with the discovery of Avis’ body.

But is Kevin Scott really capable of murdering his wife?

Detective Sergeant Kelly is the man who must unravel the complicated life of Avis Scott, both public and private, and in doing so he must unpick the intricacies of the local community and the notorious divide between old and new money.

Pressure starts to mount when a second member of the community is found murdered.

Will the laid-back detective finally catch the killer?

A Recipe for Murder has all the elements of a classic British crime novel, and is bound to please lovers of detective fiction the world over.