As she writes fiction and nonfiction, Phyllis Edgerly Ring watches for the noblest possibilities in the human heart. The Munich Girl, traces a pathway of love and secrets in WWII Germany when protagonist Anna Dahlberg discovers that her mother shared a secret friendship with Hitler’s mistress, Eva Braun. The Snow Fence Road is a beautiful story about complex relationships and the restorative power of love. Enjoy! 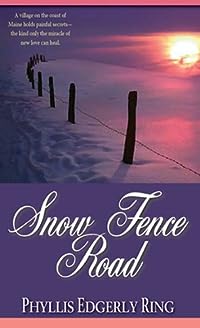 A village on the coast of Maine holds painful secrets —
the kind only the miracle of new love can heal.

Tormented by her fiancé’s death, Tess Johansen escapes to the only place that can still comfort her — the Spinnaker Inn in coastal Maine. Here in this place by the sea she feels close enough to the man she lost to numb the pain, if not the guilt.

For local craftsman, Evan Marston, the ramshackle inn serves only as a grim reminder of the accident that shattered his life and killed the woman he once loved. But while the Spinnaker’s walls may hold guilt and grief and suspicion, they might also house a bright new spark.

Drawn together by a love they never expected, Tess and Evan begin to unravel the mysteries of their pasts and question the miracle at work in their wounded hearts — until one fateful evening along a snow fence road… 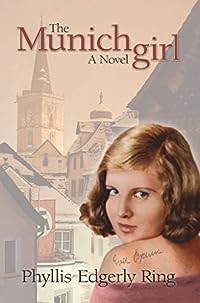 The Munich Girl: A Novel of the Legacies that Outlast War
by Phyllis Edgerly Ring

Anna Dahlberg grew up eating dinner under her father’s war-trophy portrait of Eva Braun.
Fifty years after the war, she discovers what he never did — that her mother and Hitler’s mistress were friends.

The secret surfaces with a mysterious monogrammed handkerchief, and a man, Hannes Ritter, whose Third Reich family history is entwined with Anna’s.

Plunged into the world of the “ordinary” Munich girl who was her mother’s confidante — and a tyrant’s lover — Anna finds her every belief about right and wrong challenged. With Hannes’s help, she retraces the path of two women who met as teenagers, shared a friendship that spanned the years that Eva Braun was Hitler’s mistress, yet never knew that the men they loved had opposing ambitions.

Eva’s story reveals that she never joined the Nazi party, had Jewish friends, and was credited at the Nuremberg Trials with saving 35,000 Allied lives. As Anna’s journey leads back through the treacherous years in wartime Germany, it uncovers long-buried secrets and unknown reaches of her heart to reveal the enduring power of love in the legacies that always outlast war.