That Plant Makes Me Sad

I have discovered that I have super powers, but unfortunately I am not a hero. I am a VILLAIN! Slowly but surly I am killing the unkillable plant. It’s called a ZZ plant, and it is known for being extremely hard to kill. Apparently I accepted that challenge. I have no idea what I am doing wrong. I don’t mess with it and I only water it once a month just as the instructions say. No matter what I do (or don’t do) the plant is still dropping leaves and dying. This is quite distressing since I have been gardening for most of my life, and you would think I could keep an unkillable plant alive. Everything I am reading on this plant says that it should be thriving. Nope. This makes me question if I know anything about plants. NEW PLAN! I am going to put it in a forgotten corner and not even look at it until Spring. Either I find a plant or an available pot. No more guilt. 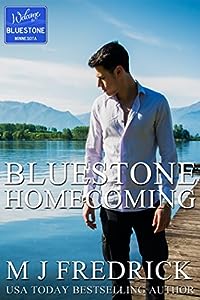 He’s back to visit, but can love convince him to stay?

War correspondent Leo Ericson returns to his hometown of Bluestone Lake, Minnesota, when his parents notify him his young son is having trouble fitting in at school. Leo doesn’t know how to be a single parent since the death of his wife, and he certainly has no desire to return to Bluestone. But he needs a place for his son, a place where he’ll be with family, while Leo does his job. He’ll stay long enough to get Max settled, then go back to work.
School counselor Trinity Madison watches Leo struggle with his son, trying to overcome the mental barricade she’s erected against the man who sent his son away when he’s perfectly capable of caring for the child. The situation brings about her own unsettled feelings about giving her child up for adoption when she was young. But as she observes Leo’s difficulties, his sacrifices, she softens toward the man.
While he’s in town, he ends up working with some old friends and Trinity on a committee to revitalize Bluestone. The former resort town is struggling and looking for ways to bring tourists back. Leo finds himself charmed, then smitten with the feisty counselor, but will he still love her when he learns her secret? 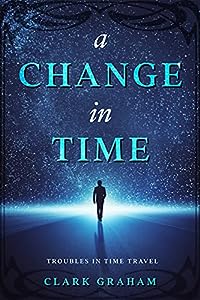 A Change in Time: Troubles in Time Travel
by Clark Graham

Rodger shouldn’t have gone on the mission. They said he was too old, but he had funded the time machine, so he insisted. When he came back, everything has changed. His dead wife is now alive. The inventor of the time machine doesn’t know it exists. Another time machine is being built and having two machines will destroy the very fabric of time. It’s up to Rodger to stop the catastrophe. The only problem is, he doesn’t want to. 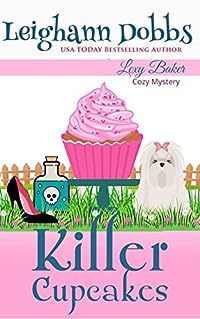 Hilarious whodunit with quirky characters for fans of Golden Girls and Murder She Wrote. A clean, fun read. Recipes Included!
The Lexy Baker series is definitely a page turner!
Things are going great for Lexy Baker. She’s finally opened her dream bakery, gotten rid of her cheating boyfriend and settled into her grandmothers house with her perky dog Sprinkles at her side. But her blissful life doesn’t last long. When her ex boyfriend is found poisoned with cupcakes from her bakery,

Lexy finds herself in the middle of a murder investigation headed up by her hunky neighbor detective Jack Perillo. With the help of a gang of iPad toting, would-be detective grandmothers, Lexy decides to take it upon herself to find the real murderer in order to clear her name and get her bakery back in business.

As things heat up on the murder trail, in the kitchen and between Lexy and the hunky detective, it’s a race against time to put the real murderer behind bars and get back to baking.

** Author not responsible for any pastry cravings you have while reading this book.

(This is book 1 in the Lexy Baker Culinary Cozy Mystery Series with Recipes, but you don’t have to read them in order if you don’t want too!) 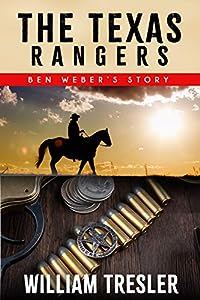 Ben Weber is a loner with a fearsome reputation. Whether bounty hunting or bouncing at the saloon, he works alone, and he does it well. He has unbending ethics that guide him on his quest. Ben has a secret, a sworn revenge he’s compelled to fulfill.

After hearing the Texas Rangers were looking for good men, Ben returns to his hometown of Brownsville and joins the Special Force, a branch commanded by the famous Captain Leander H. McNelly.

The Ranger’s mission is to subdue a resurgence of Bandito attacks on local residents and ranchers. Their leader is a ruthless outlaw known as El Emperador, who takes what he wants and rides roughshod over anyone daring to oppose him. He leaves a grisly trail of death and destruction.

Will Ben find the man responsible and avenge the death of his loved ones? Will Ben and the Texas Rangers quell the random attacks and bring peace back to their corner of Texas? And can Ben do so without compromising his own code of ethics?

Blood will spill, but the job will get done.

Note: Each book in The Texas Rangers series is a standalone story that can be read out of order. 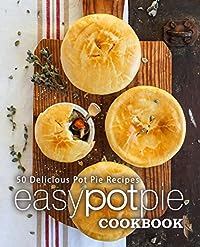 A Guide to Pot Pies

Get your copy of the best and most unique Pot Pie recipes from BookSumo Press!

In this book we focus on Pot Pies and savory pies. The Easy Pot Pie Cookbook is a complete set of simple but very unique Pot Pie recipes. You will find that even though the recipes are simple, the tastes are quite amazing.

Here is a Preview of the Pot Pie Recipes You Will Learn: